Feast of Our Lady of Guadalupe

This feast day, December 12, is a huge celebration for Mexican Catholics as Our Lady of Guadalupe is the patroness of Mexico. The large Catholic, Latino population in southwest Detroit had many celebrations at multiple churches throughout the day. I had the opportunity to celebrate the morning Las Mañanitas at Most Holy Redeemer. 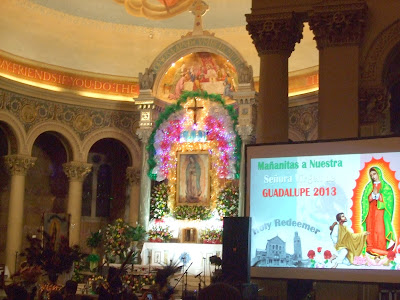 Las Mañanitas are traditional songs that Mexicans sing early in the morning on special holidays, including the Feast of Our Lady of Guadalupe. The celebration started with a group performance of traditional Aztec music and dance. 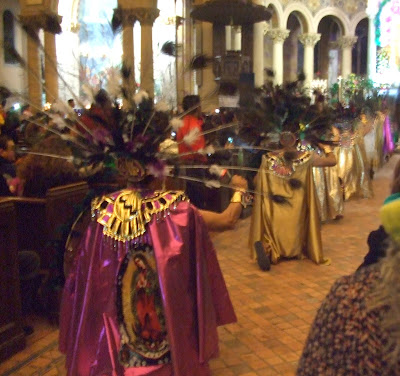 Afterwards, Auxiliary Bishop Donald Hanchon led a brief prayer service.
After prayer, the concert began. About a dozen Mexican folk music groups performed continuously for the next two hours. All of the songs were performed in a manner reminiscent of ad orientem, as the performers typically faced the altar. 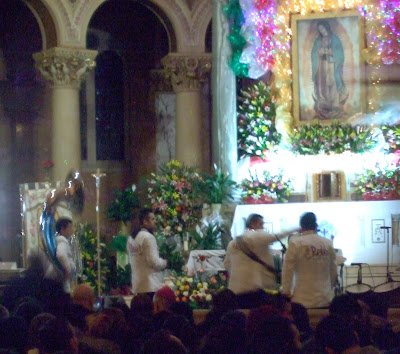 I was pleased to see the church beyond capacity, to the point that hundreds of people had to stand in the side aisles. 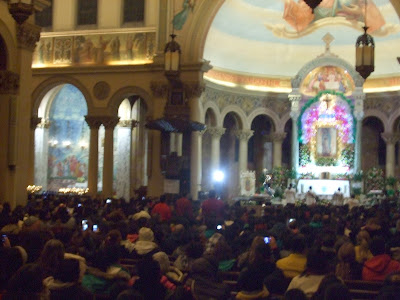 Devotees commemorated the apparition of Our Lady of Guadalupe by placing votive candles and flowers at side altars. The high altar featured a large, decorated image of La Virgen. 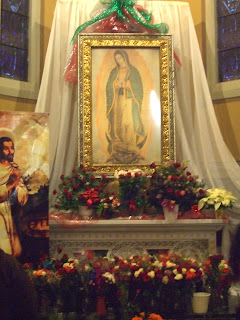 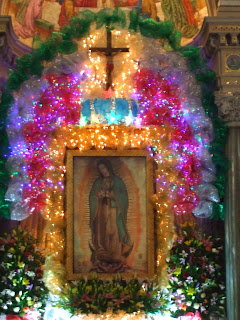 In the evening, I attended a Spanish Mass at St. Hedwig along with three friends. Many different flags were carried in the procession, including several representing Latin America, since Our Lady of Guadalupe is the Patroness of the Americas. 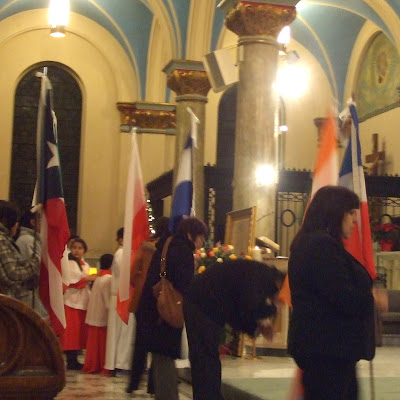 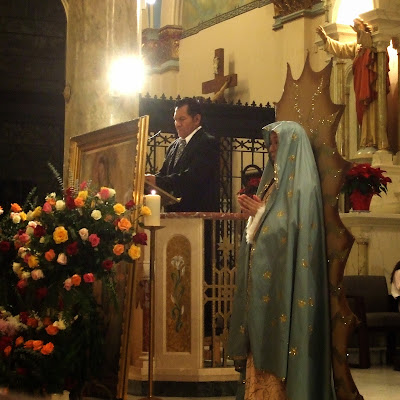 After the homily, parishioners did a representation of the Our Lady of Guadalupe apparitions. 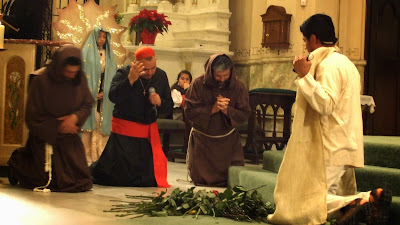 Of course, images of Our Lady of Guadalupe were placed at the foot of the altar and many people brought flowers, prayed, and posed for pictures. 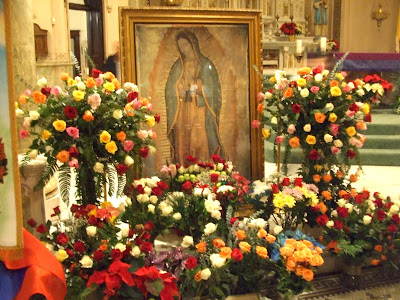 After Mass, everybody gathered in the social hall beneath the church for food, music, and dance performances. 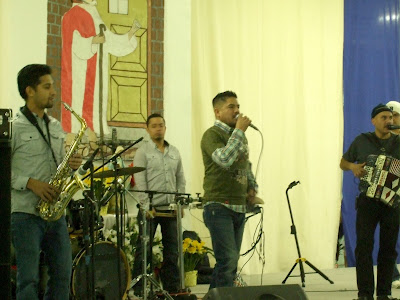 Here, we saw traditional Latin dancing, including more of the Aztec dances, but a majority of the dances had some Spanish influence. 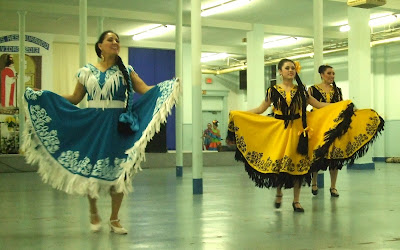 Not just food, but pozole. The version without human flesh in it. http://en.wikipedia.org/wiki/Pozole

I thought it was pozole but there are several kinds of Mexican soup and I didn't want to claim anything too specific unless I knew for sure.

I believe Father mentioned it after Mass, but it was all in Spanish so it might have been about something different.