St. Theodore (St. Mary Cause of Our Joy Parish), Westland

St. Theodore of Canterbury Parish was established in 1965 and the current church was built in 1975 near the center of Westland. 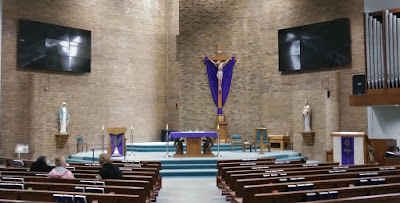 In 2016, St. Theodore merged with other Westland parishes of St. Damian (est. 1955) and Divine Savior (est. 1973). The new parish was named St. Mary, Cause of Our Joy and only St. Theodore Church is still used by the parish. Fr. Ken Mazur, PIME, has been pastor since the merger. 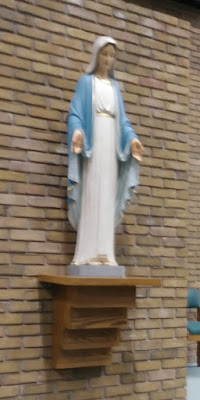 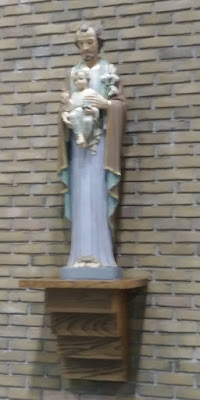 Stations of the Cross line the left/south wall of the nave.. 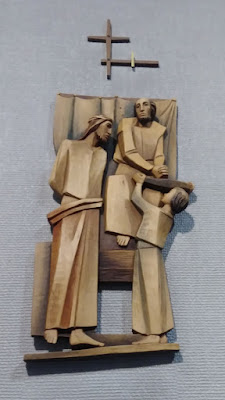 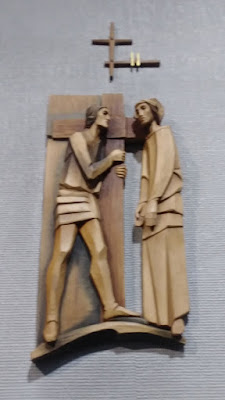 Our Lady of Perpetual Help and St. Therese in the chapel 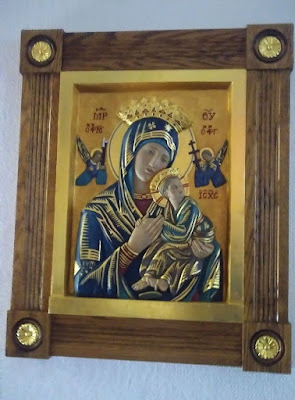 St. Anne with Child Mary and St. Francis of Assisi in the chapel. Symbols of the Eucharist are portrayed a corner of the church. 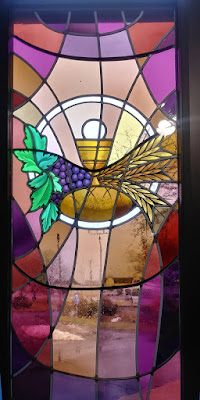 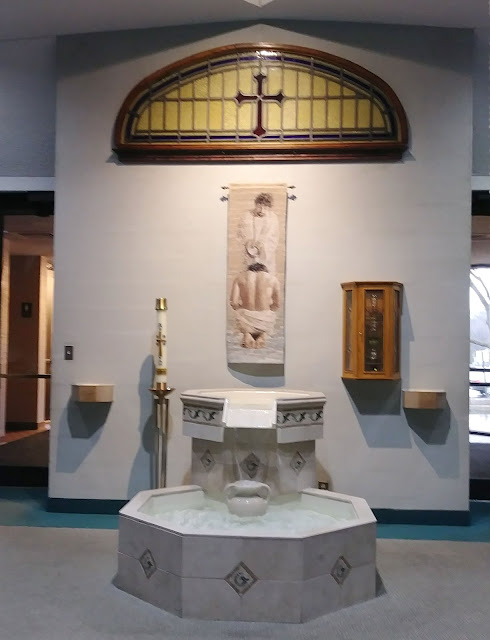 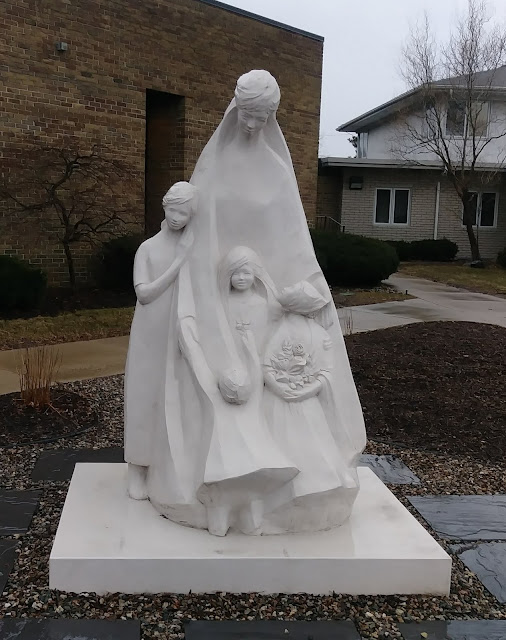 The current edifice was designed by George Diehl and Associates with a capacity for 900. Construction began in 1954 and Edward Cardinal Mooney dedicated the church the following year. 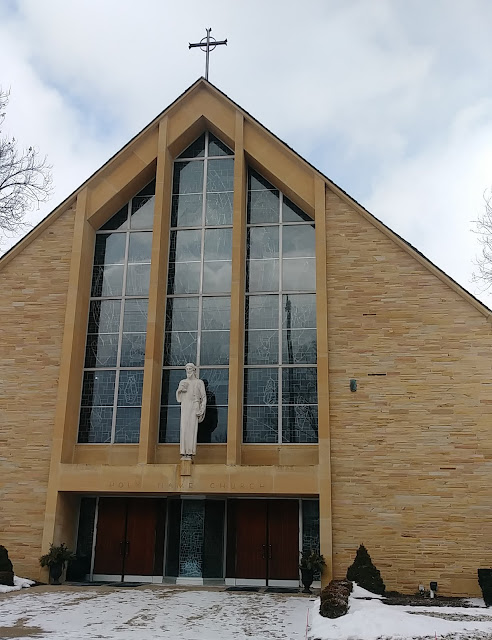 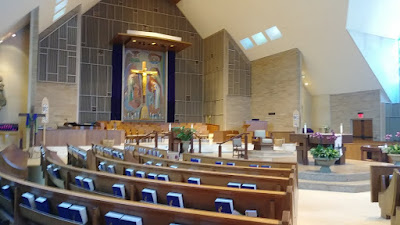 The tabernacle was moved to a side chapel but much of the original high altar remains in place. 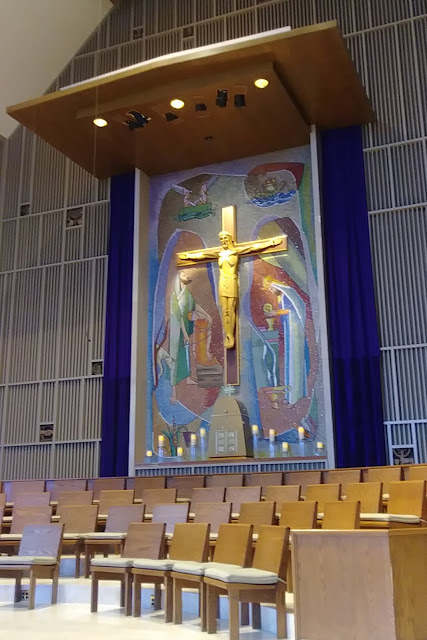 Stations of the Cross line each side of the nave.

The Blessed Virgin Mary and St. Joseph, respectively, where there likely used to be side altars. 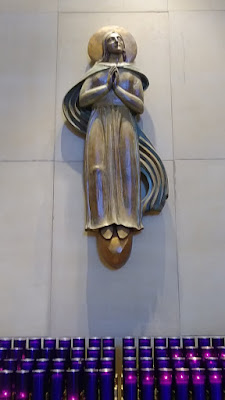 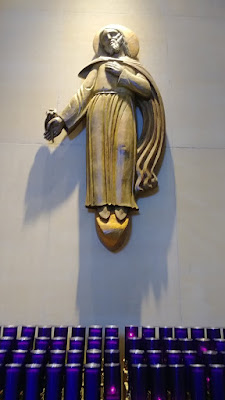 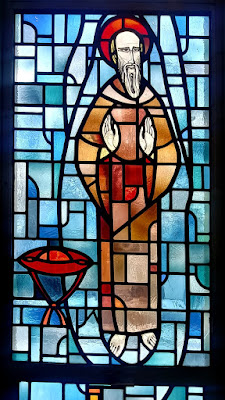 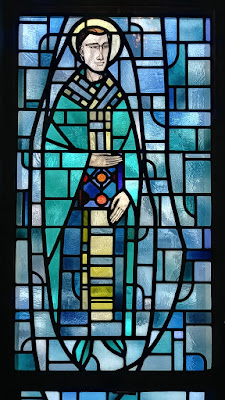 The Descent of the Holy Spirit is portrayed behind the baptismal font; a set of stained-glass windows over the former choir loft. 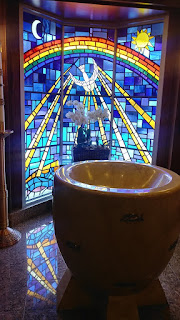 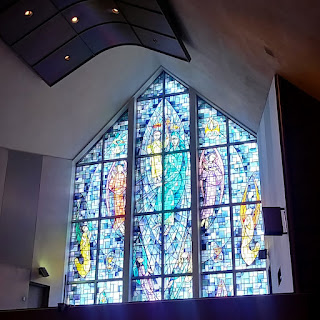