Our Lady Queen of Angels 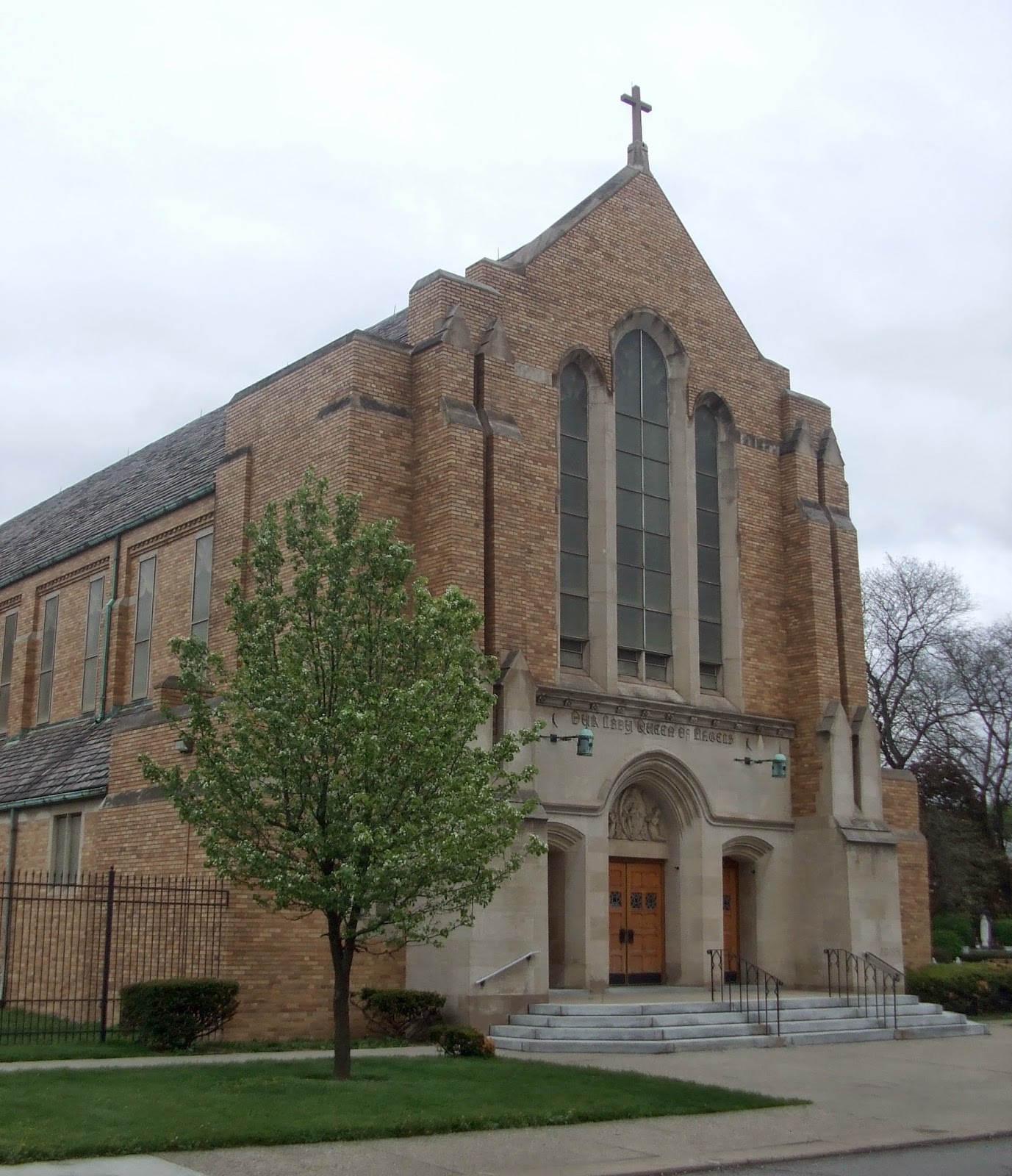 The first Mass at Our Lady Queen of Angels was celebrated on December 8, 1915 — the Feast of the Immaculate Conception. The first pastor was Fr. Raymond Marciniec, a Conventual Franciscan, previously assigned to nearby St. Hedwig Parish. 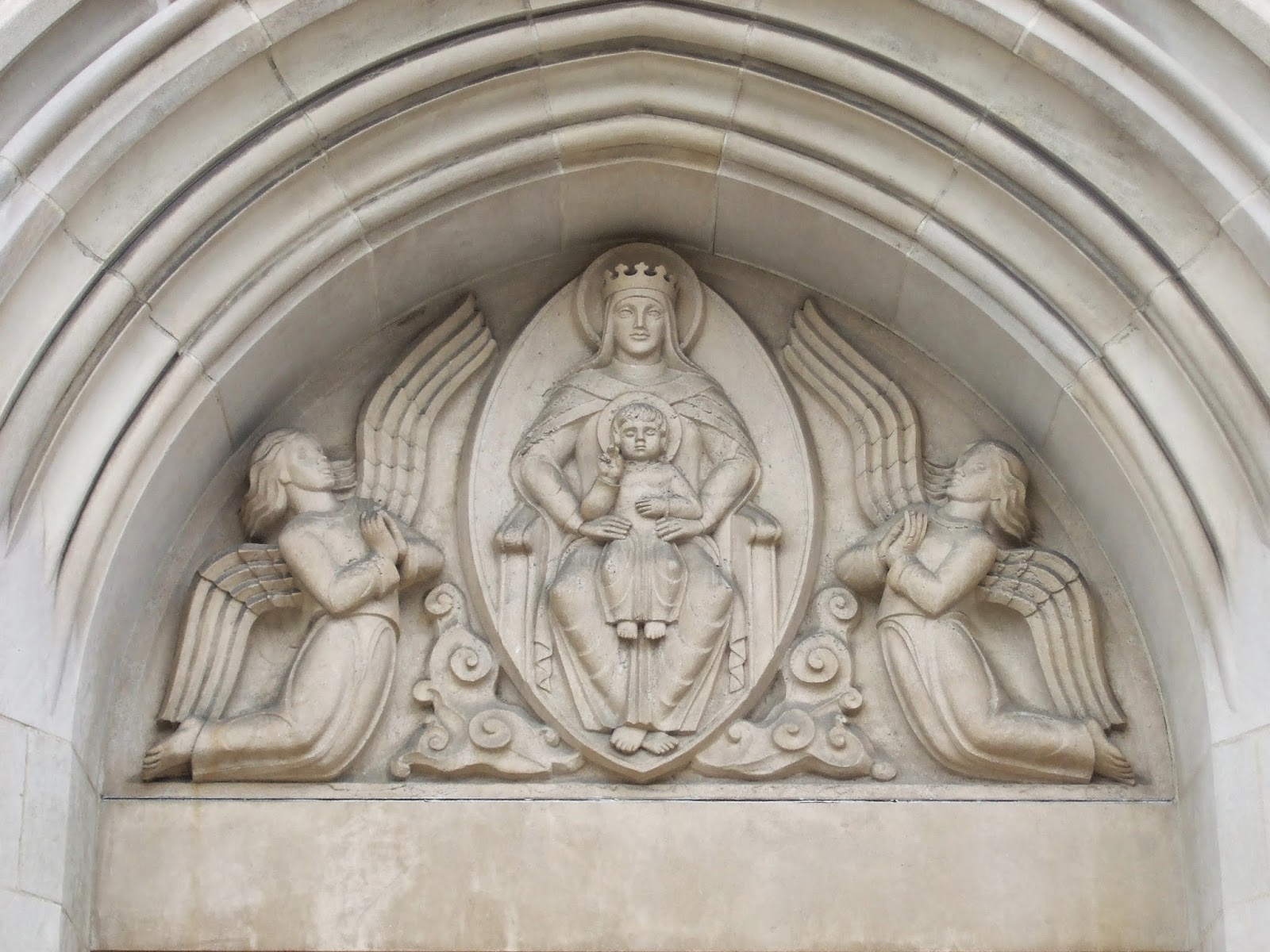 The current church was built in 1952 on Martin Street, one block south of Michigan Avenue, in southwest Detroit. The crossed arms of Jesus and St. Anthony, a traditional Franciscan symbol, is shown in the apse. 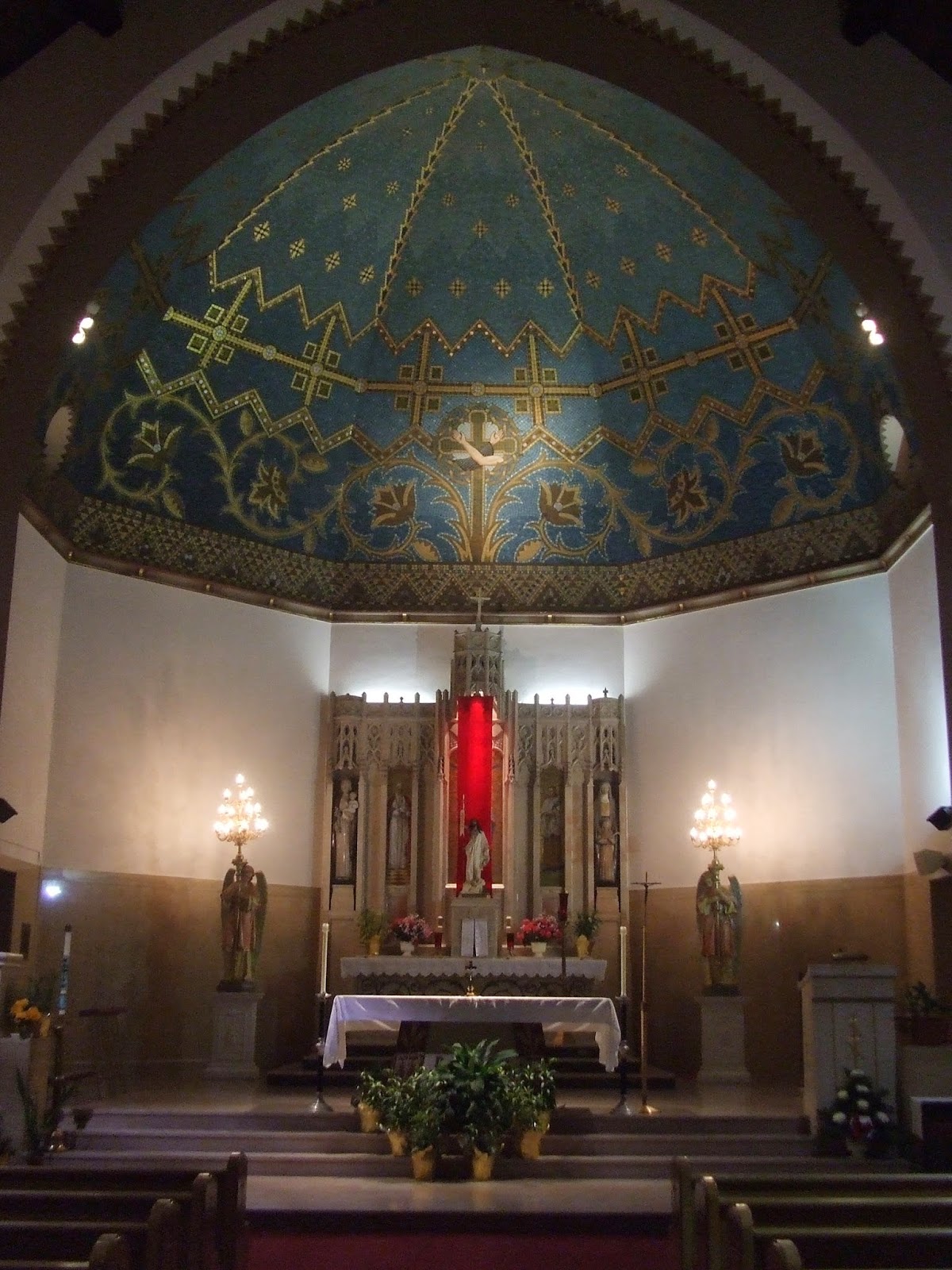 A large mural of the Blessed Mother is shown above the side altar. 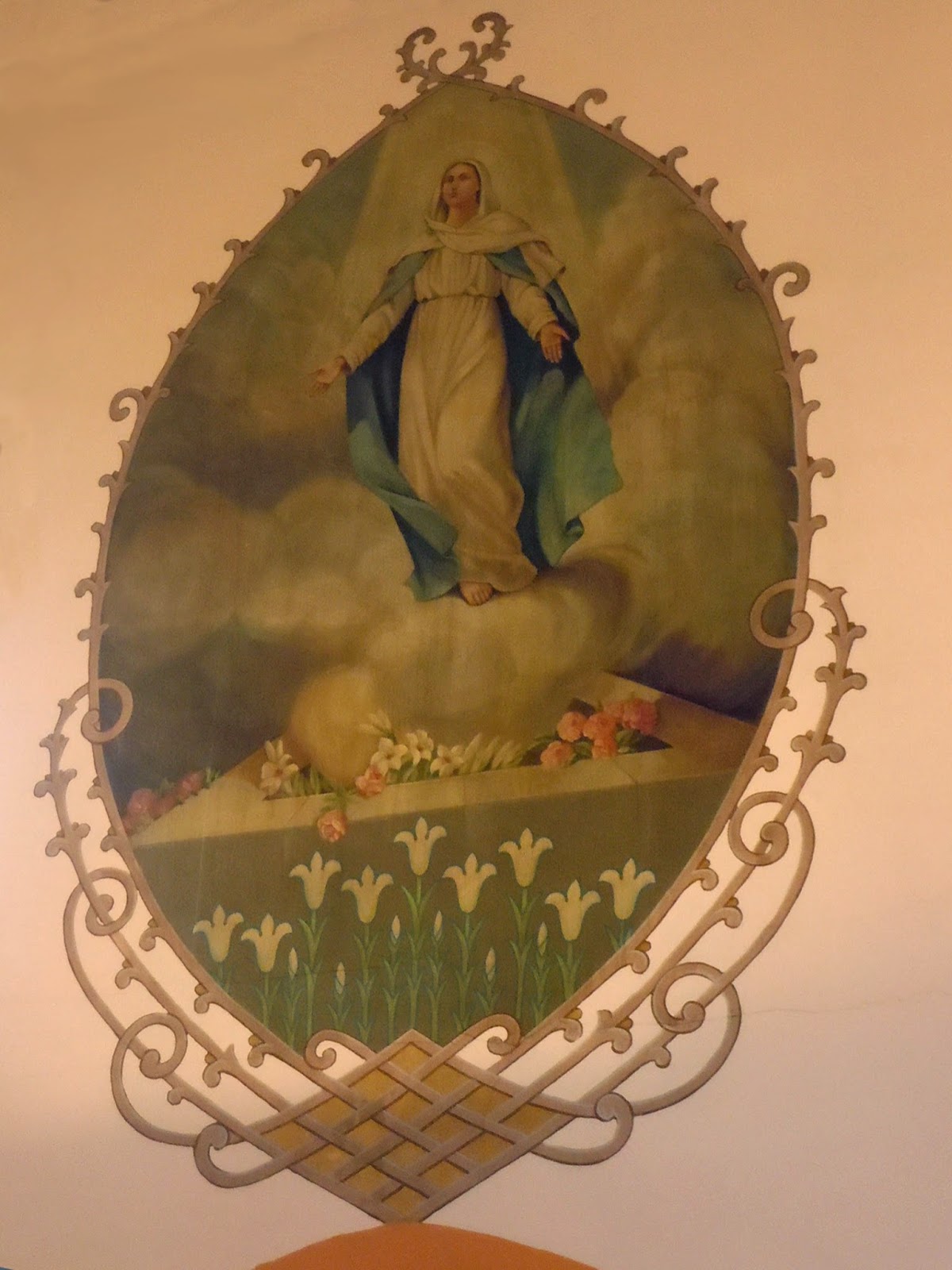 In 1959, an outdoor shrine to Our Lady of Fatima was added. 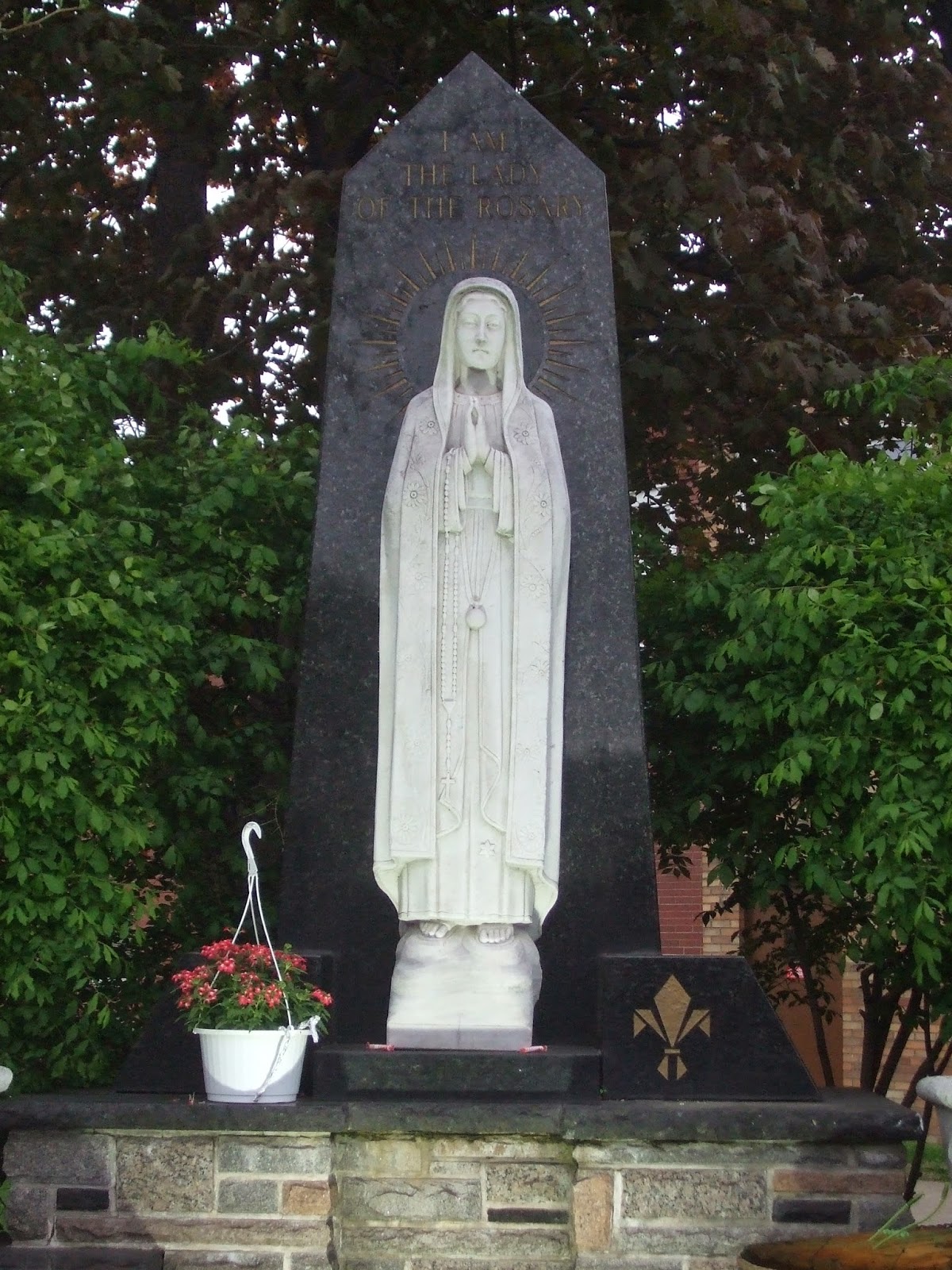 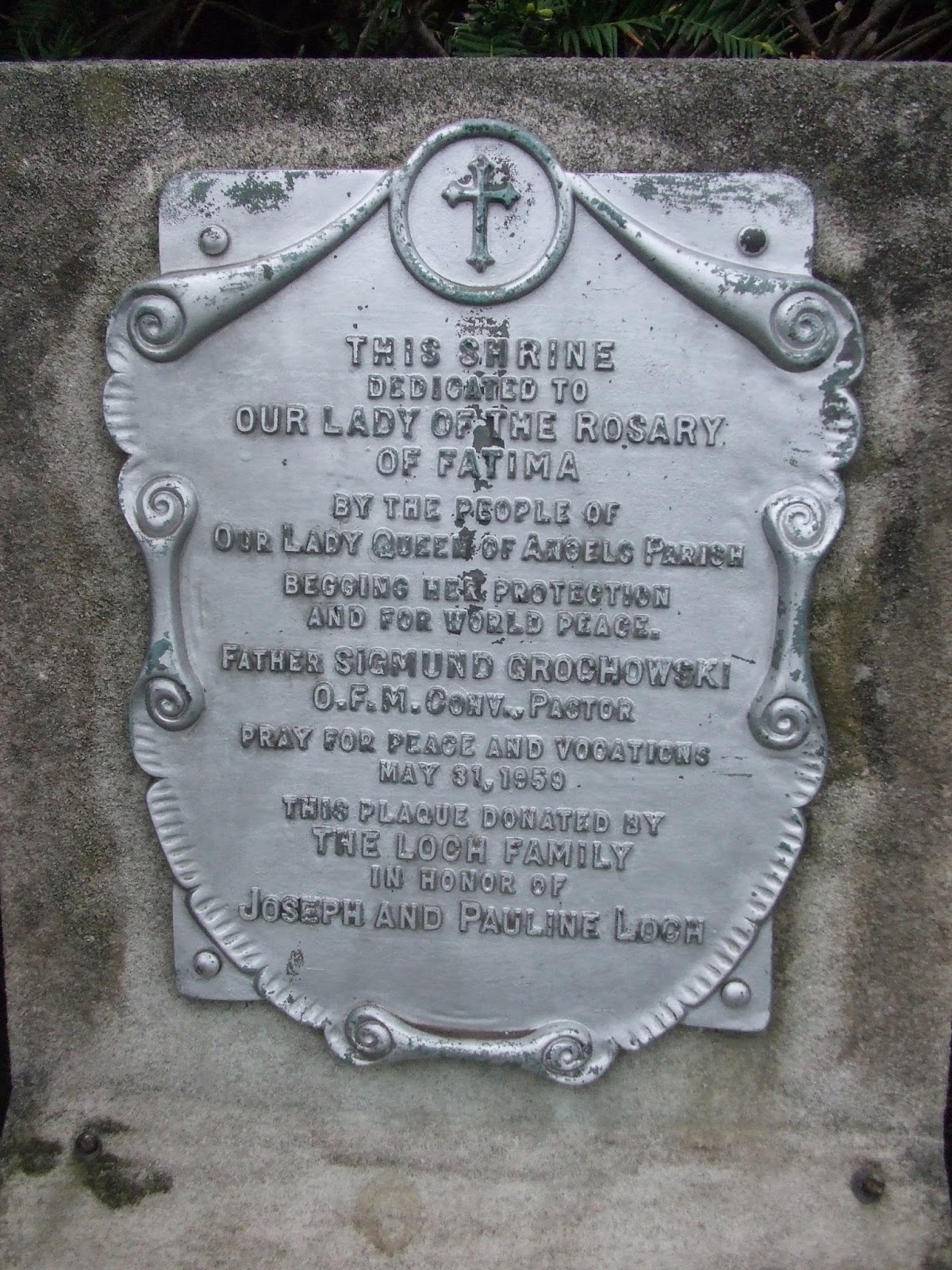 At the beginning of 2014, Our Lady Queen of Angels merged with St. Stephen – Mary,  Mother of the Church to form the new Our Lady of Guadalupe Parish. As the name may suggest, a large part of the congregation is of Latino descent. Both locations, located 1/2 mile apart, are still active. 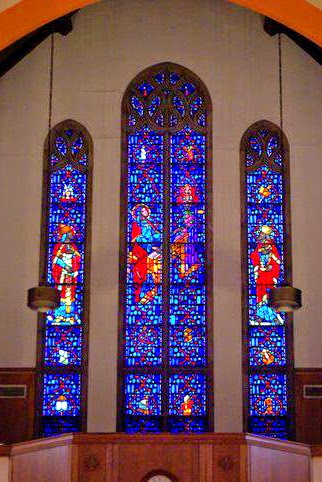 Most of the windows in the nave are geometric and feature pastel colors. Windows above the choir loft and alcoves are more colorful and narrow. 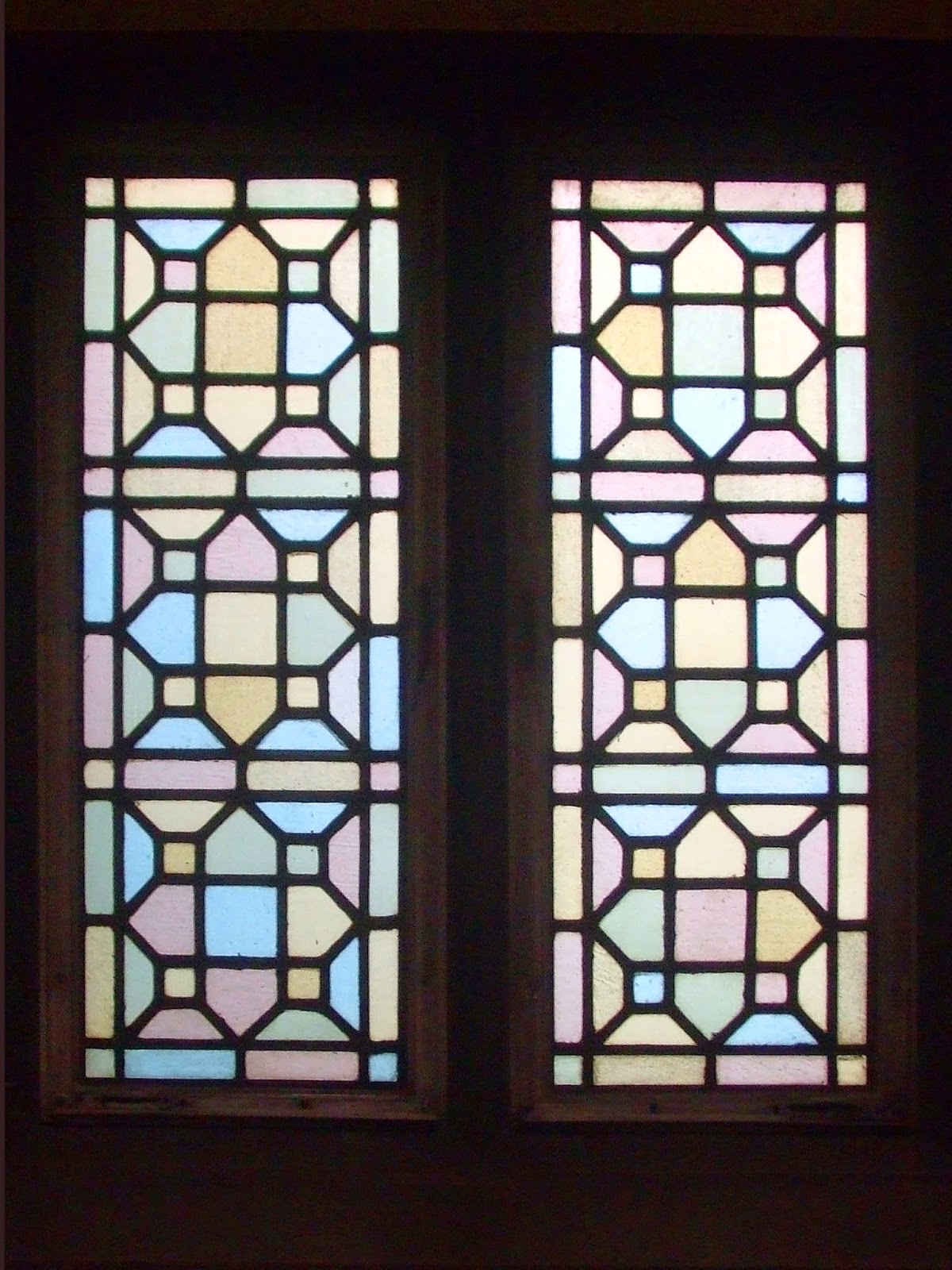 A common sight during the Easter season: an empty tomb in the sanctuary. 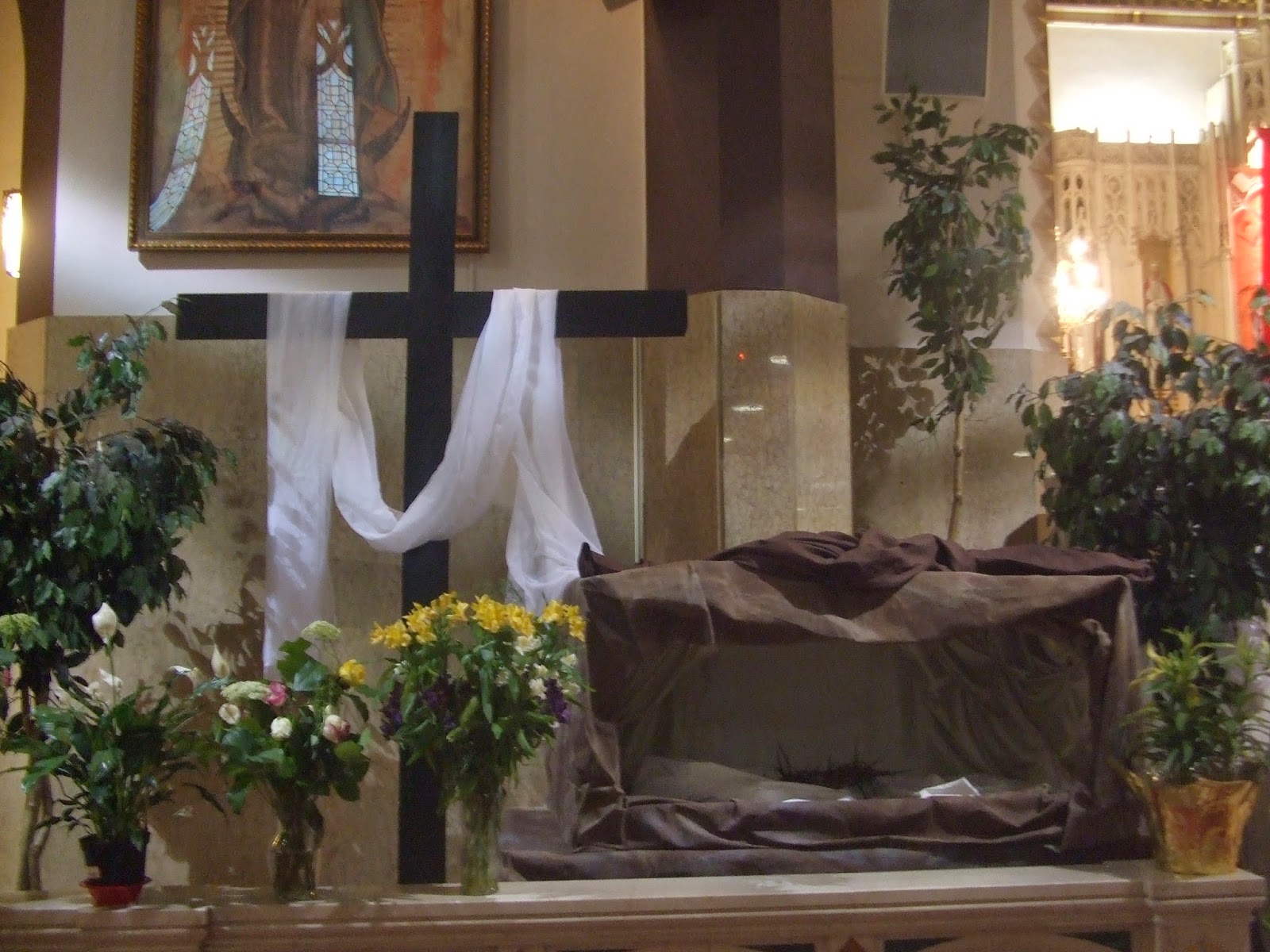 Fr. Marie-Elie Haby currently serves as pastor and Fr. Bernardo Cruz is associate pastor. Fr. Haby is also a Regional Vocation Coordinator wherein he promotes vocations in the Central Region of the Archdiocese. 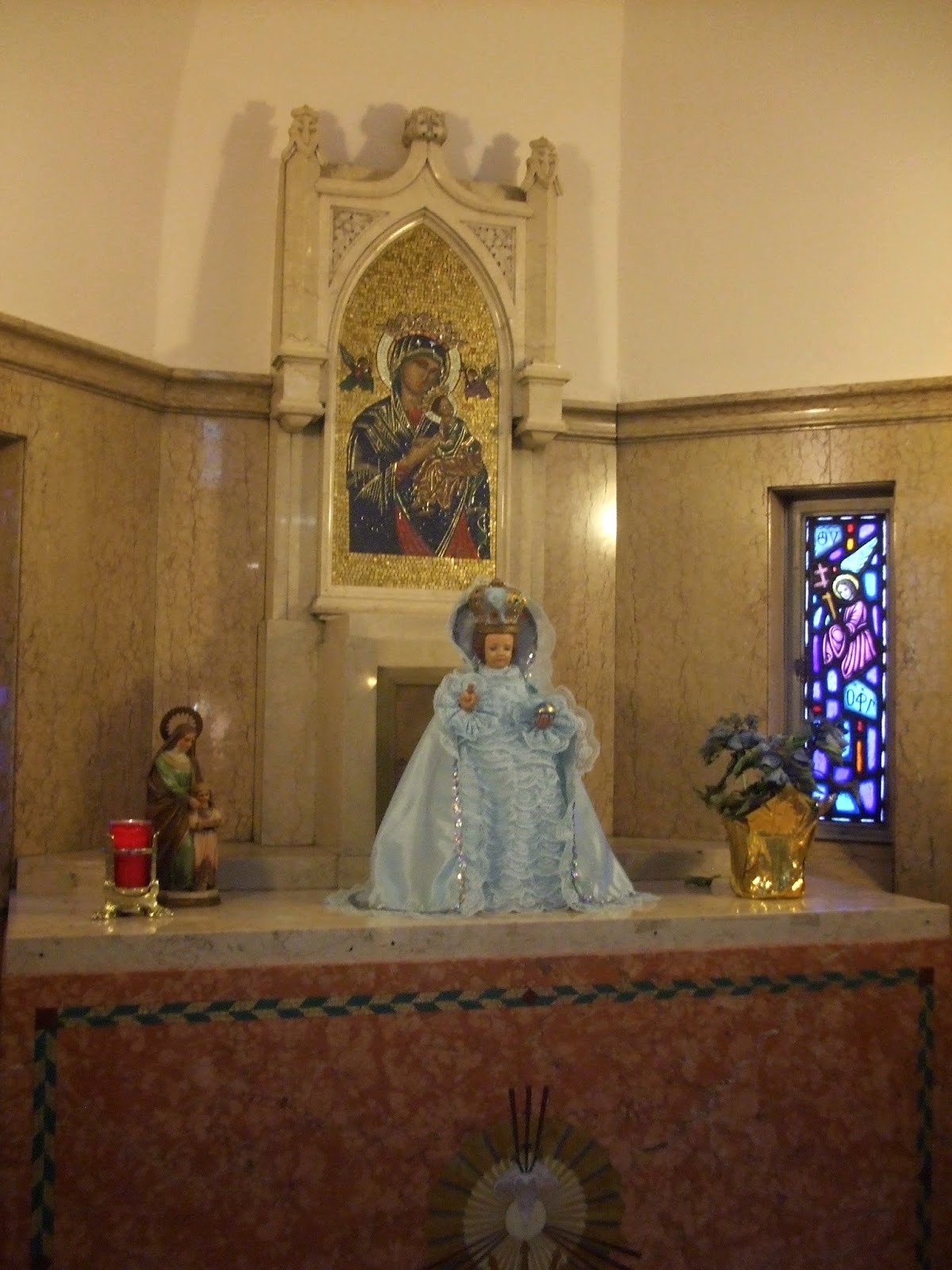 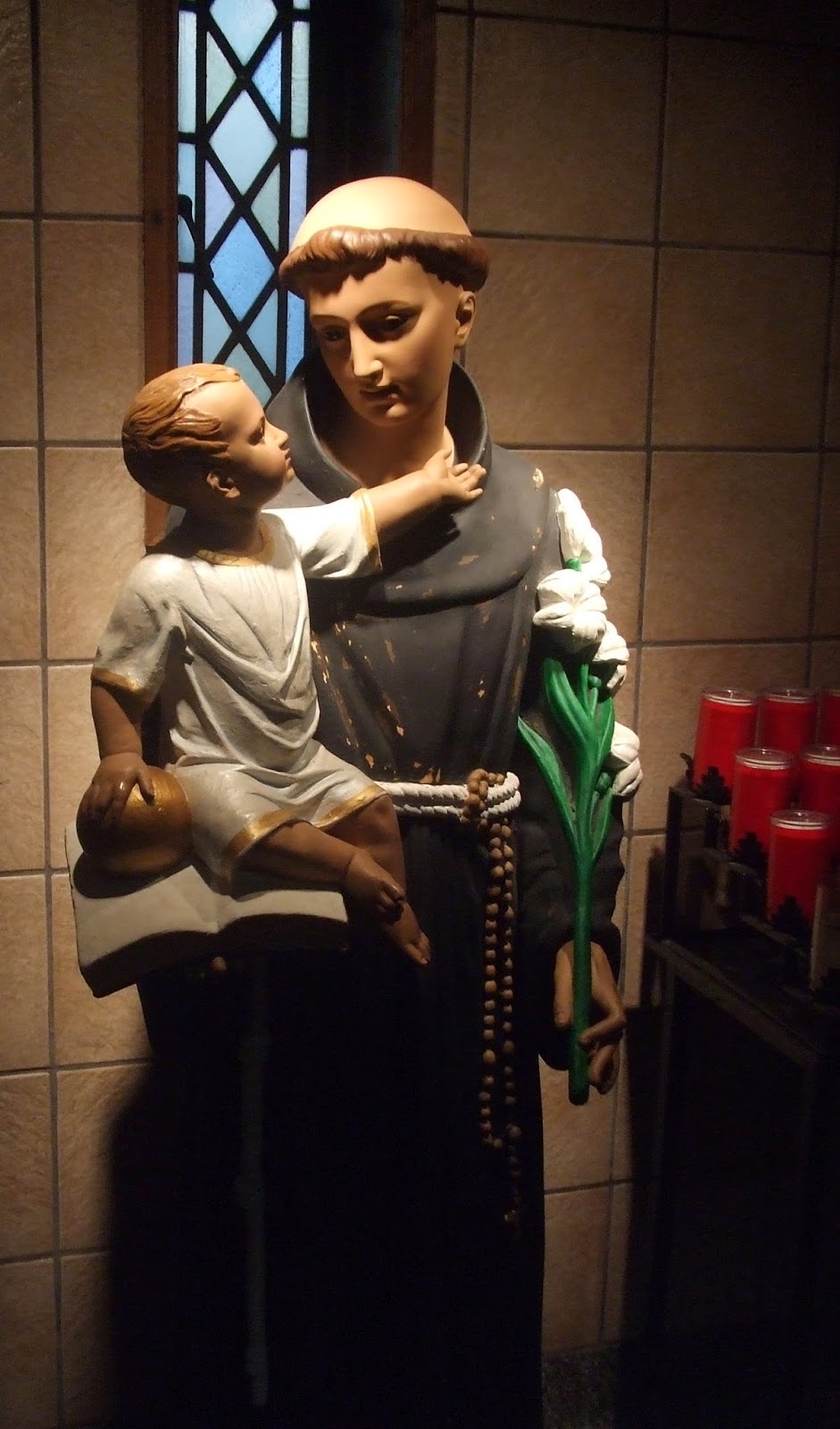 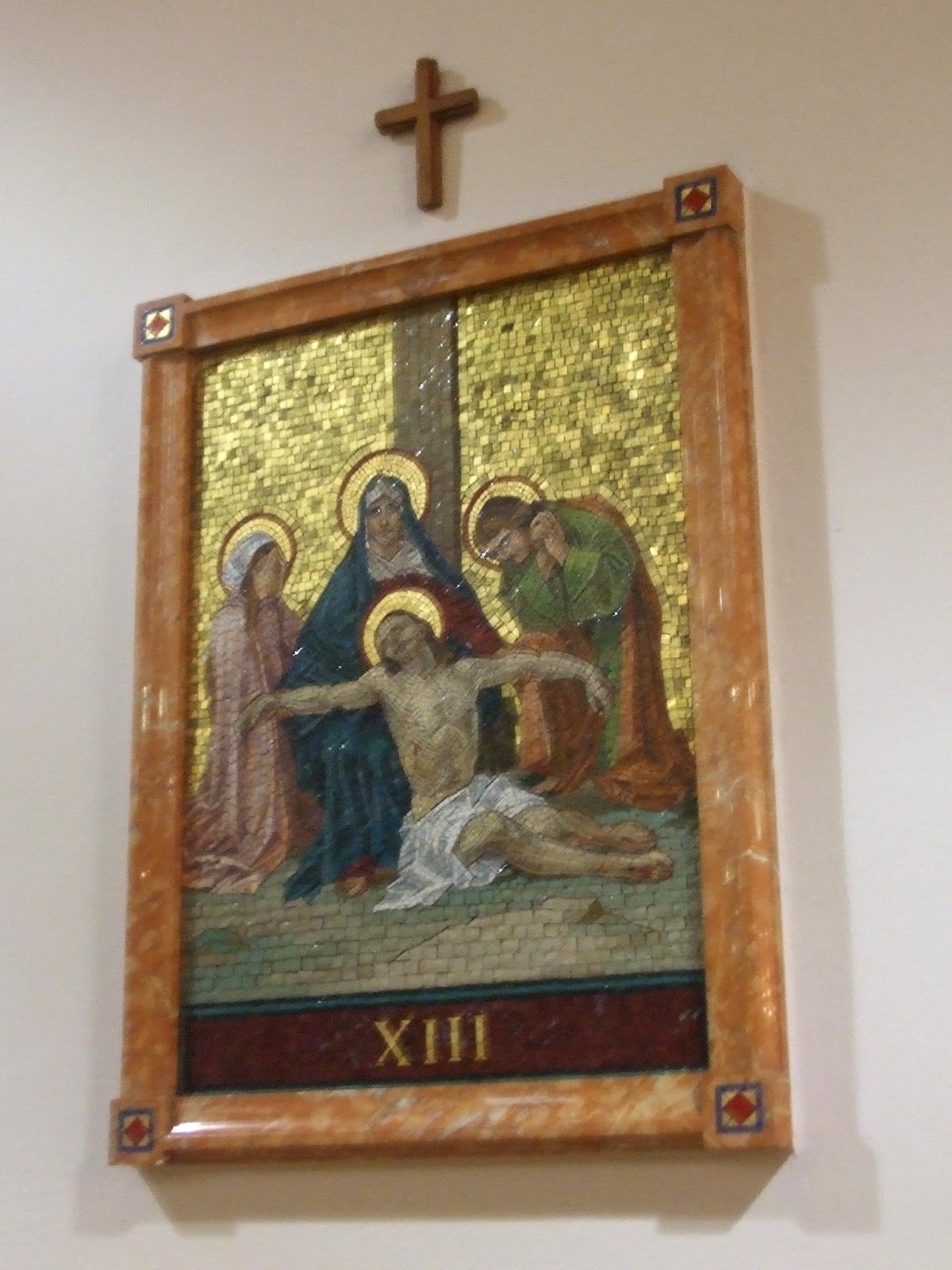 Email ThisBlogThis!Share to TwitterShare to FacebookShare to Pinterest
Labels: Our Lady of Guadalupe, Our Lady Queen of Angels, Southwest Vicariate

Do you know when the school closed? I couldn't find any info about that.

Went to school there and graduated in 1969