Nativity of Our Lord Parish 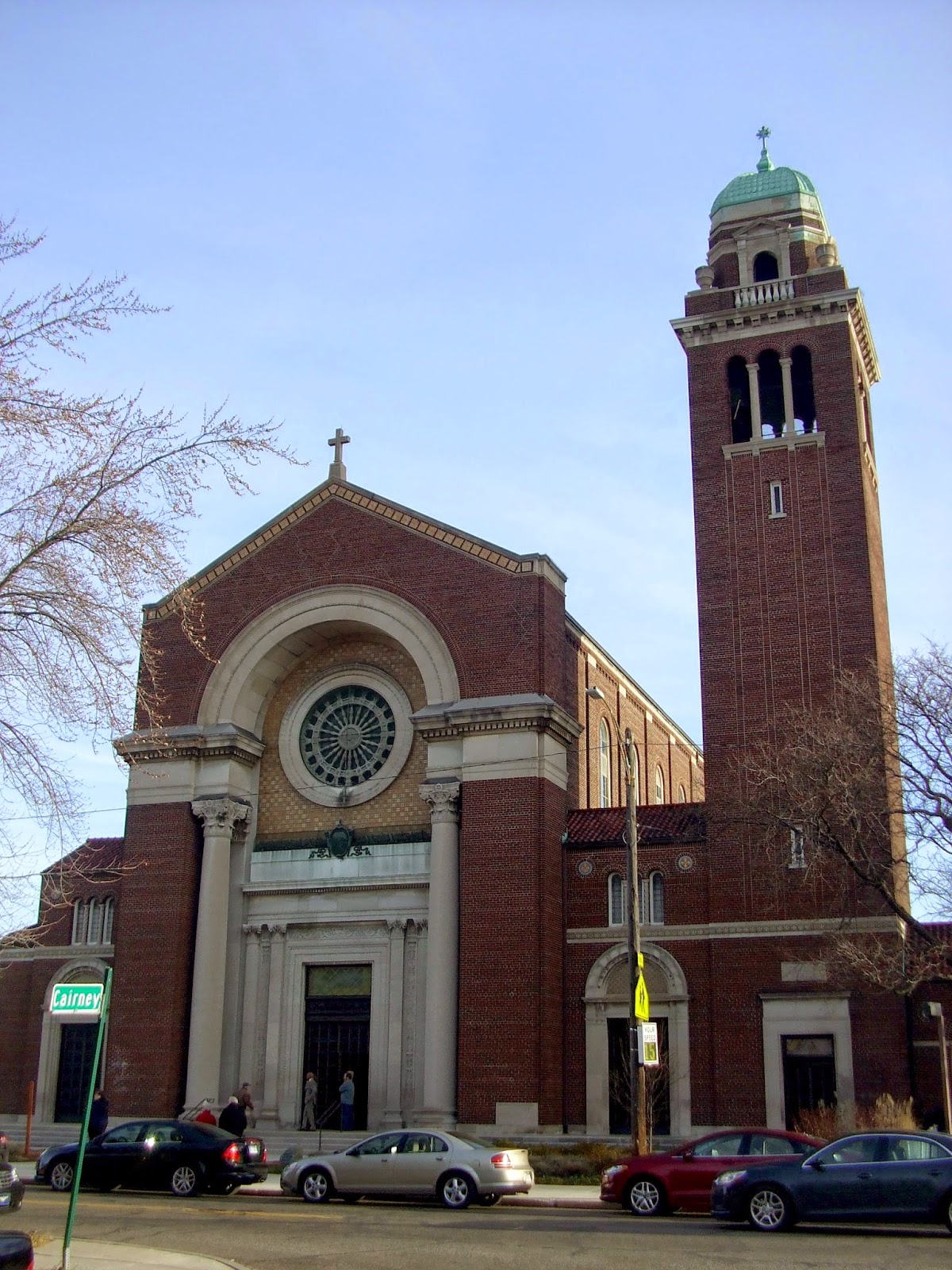 Nativity of Our Lord was established in 1911 in what was, at the time, the unincorporated village of Leesville. Prior to this, most Catholics in the area attended either St. Anthony to the south or Assumption Grotto to the north. 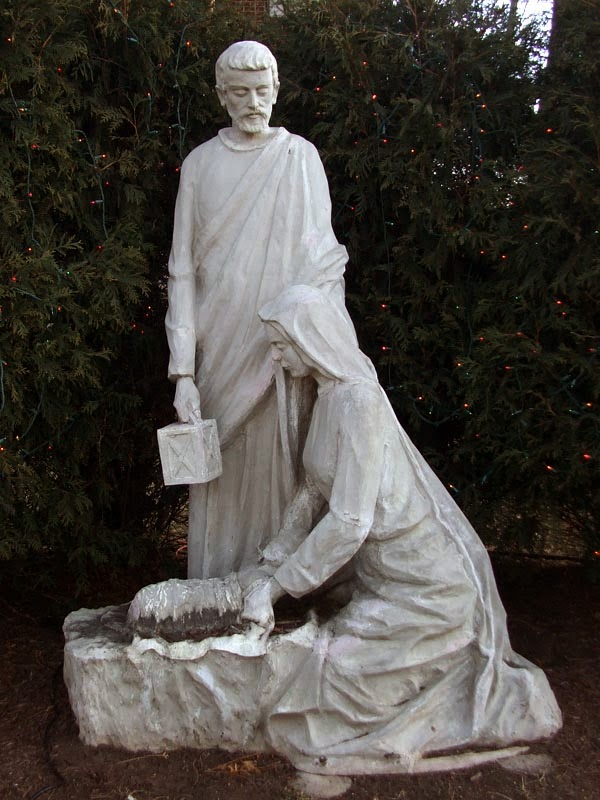 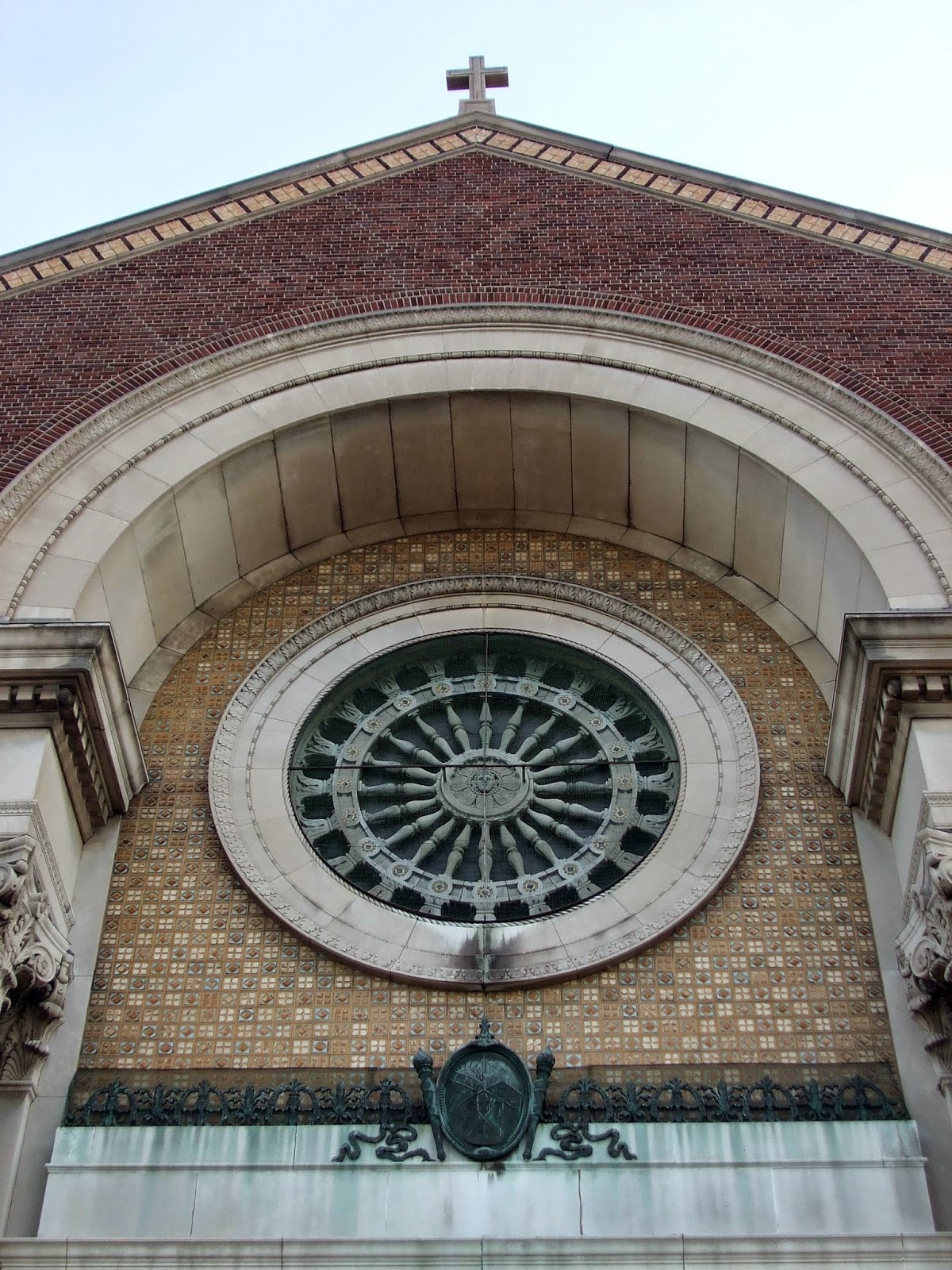 Founding pastor Fr. Frederick Heidenreich celebrated Mass in a school building at Gratiot and Harper until the fledgling parish built ts own school/church on McClellan Avenue a few years later. The first rectory was a converted barn. The school opened in 1914 with 400 students, a teaching staff six of Dominican Sisters and one lay teacher. 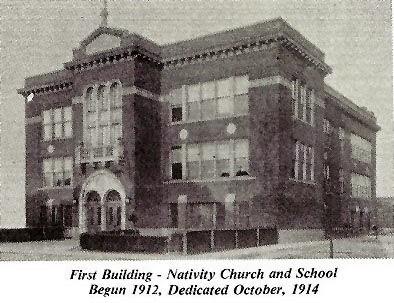 In 1916, a convent adjacent to the school was completed with the capacity to house twenty sisters. Beforehand, the sisters lived on the third floor of the school. 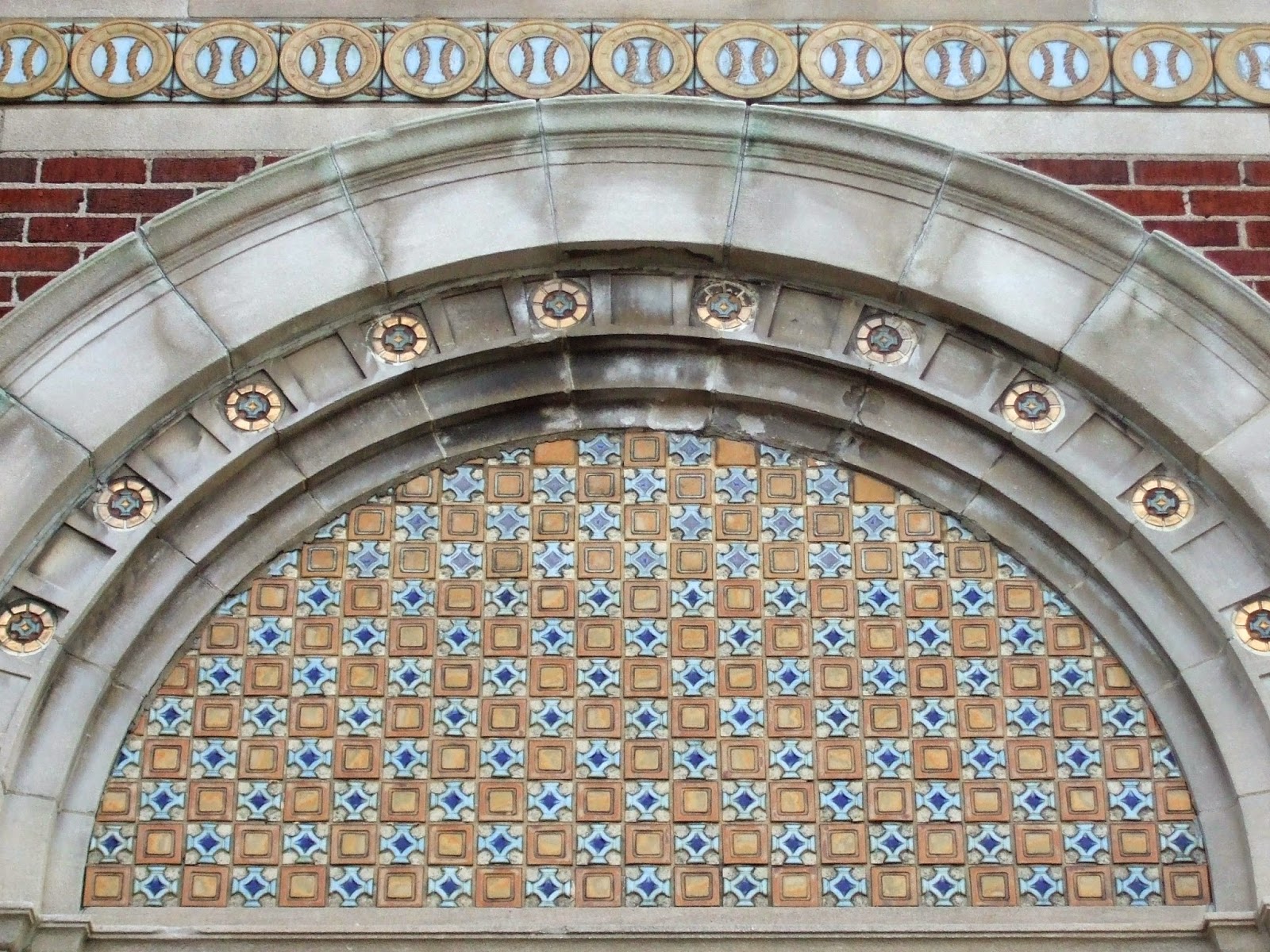 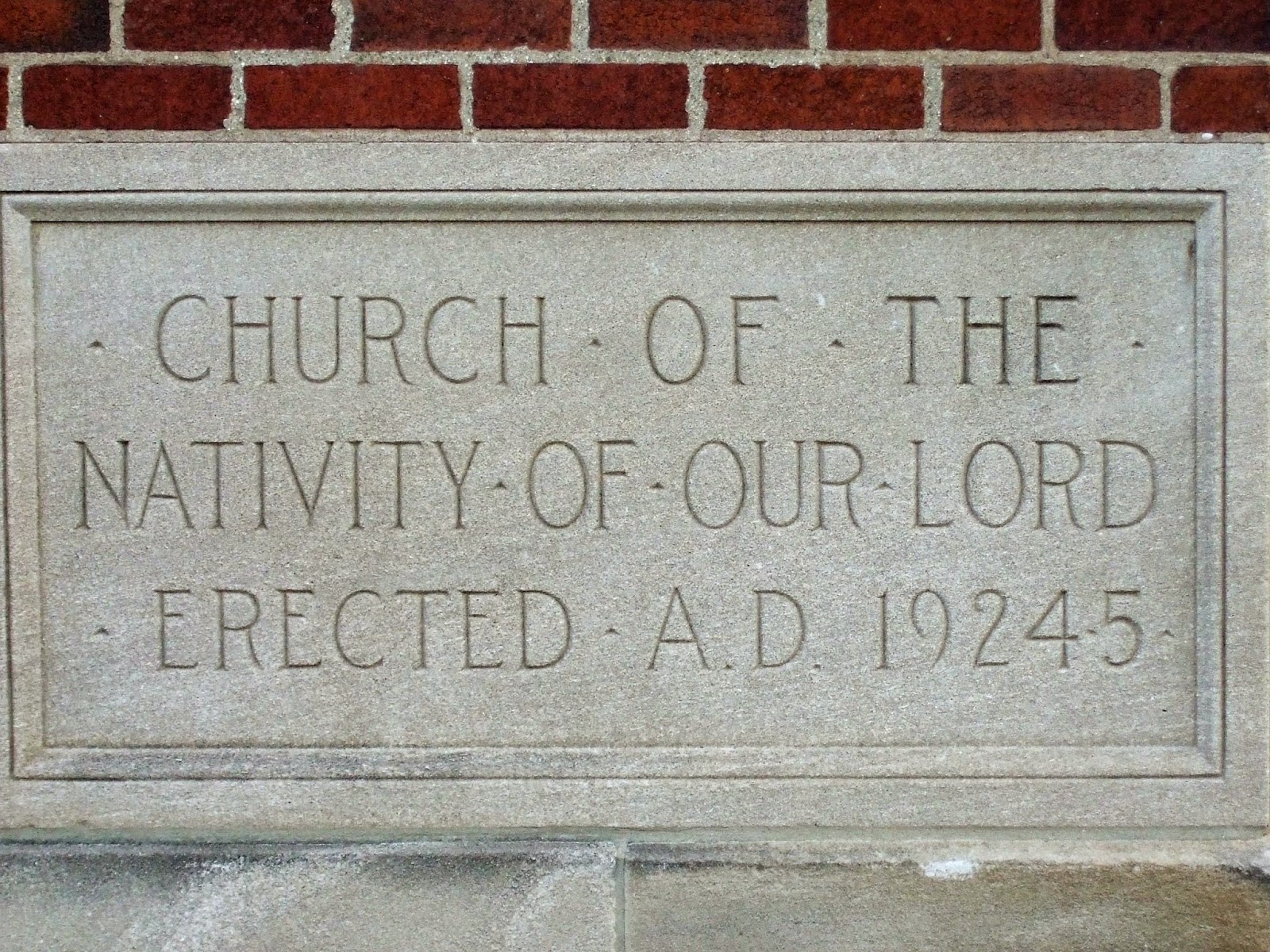 Edward A. Schilling of the firm Van Leyen, Shilling, Keogh and Reynolds was the architect of the permanent church while it was constructed by F. H. Goddard Co. Before construction started in 1924, Leesville was annexed by the City of Detroit and Nativity’s membership had grown enough to justify construction of the large edifice that still serves the parish today. 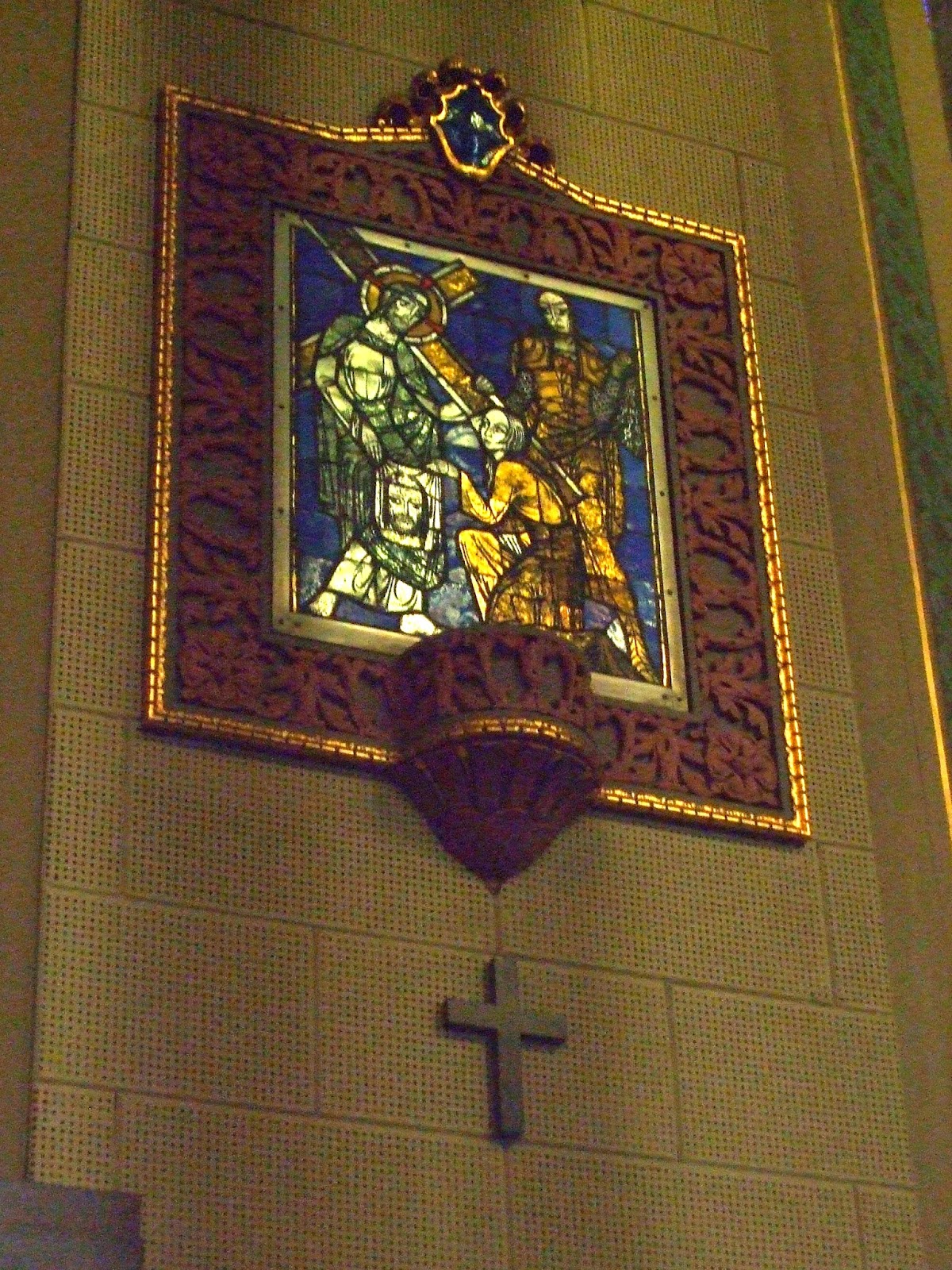 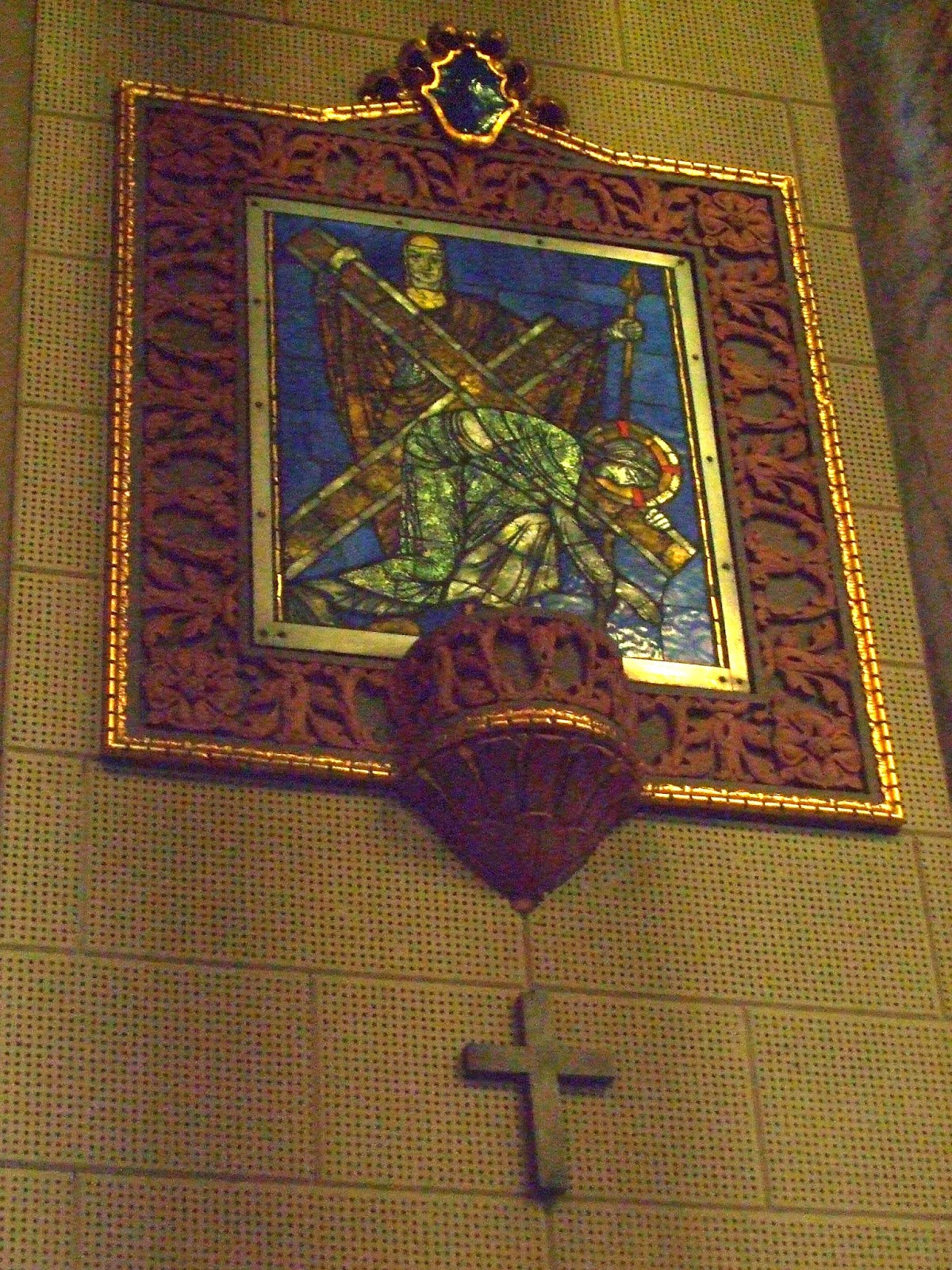 Even though construction was not yet complete, the first Mass held in the church was on Christmas Day, 1926. Fr. Heidenreich died in 1928 before the church was finished and his successor, Msgr. John S. Mies, oversaw the completion. Bishop Michael Gallagher dedicated the church in 1929. Fr. Bernard Geller succeeded to the pastorate in 1934 and served the parish for nearly 30 years. 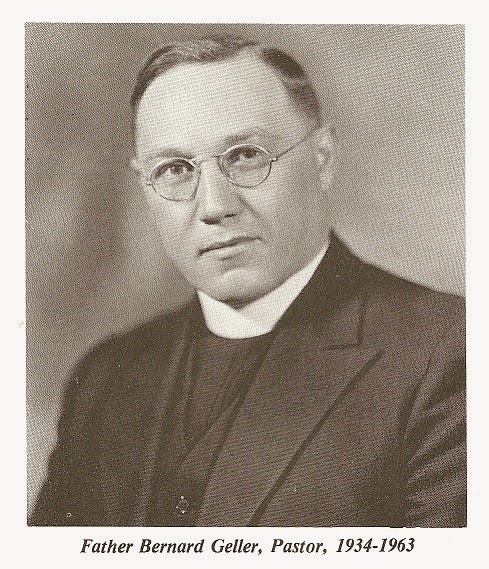 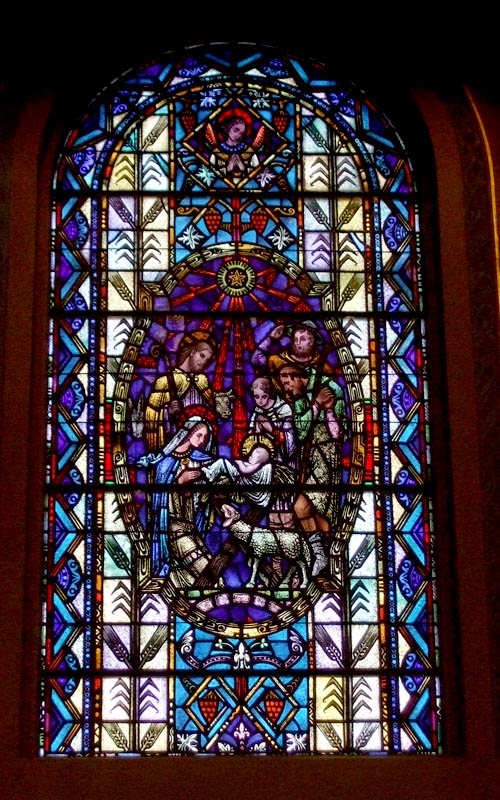 Stained-glass windows were fabricated by the Conrad Schmitt Studios of Milwaukee and installed in 1936.

Fr. Jerome Singer was appointed pastor in 1971 and maintained that role until his recent death on November 20, 2014, at the age of 77. Capuchins from St. Bonaventure are currently ministering to the parish but no long-term successor has assigned yet. Sr. Jolene Van Handel, a Dominican sister, has been at Nativity for nearly 50 years. 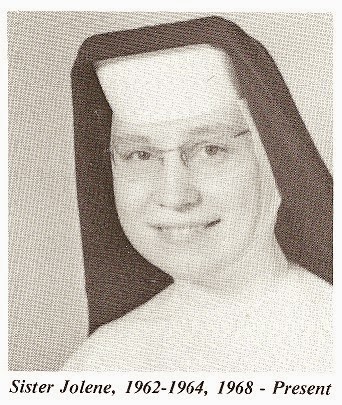 Nativity gained some parishioners following the closure of two nearby parishes: St. Anthony (1857-2006) as well as St. John Berchmans/St. Juliana (1932-2004). Nativity of Our Lord celebrated its 100th anniversary on October 9, 2011. As this time, the parish had 260 registered families. 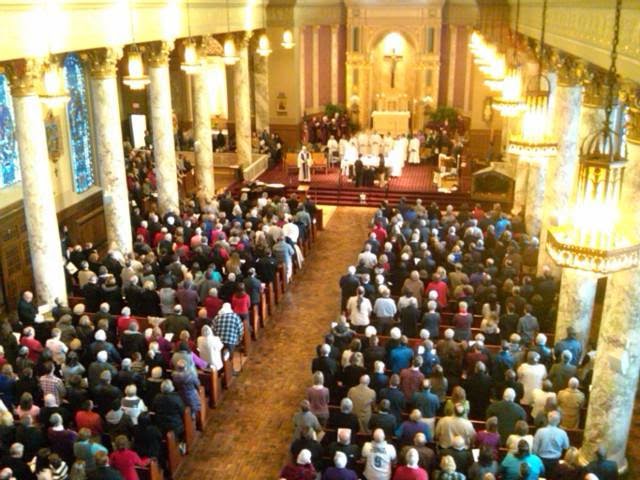 Appropriate for a church by this name, an inscription on the high altar translates "come, let us adore Him," an excerpt from the Christmas hymn Adeste Fideles. 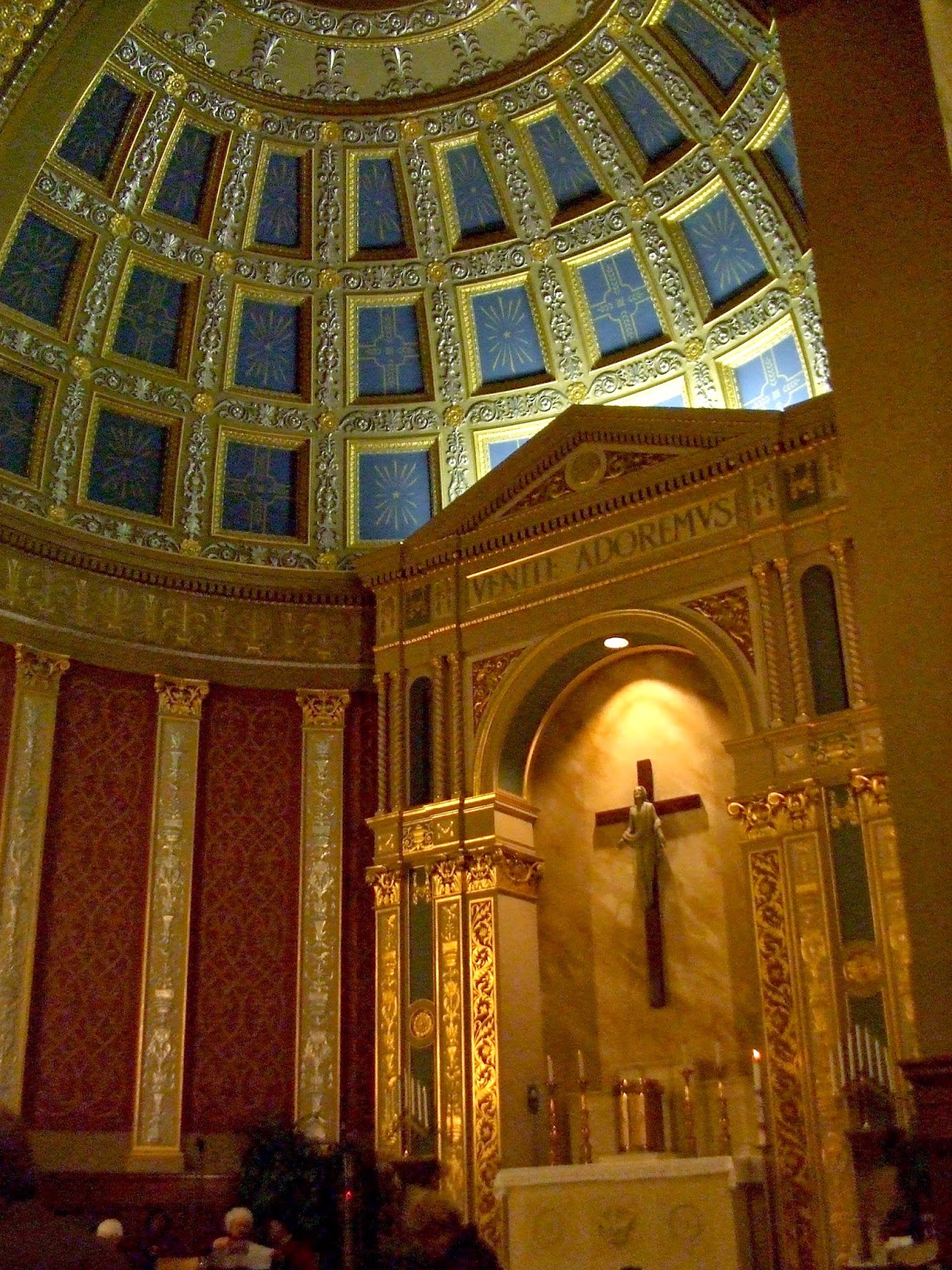 St. Anne with Child Mary, St. Joseph with Child Jesus, and the Sacred Heart of Jesus stand in the sanctuary.

Side altars to the Blessed Virgin and St. Joseph are each covered by an ornate apse. 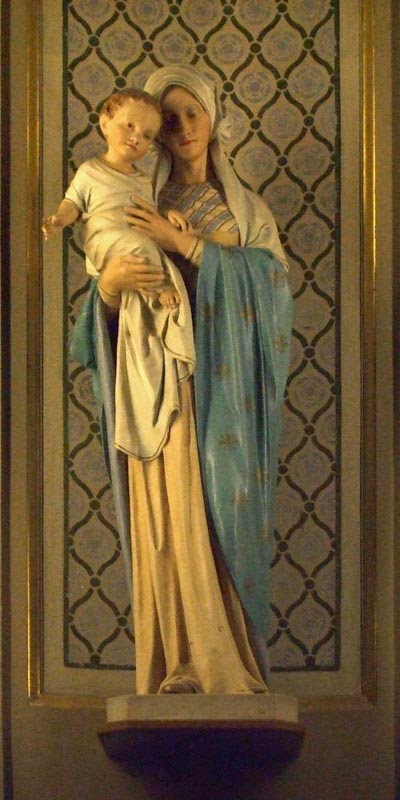 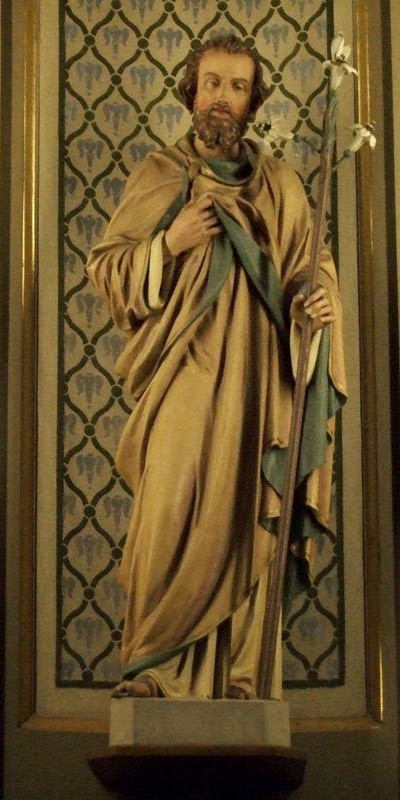 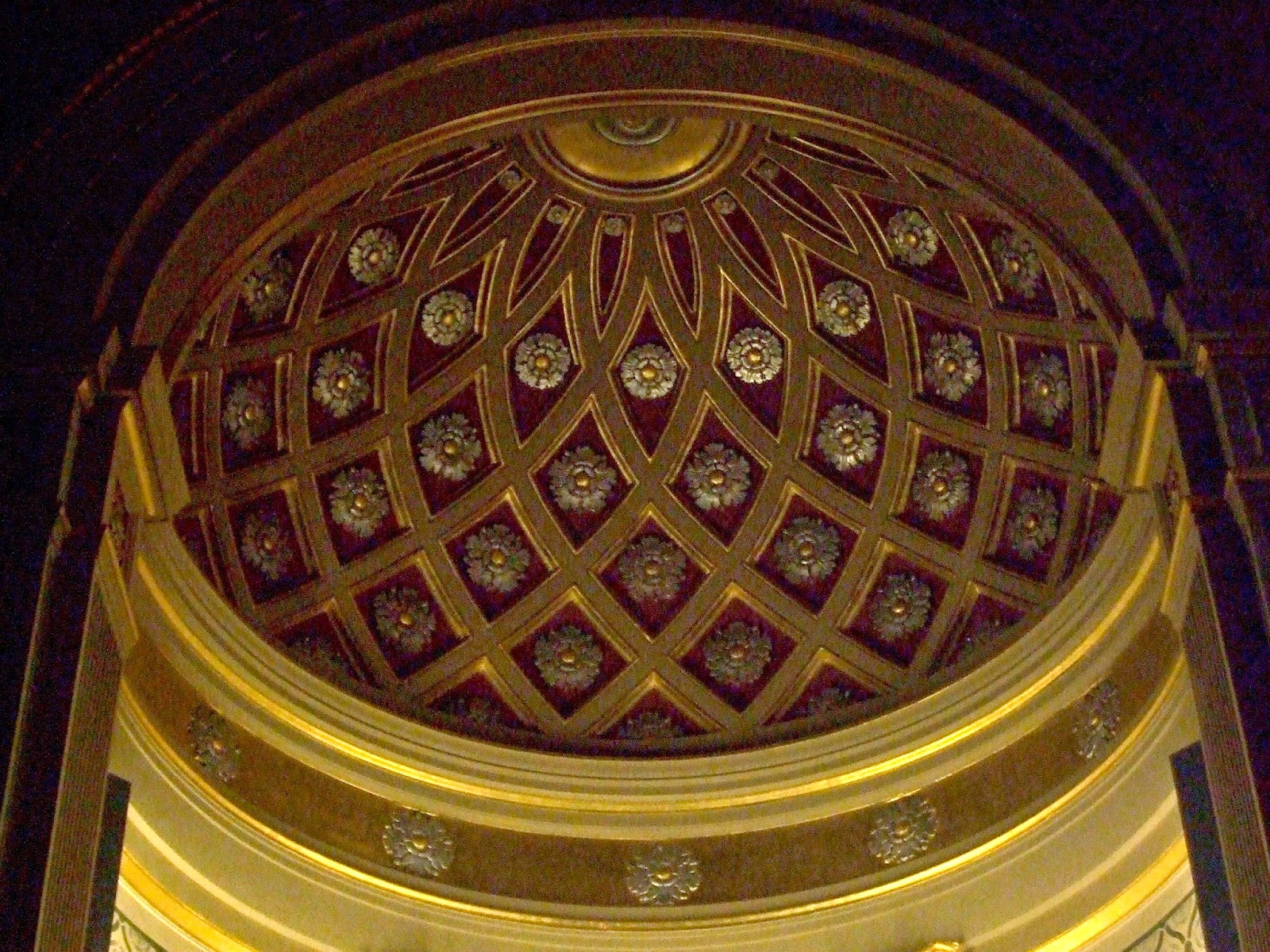 A large crucifix stands in the south transept near a window depicting St. Thomas Aquinas. 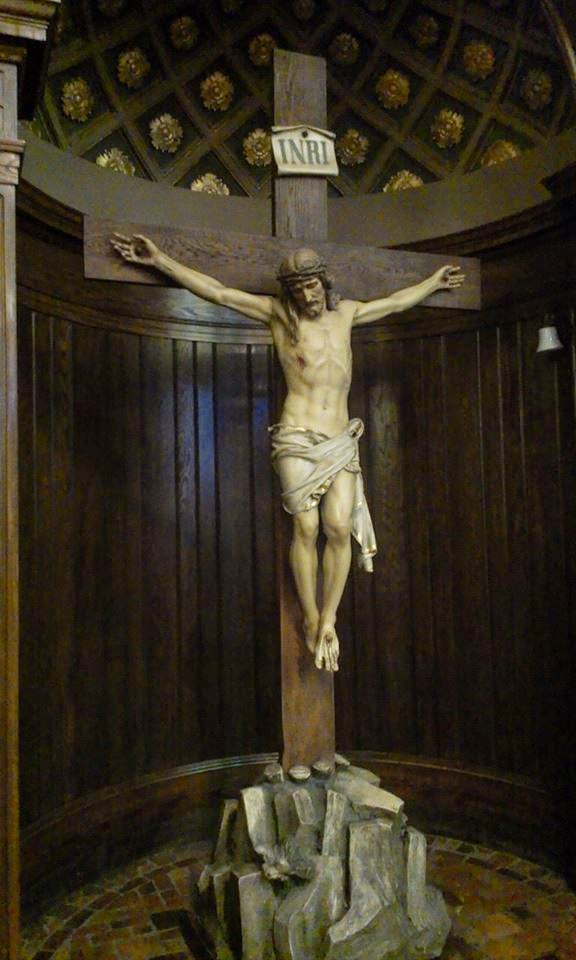 A replica of the Pieta stands in the rear of the nave, opposite a baptismal font . 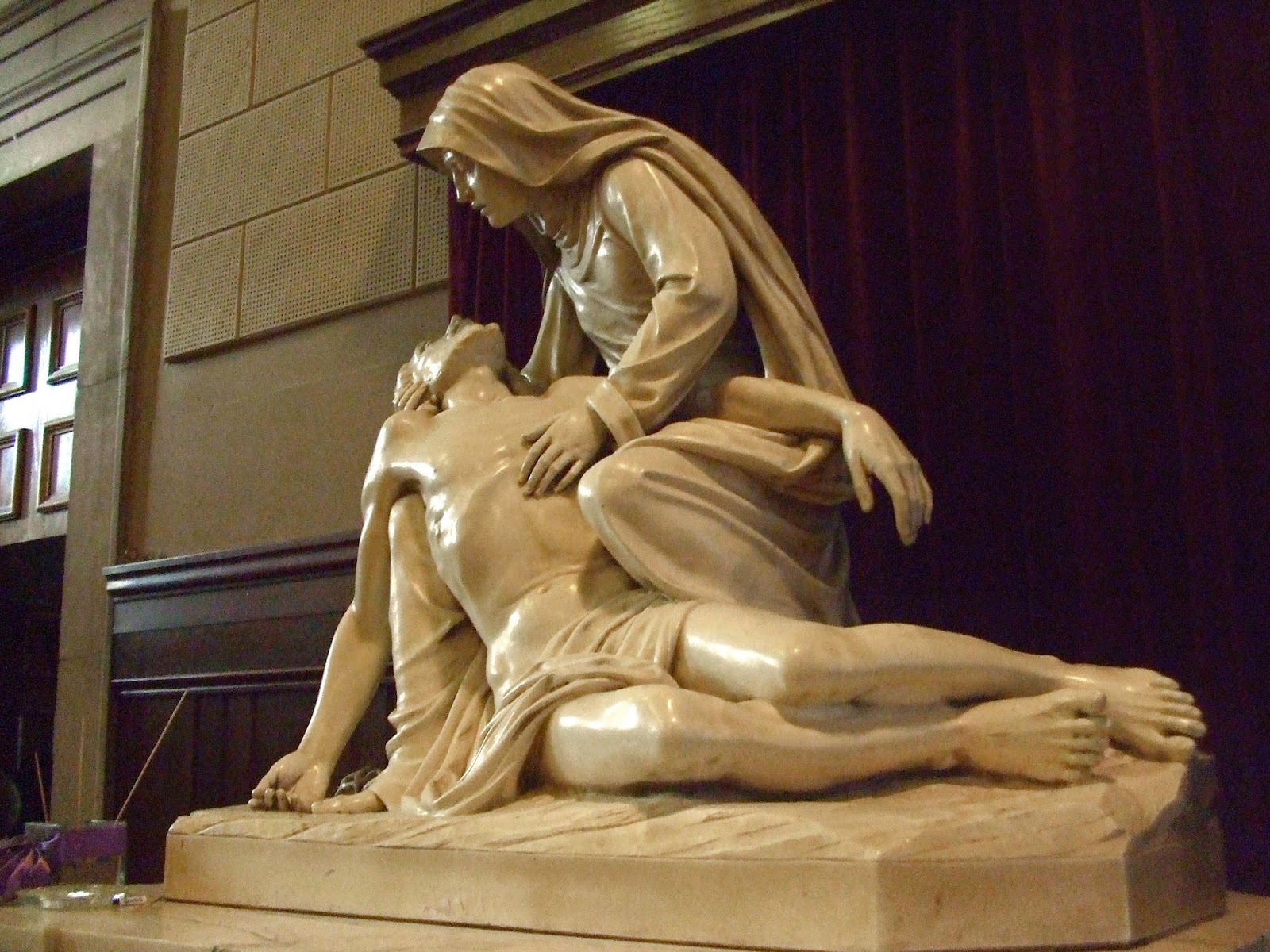 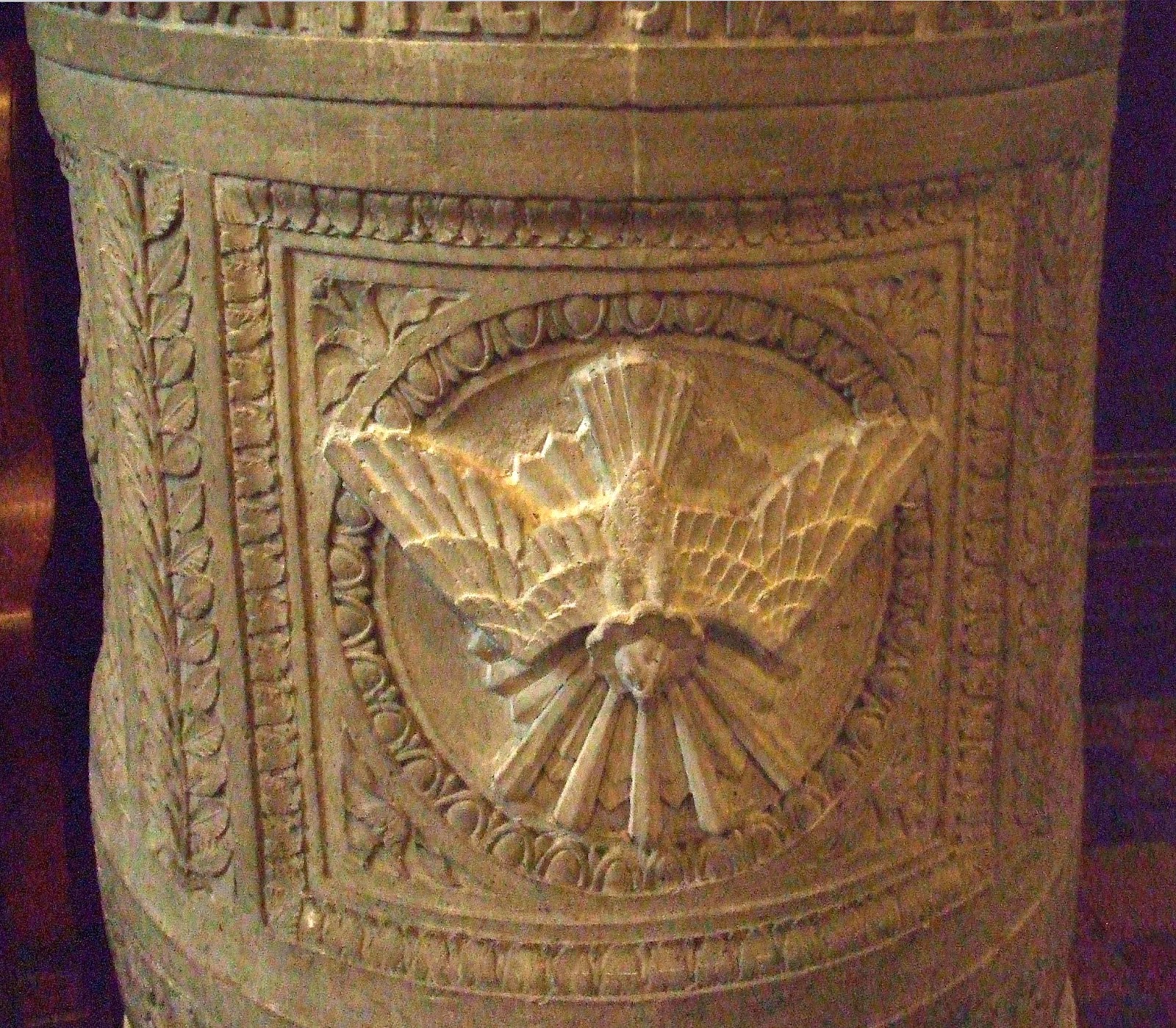 Large, Corinthian columns line the aisles; murals adorn the walls of the transepts. 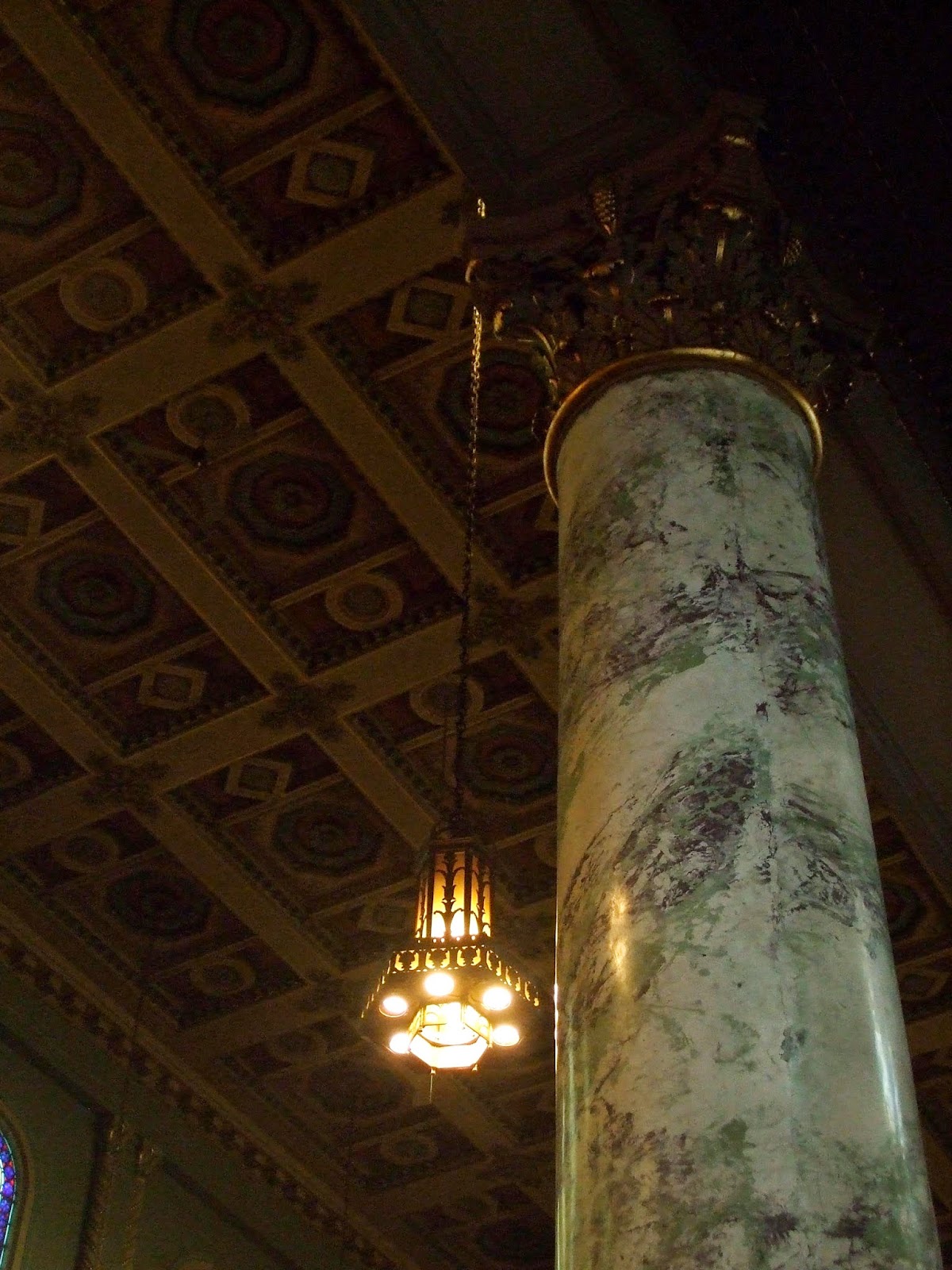 Floor tiles were made by Detroit's Pewabic Pottery. 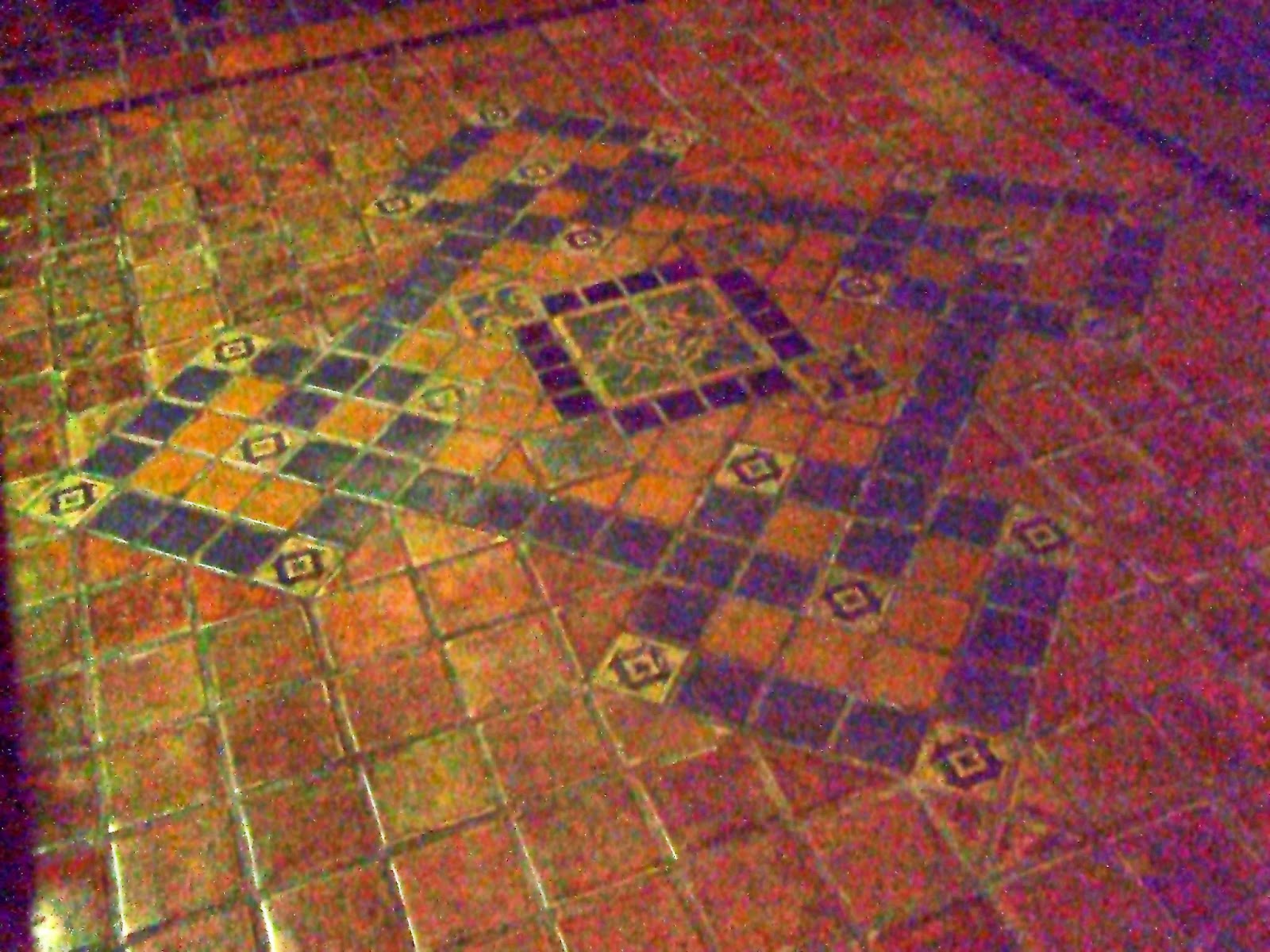 Nativity of Our Lord stands near the intersection of Gratiot and I-94 on the eastside of Detroit. Saturday Vigil Mass is at 4:00pm while Sundays bring Mass at 8:30am and 11:00am. Daily Mass is celebrated every weekday, except for Wednesdays, in the rectory at 8:30am. 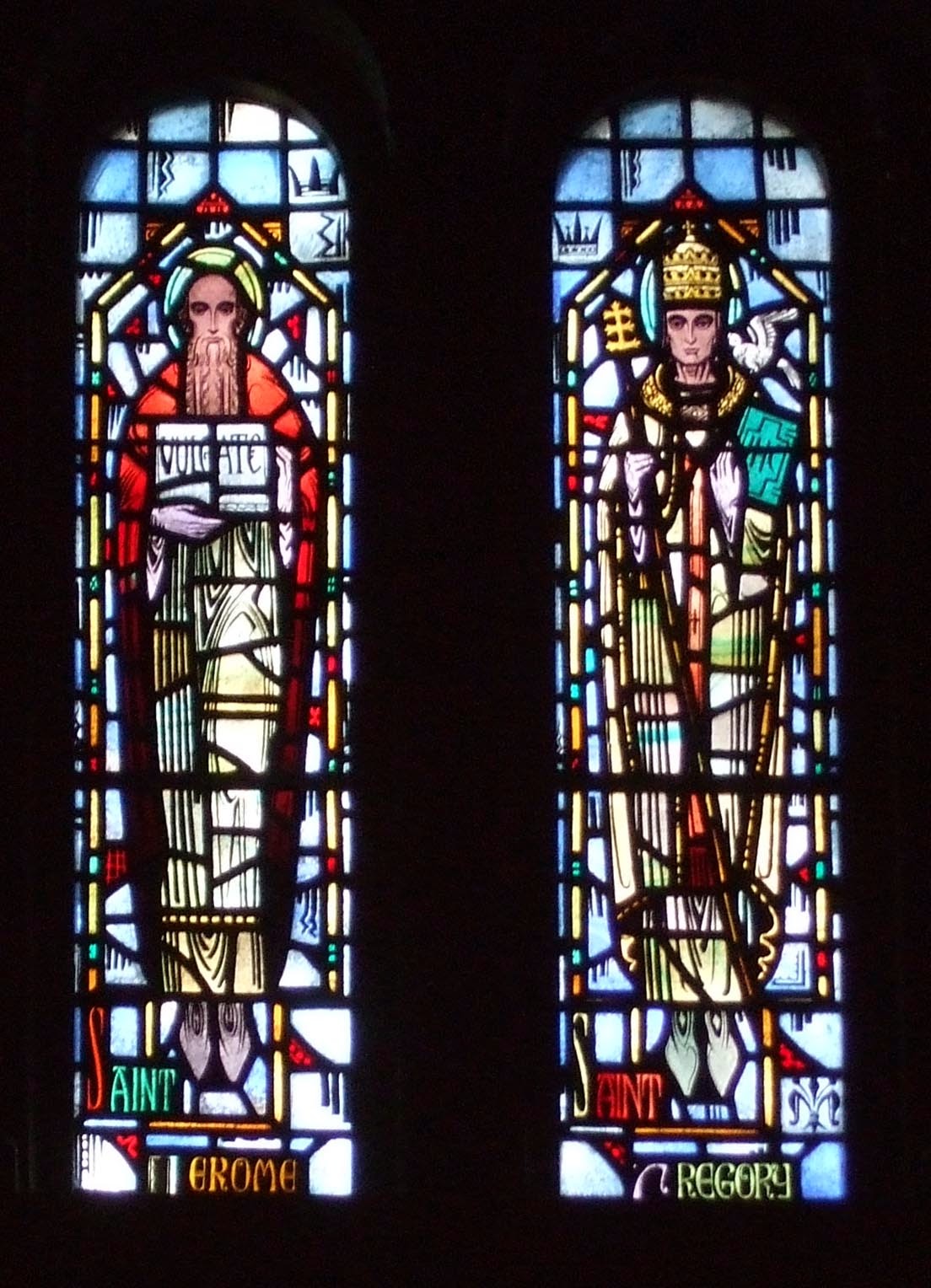 Email ThisBlogThis!Share to TwitterShare to FacebookShare to Pinterest
Labels: east side, Renaissance vicariate

My name is Roman Anthony Perrotta, I was baptized, attended Catechism, First Communion and made my Confirmation, all prior to 1941, so ere my bothers Carl and Don. I served in the Navy during WWII, from 1941-1945. My wife Jean and daughter Marsha, move to Arizona and settled in California. The following have passed on, grand parents Carmine and Nancy Perrotta, parents Anthony and Benedetta, wife Jean, grandson Christian Hanson, granddaughter Erin Hanson, son in law Clifford Hanson, daughter Marsha, brother Don and wife Phyllis, brother Carl and wife Hildegard. Survivors nephews Douglas, David Perrotta, Niece Rosie Pine, granddaughters April Hanson and husband Phil Nicholls of Australia, granddaughter Heather Hanson and husband Aaron Hannah and son Jasper of Riverside California.
I had fond memories while attending my Christian teaching and belief, I have never abandon my faith and belief. Just celebrated my 95th birthday this past April.