Farmers began settling along Lake St. Clair in the late 1700s and French priests began ministering to people there in the 1790s. Fr. Francis Badin dedicated a log church in 1825 and the parish was formally organized nine years later. 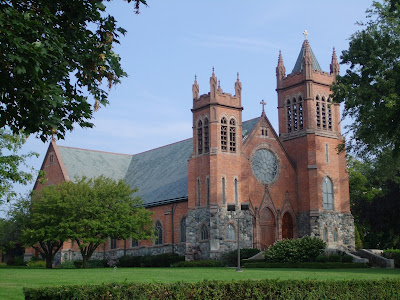 A chapel was built in 1848 and construction of the current church began at the same site in 1895. The church was designed in a French Gothic style by Harry J. Rill, also architect of St. Leo's Church. Construction was finished in 1899 at a cost of $23,000 or approximately $600,000 today. 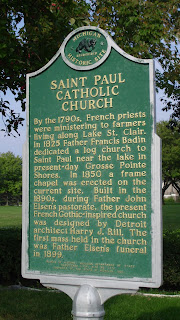 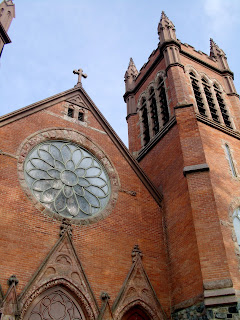 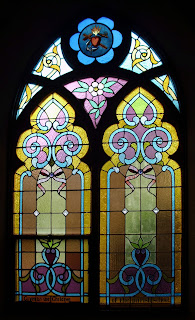 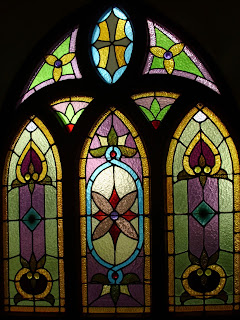 A rectory was added in 1911. A Neo-Tudor style school and Elizabethan Revival convent were designed in 1927 by the firm of Smith, Hinchman & Grylls. Additions to the school were completed in 1951 and 1953. The parish grounds were designated a Michigan State Historic Site in 1992 and listed on the National Register of Historic Places in 1994. 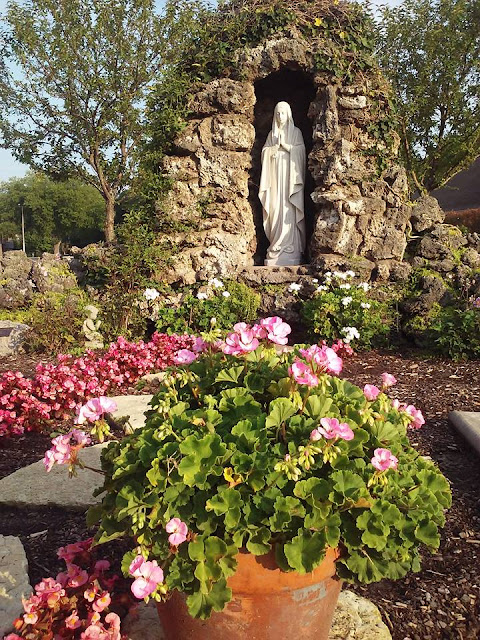 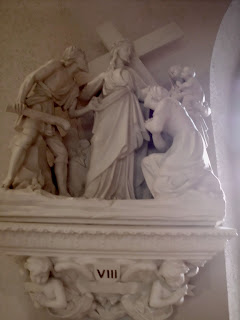 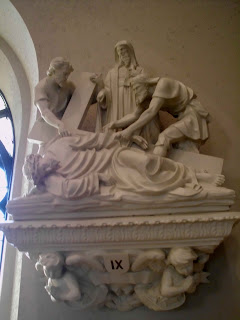 The southwest transept shows the Adoration of the Magi. 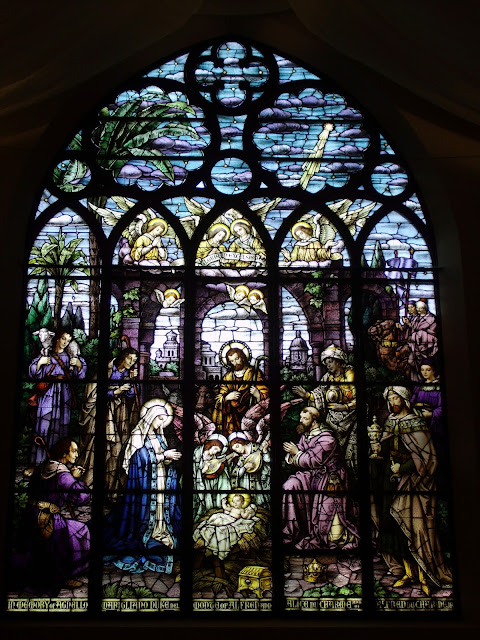 The northeast transept features a depiction of St. Paul preaching. 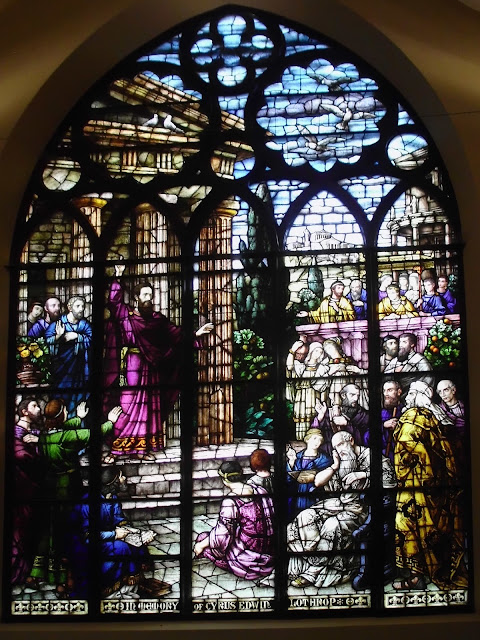 The church recently reopened after two weeks closure. The plaster ceiling needs repair and nets were added to prevent further damage as the parish seeks a contractor to fix it. 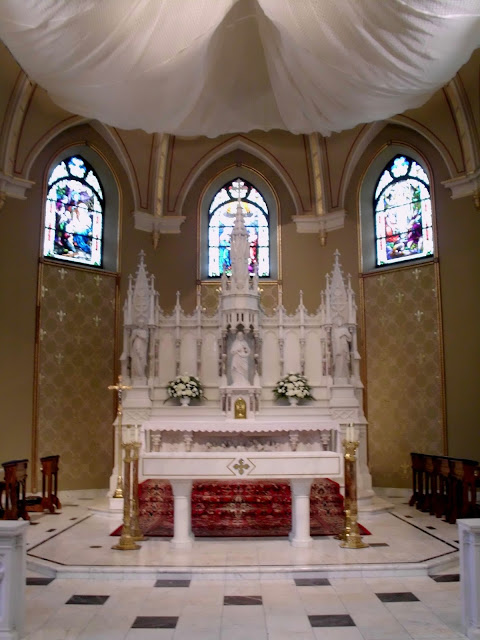 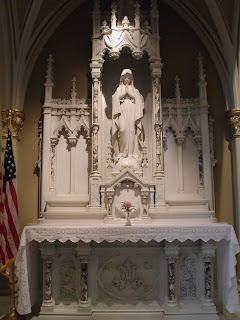 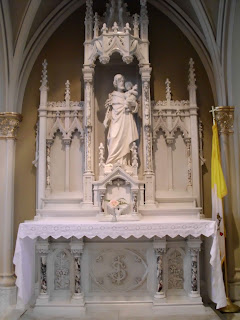 Saturday morning Mass is at 8:15am with Vigil Mass at 4:30pm. During the summer, the parish has a 6:00pm outdoor, Saturday Vigil. Confessions are heard on Saturdays at 3:45pm. 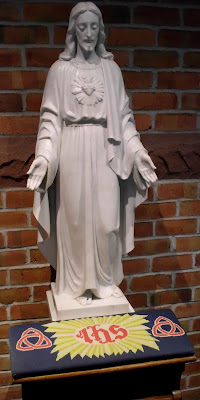 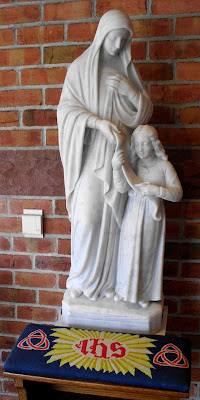 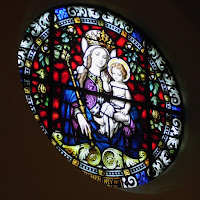 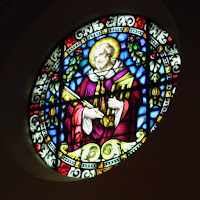 Adoration takes place on Tuesdays, Noon-7:00pm with Benediction at the end. 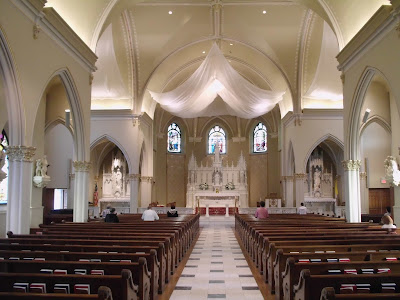 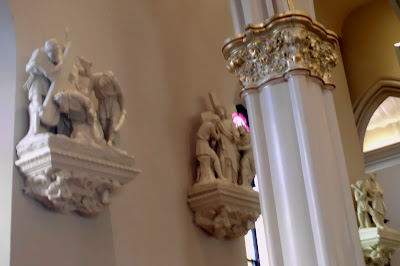 Email ThisBlogThis!Share to TwitterShare to FacebookShare to Pinterest
Labels: SERF Vicariate, St. Paul on the Lake