One of the first parishes in Oakland County, St. Vincent de Paul, was established in 1851. The original church was located on North Saginaw Street in Pontiac. Fifteen years later, the parish moved to a new location at Oakland & Lafayette. The parish continued to grow and, in the early 1880s, the parish decided to move again. 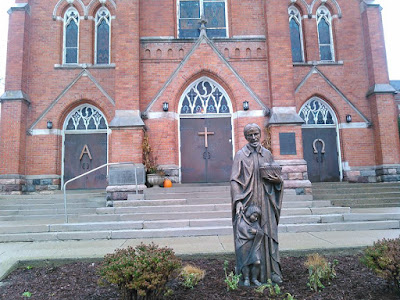 Fr. Fridolin Baumgartner led a fundraising effort to build a new church and hired the Detroit architecture firm of Donaldson & Meier to design the church. The cornerstone was laid on September 6, 1885, about a mile southeast of the parish's original location. 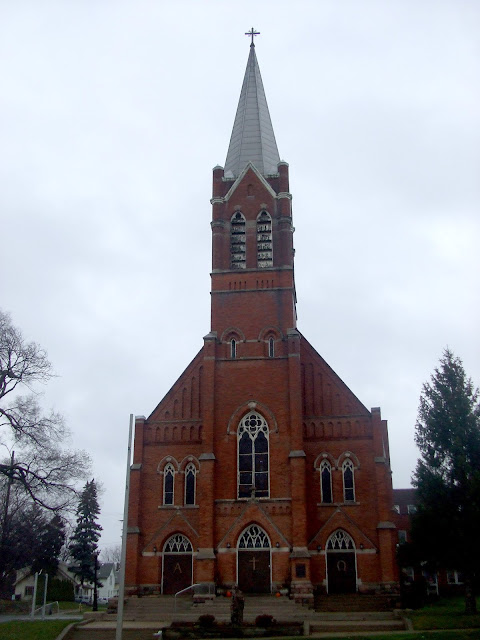 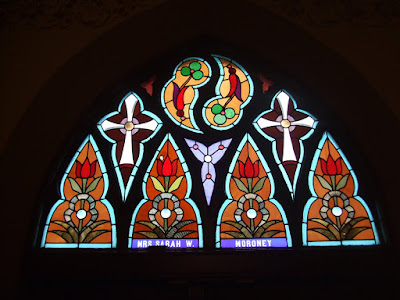 The church is located at 46408 Woodward, on the northbound, east side of Woodward in Pontiac. It was designated a Michigan State Historic Site in 1987 and listed on the National Register of Historic Places two years later. 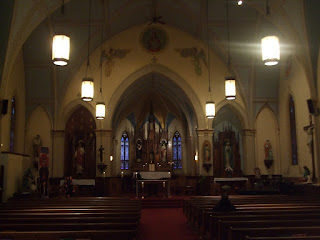 St. Vincent de Paul initially clustered with two other Pontiac parishes: St. Michael (est. 1919) and St. Joseph (est. 1923). In 2009, the three parishes merged to form St. Damien of Molokai Parish. Fr. James Kean has been pastor since the merger and Fr. Jacob VanAssche joined as associate this past summer. They are assisted by Deacon Brian White. 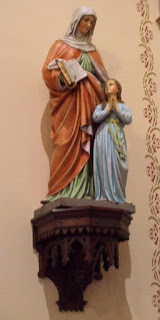 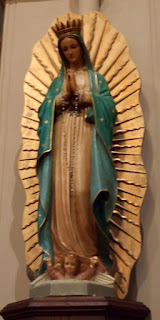 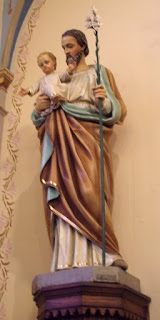 Symbols of the immortality of Christ, the alpha (A) and omega (Ω), are found throughout the church, inside and out. These are found on the front doors as well as on the baptismal font, in the narthex, and above the altar. 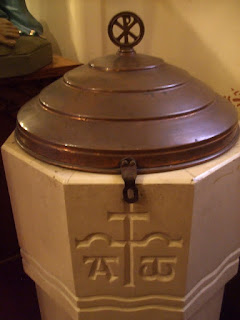 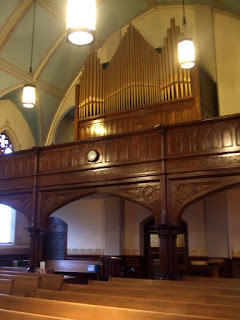 Much of the interior is designed in a Neo-Gothic style: tall, narrow, pointed arches and elaborate wood carving. 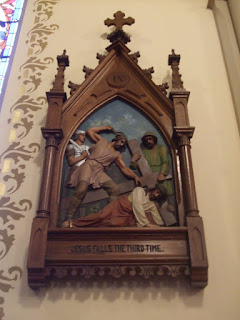 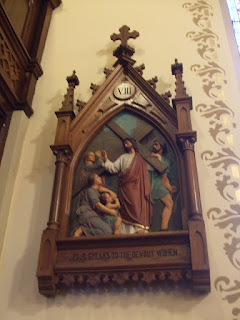 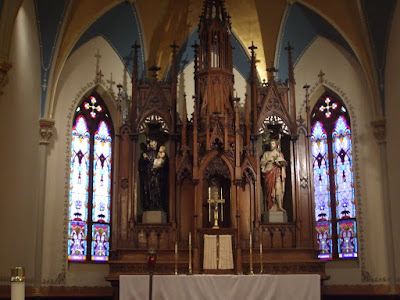 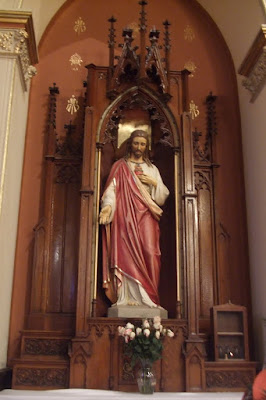 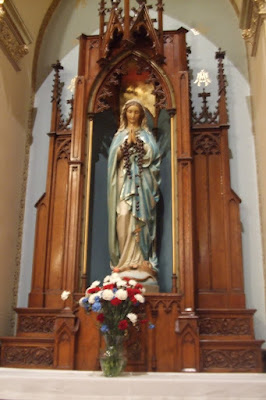 Intricate motifs surround all of the trim; rosary beads line the edges of the archways. 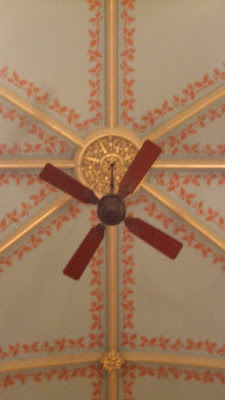 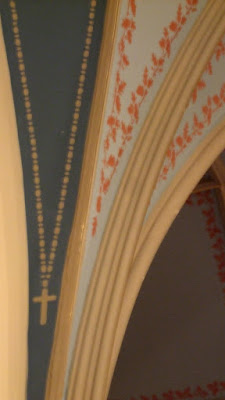 A mural of the parish's patron in the south transept. 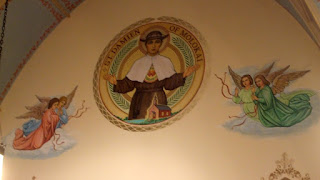 A large crucifix and St. Mary Magdalene are also there, opposite a copy of the Pieta. 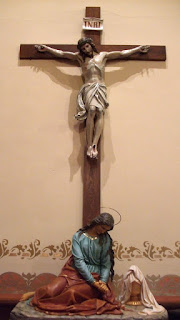 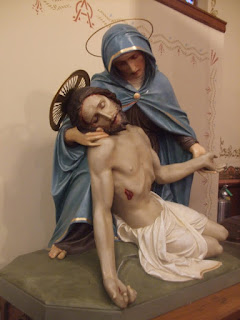 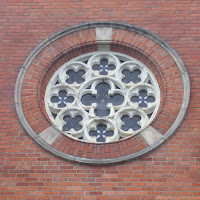 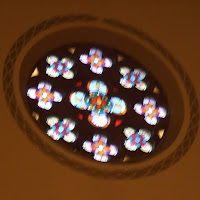 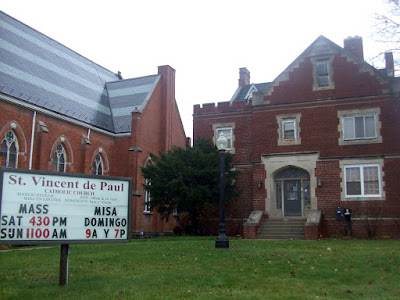 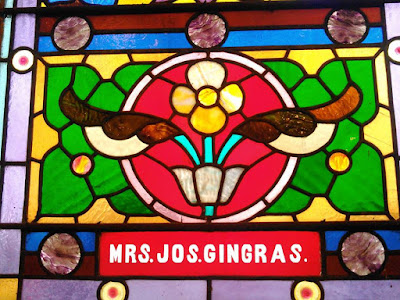