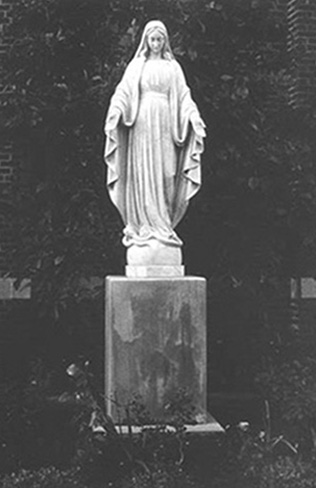 With the construction of Chicago Road, now called Michigan Avenue, people gradually moved west from Detroit.  In the late 1850s, Jeremiah O’Connor opened a general store in what was then called Derby's Corners and permitted use of the building as a house of worship. 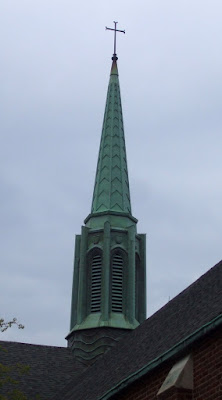 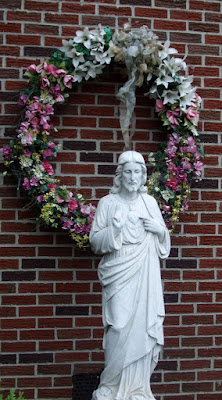 In March of 1862, a fledgling congregation of 45 families petitioned Bishop Peter Paul Lefevre for their own parish. He said it was too early to establish a new parish there but did create a mission called St. Mary of the Immaculate Conception under the direction of Fr. Edward Van Pammel, pastor of St. John Parish in Ypsilanti. 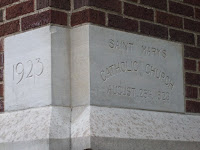 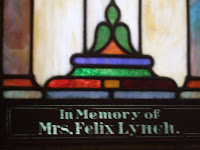 Construction of a new church began in the fall of 1865 and the City of Wayne was incorporated four years later. In 1871, St. Mary Mission came under the jurisdiction of Sacred Heart Parish in Dearborn. Finally, the church was completed and dedicated in January, 1873. It wasn't until 1912 that Bishop Foley established St. Mary Parish with Fr. Joseph Connors as the first pastor. 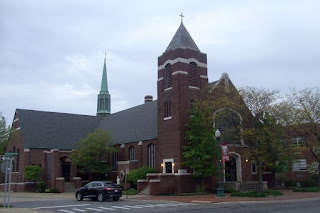 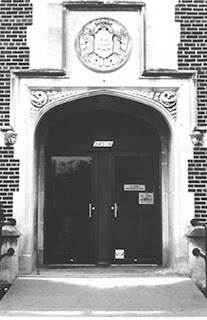 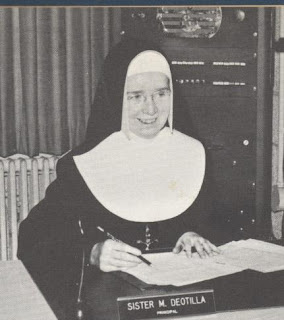 Laborers continued to move to the Wayne area to work at Ford factories and Willow Run Airport. In October 1948, Fr. John Haney added 10 classrooms to the existing elementary school in order to add a high school. 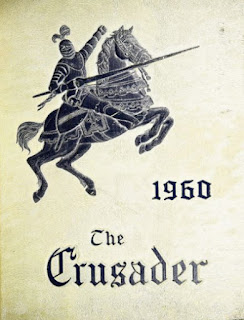 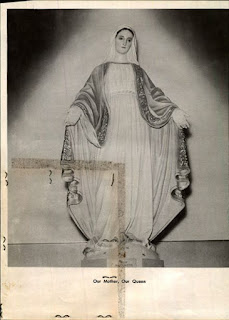 The first senior class graduated in 1951. the church was expanded three years later and a larger convent completed in 1958. In the early 1960s, the student body exceeded 1,000 students. A high school 1960 yearbook is available online. In June, 1971, St. Mary High School closed after 24 years. 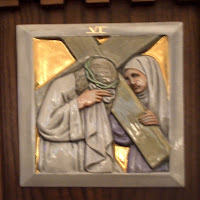 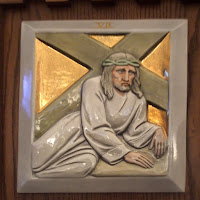 Fr. Haney retired in December, 1972, but remained in residence. Fr. Sayers was pastor for three years before being replaced by Fr. John J. Sullivan in August, 1975. Fr. John F. O'Callaghan succeeded as 9th pastor on August 6, 1983. 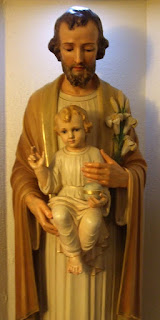 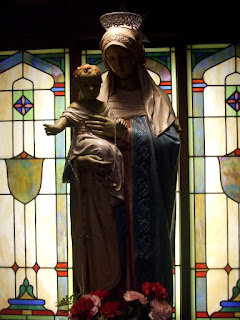 St. Mary celebrated its 125th anniversary in 1987. The pastor suffered a debilitating stroke that same year and the parish was placed under the direction of a temporary administrator. In June, 1989, Fr. O'Callaghan was allowed to step down as pastor and Fr. Raymond Bucon took his place. 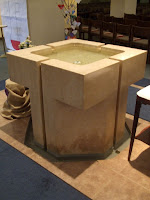 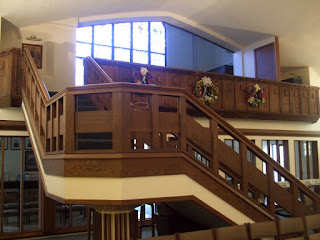 In 1997, the parish choir performed in Italy, Spain, and Ireland. They assisted for a High Mass at St. Peter’s Basilica and, on January 29 of that year, had an audience with Pope St. John Paul II. The following March, Fr. Bucon took a medical leave-of-absence and was replaced by Fr. Jack Baker. 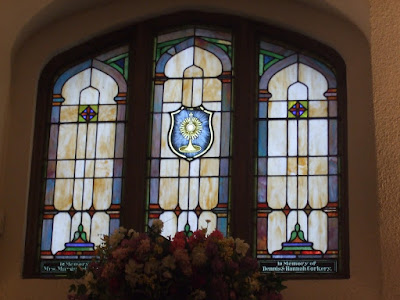 In 2001, the parish purchased a former credit union building and opened the St. Mary Community Outreach Center which continues to provide food, clothing and other assistance to the needy. 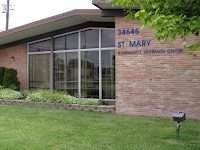 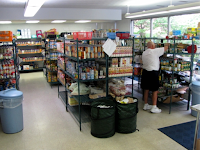 On November 27, 2011 St. Mary began its sesquicentennial (150th) with a Gershwin, piano concert. On June 3 of the following year, Archbishop Allen H. Vigneron celebrated Mass for the anniversary, assisted by current and former pastors. Fr. David Burgard arrived as the 12th pastor in 2008 then was succeeded by Fr. Jerry Cupple, the current and 13th pastor, in July 2013. 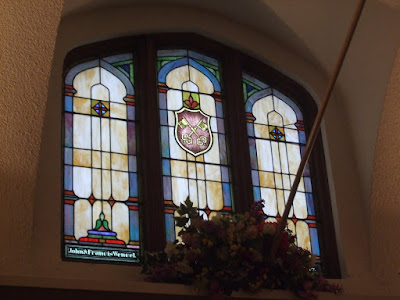 Confessions are heard at 6:00pm on Tuesdays followed by 6:30pm Mass and Rosary. 9:00am Daily Mass is celebrated on Mondays, Tuesdays and Fridays. Ralph Luddecke, a permanent deacon, arrived at the same time. 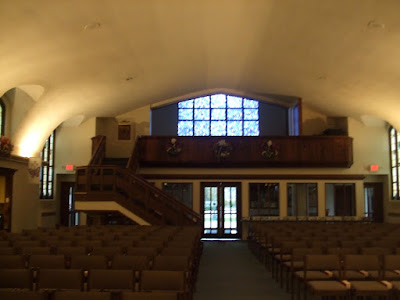 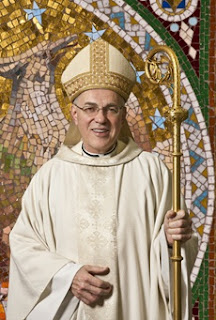 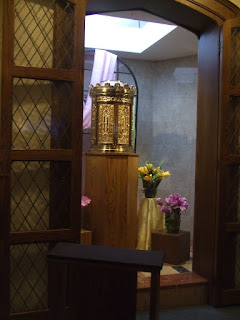 Windows in the east (top) and west (bottom) transepts. 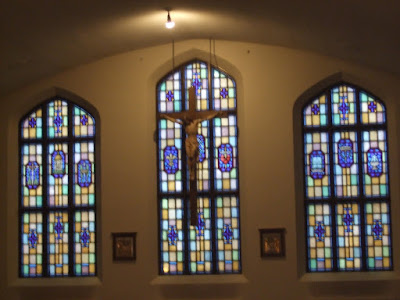 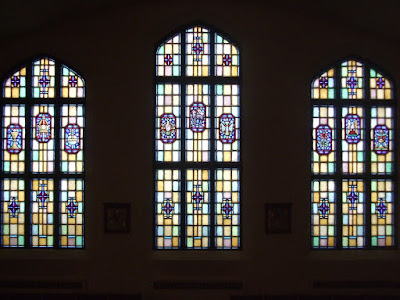 Raredos showing he Blessed Virgin is visible most of the year but covered for the Easter season. 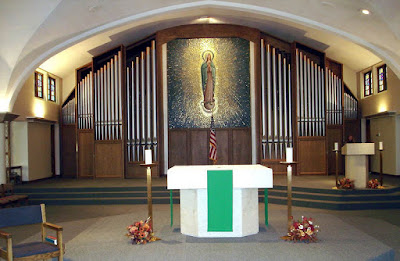 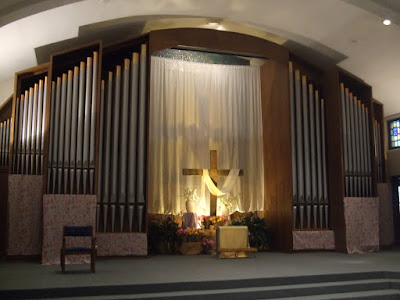 The parish school was administered by IHM Sisters for decades, the parish has record of sisters who have taught at the school. 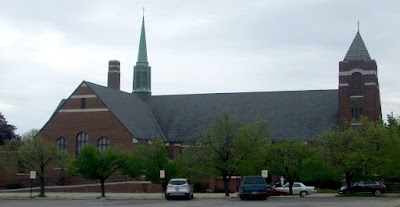