St. Raphael Parish was established in 1932 under the direction of Fr. Gereon Stack. Florence Cowperthwaite donated land and the church opened on Christmas Eve, 1934.

A parish grade school  soon opened with an enrollment of nearly 500 students. The school was directed by  Sisters of St. Francis from Sylvania, OH, for decades. 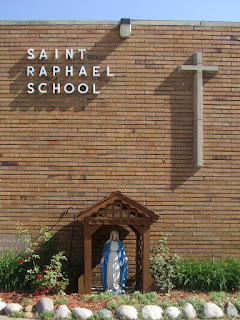 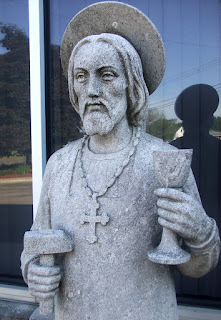 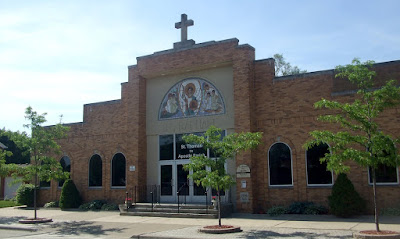 The church underwent massive renovations, including a new facade, in 1996. 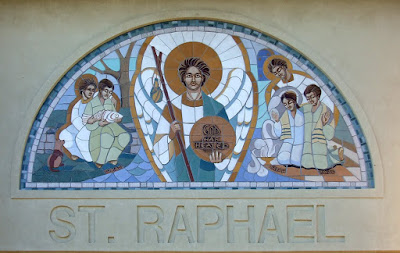 Fr. Simeon Tsetim Iber, a native of Nigeria and priest since 1988, was installed as pastor last year and is assisted by two permanent deacons. 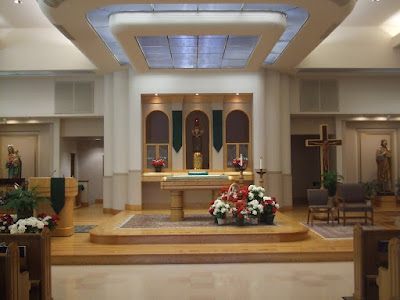 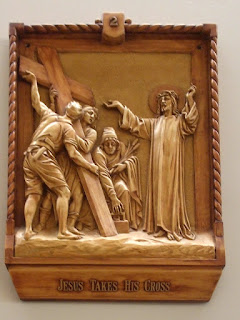 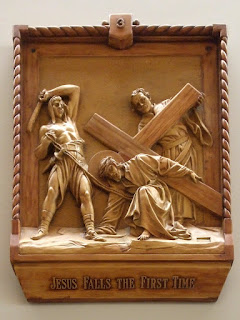 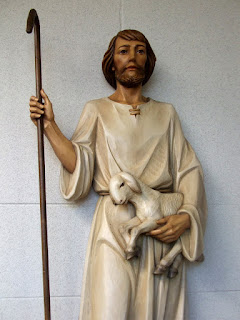 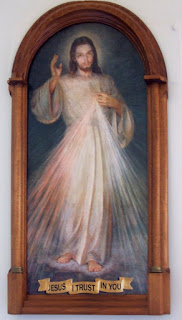 Madonna and Child at the left altar; St. Joseph at the right altar. 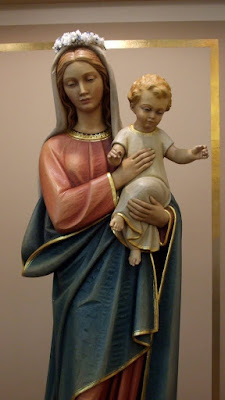 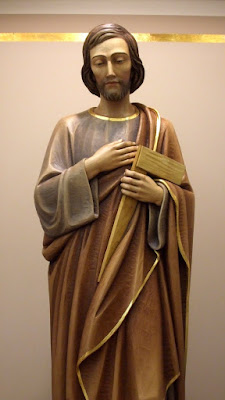 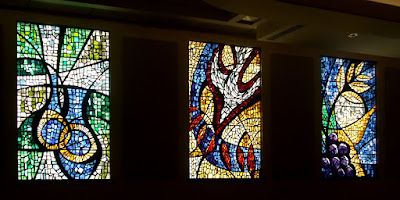 St. Thomas the Apostle has about 1,400 registered parishioners today. Daily Mass is at 8:30am every weekday except for Wednesday Communion Service. Confessions are heard at 3:00pm on Saturdays, followed by 4:30pm Mass. Sunday Mass is at 9:00am and 11:00am. 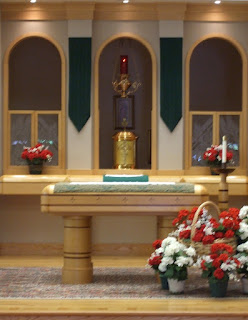 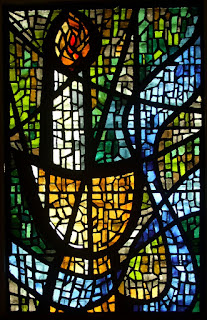 The parish has hosted an annual festival for the last four decades. This year, it is scheduled for September 16-18.

Have fond memories of St Raphael church and school.