Fr. A. Sharpe, assistant pastor at St. Vincent de Paul Parish in Pontiac, occasionally visited Oxford to celebrate Mass in the 1890s. St. Elizabeth, a mission in Oxford, was built in 1901 with a capacity of about 200. The mission held monthly Masses with visiting priests from St. Philip Neri, another mission in Lapeer.  In the early decades, most of the congregation consisted of vacationers who visited during the summer. The population of the area grew and St. Elizabeth began weekly Masses in 1924.

St. Thomas Chapel was built in 1925 at a cost of $5,000, or $70,000 adjusted for inflation, with a capacity of 450. The chapel was dedicated on Pentecost Sunday of 1925. Three years later, Fr. Joseph Ording was installed as Pastor of the new, permanent parish of St. Joseph the Worker, which consisted of both St. Thomas and St. Elizabeth. Additionally, Fr. Ording traveled to Romeo to minister to 61 families at St. Clement Church.

During the late 1920s, there were 76 families at St. Elizabeth but as many as 1,000 would attend weekly during the summer. The Great Depression brought financial challenges but Fr. Ording sought to build one, central church. He chose a site in between St. Thomas and St. Elizabeth, in between Lake Orion, Long Lake and Lake Mari (now called Manitou Lake) and what became informally-known as St. Joseph Pond. 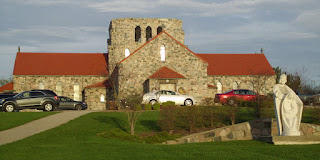 Fr. Ording traveled to Europe in 1938 and, on his return, he hired Arthur DesRosiers to build a new church similar to one he visited in Italy. DesRosiers was also architect of St. Lawrence Church (Utica), Sacred Heart Church (Roseville), and St. Francis Xavier Church (now St. Andre Bessette, Ecorse). This new church was designed in a Norman style and Fr. Ording hired Dennis O'Connor, a contractor who built a stone, municipal building in West Branch. 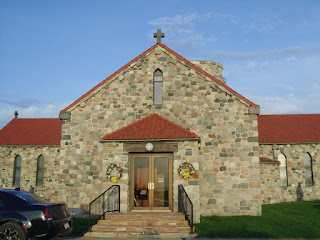 Parishioners gathered stones from nearby fields and abandoned homes then masons fashioned them for walls and arches. One split stone revealed a cross and was installed in the southeast corner of the Church. 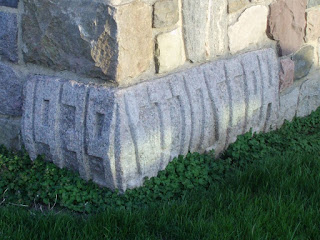 As a sign of unity, the cornerstones of both St. Elizabeth’s and St. Thomas Chapel were installed in the foundation of the church, which was dedicated on June 6, 1940. The congregation first used the church on Christmas Eve at the midnight Mass that same year. Fr. Joseph Ording celebrated the first Mass, assisted by Fr. James Murphy, C.S.B., a Basilian priest and native of the Oxford area. Fr. George E. Ging succeeded as pastor in 1941 and served seventeen years in that capacity. 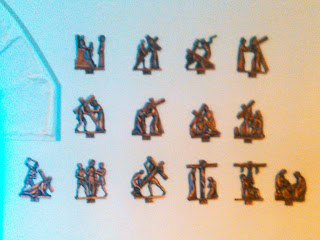 In 1942, Dennis O'Connor built the current rectory. The parish school was dedicated on August 24, 1952. Five Sisters of St. Joseph from Nazareth, Michigan taught grades one through seven. For the first three years the sisters lived in a portion of the school until St. Elizabeth Convent was erected in 1955. Enrollment quickly grew, starting at 170 students and more than doubled within three years, to a total of 374 students. 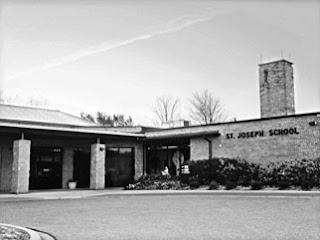 A child parish of St. Anne in Ortonville was established in 1957. Fr. Vincent Myrick succeeded as third pastor of St. Joseph Parish in 1959. He built a cry room in the church and had a local artist, Gino Testaguzza, build a huge statue of Christ in front of the church. The twenty-four foot statue was dedicated on the Feast of Christ the King in October of 1958. The entire community was shocked in 1963, when during the celebration of the Easter Vigil, vandals set the statue on fire. To replace the original statue, the artist created the Holy Family statue, which still stands in front of the Church facing M-24. 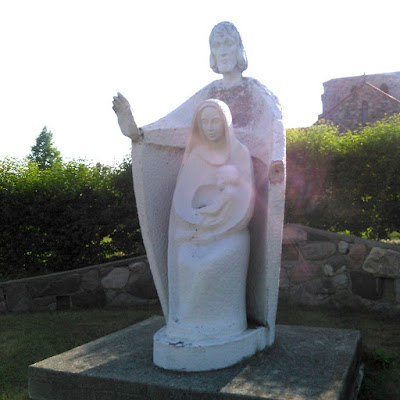 Several priests ministered at the parish within the next decade: Fr. Myrick, Msgr. Art Kary, Fr. Harold Boyce, Fr. George Cronin, Fr. Henry Roodbeen. By the mid 1970s, the parish registered 1,700 families and another child parish, Christ the Redeemer, was established in 1978. 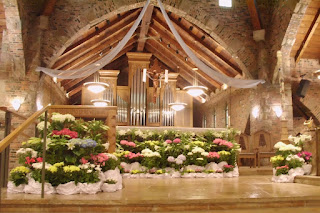 Fr. Donald MacLennon served as pastor 1978-1987 and, during his pastorate, the church was modernized. Chairs replaced pews, the carved wooden Communion rail was removed, the large high altar and baldacchino were replaced with a small table altar.

Fr. Lawrence Ventline succeeded as pastor in 1987  along with an associate priest. Several priests assisted on weekends, including then-Fr. Earl Borea, now Bishop of Lansing. Fr. John Leo Phalen was appointed pastor in 1990, along with a succession of assistant priests. In 1996, the church was enlarged to a capacity of 900 and additions were made to connected the church, office, and school. 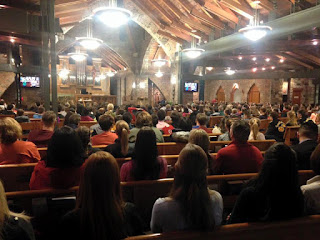 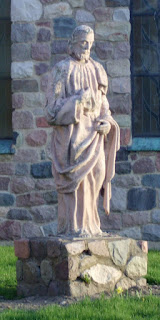 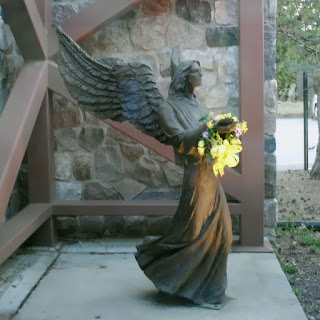 In 2002, St. Elizabeth Convent was demolished and additions to the school were completed. Fr. Michael Vershaeve was appointed pastor the following year and there were 3,000 families and over 10,000 individual parishioners at the time. Currently, St. Joseph School has 345 students and the parish has 1,000 children enrolled in religious education. 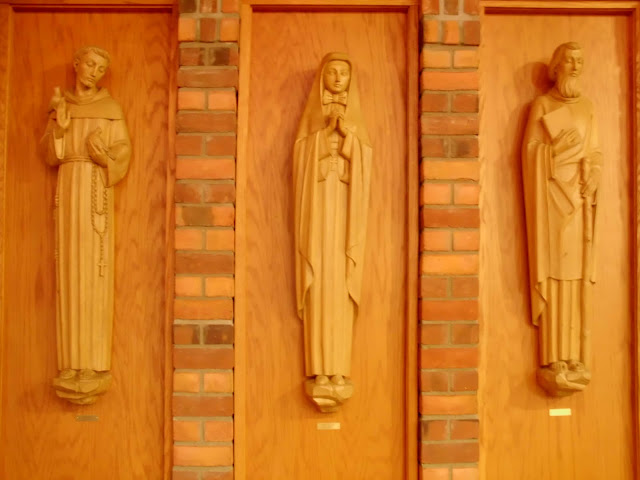 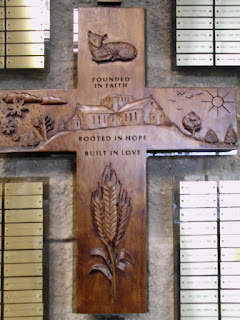 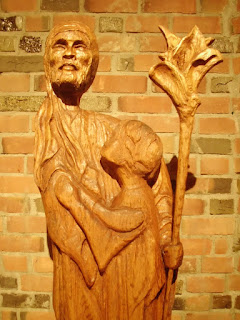 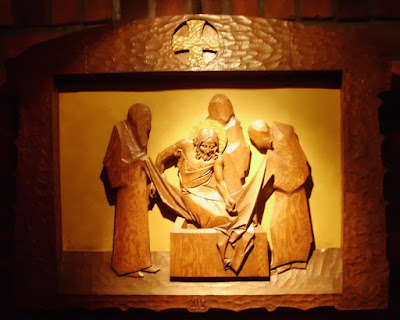