Our Lady of the Angels Parish (formerly St. Cyril of Jerusalem, Taylor)

St. Cyril of Jerusalem Parish was established in June, 1953, with Fr. Carlson Robideau as founding pastor. The first Mass was celebrated on July 10 at Sudman School in Allen Park; later Masses were held at Allen Park High School.

The parish bought farmland in the northeast section of Taylor Township and the groundbreaking for a permanent church was on November 8, 1953. A church with capacity for 1,000 was built at a cost of $125,000 ($1.2 million today). 1,600 people attended the first Mass in the new church on September 26, 1954. Cardinal Mooney dedicated the church a month later. 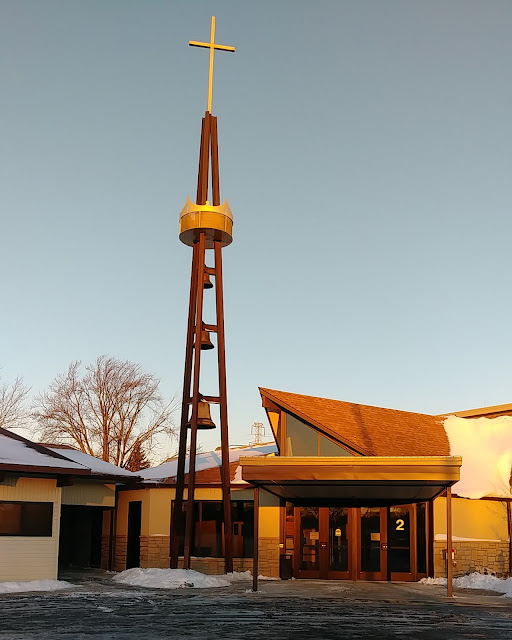 On November 20, 1955, ground was broken for a school and convent. Sisters of St. Joseph of Nazareth, Michigan, would teach at the school for decades.

Fr. Robideau retired in October, 1975, after 22 years as pastor. His former assistant, Fr. Edmund Borycz, was succeesor. St. Cyril Church was renovated in 1979-1980 and re-dedicated by Bishop Schoenherr on December 21, 1980.

In June, 1989, Fr. Borycz was assigned to be a chaplain at Selfridge Air National Guard Base. Fr. Eugene Wojtewicz succeeded as third pastor on September 9, 1989. St. Cyril Parish celebrated its 40th anniversary in 1993 and Fr. Gary Morelli was installed as fourth pastor. 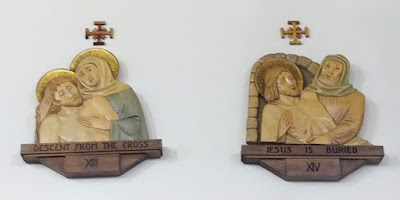 St. Cyril School closed in 2000 and consolidated with St. Paschal Baylon and St. Constance to become Taylor Catholic School. Classes were held at St. Paschal and the other sites closed.

Fr. Bernard Fraser was installed as the fifth and last pastor on August 17, 2003. Cardinal Maida celebrated the 50th anniversary of St. Cyril Parish on October 12, 2003.
In May, 2007, it was announced that St. Cyril would merge with St. Paschal Baylon Parish. A transition committee determined that St. Paschal Church, two miles southwest, would close and St. Cyril Church would remain active. The first Mass for Our Lady of the Angels Parish was on November 25, 2007. Fr. Fraser remained as pastor of the new parish for two years.

Fr. Dariusz Strzalkowski has been pastor since 2009. In addition to his responsibilities as pastor, he often celebrates Mass in Polish at Our Lady of the Scapular in Wyandotte. 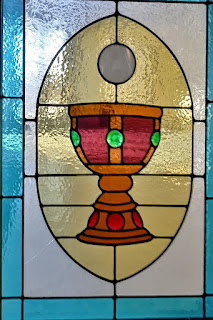 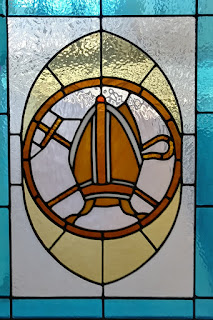 Stained-glass windows were restored and inlaid in a pair of doors. 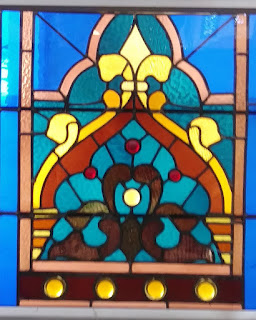 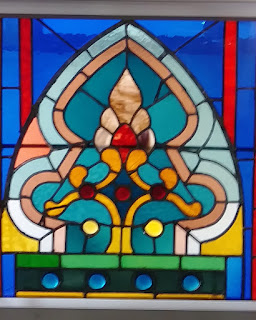 A large crucifix hangs in the vestibule; the baptismal font, Paschal candle, and holy oils outside of the sacristy. 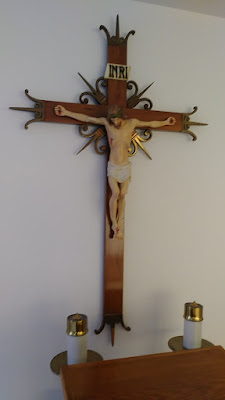 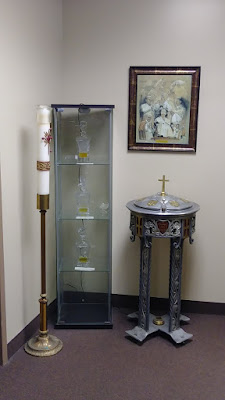 St. Therese, the Divine Mercy, and Our Lady of Guadalupe on the east side of the nave. 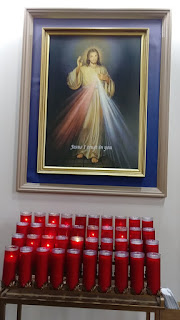 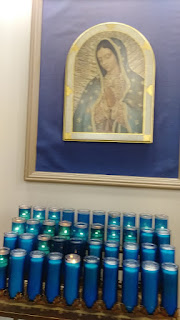 St. Francis, the Sacred Heart of Jesus, and Infant of Prague on the west side. 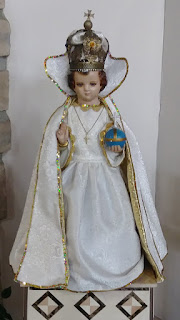 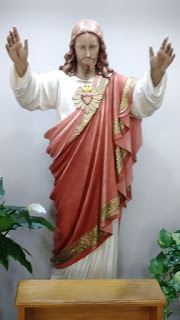 Saturday Vigil Mass is at 4:00pm preceded by Confessions at 3:00pm. Sunday Masses are at 8:00am, 10:00am, and Noon. Daily Mass is at 8:45am every weekday, except for Wednesday. The parish offers Adoration of the Blessed Sacrament after Mass on Thursdays, until 6:00pm.

Email ThisBlogThis!Share to TwitterShare to FacebookShare to Pinterest
Labels: Downriver, Our Lady of the Angels, Taylor

Jacobs is an incredible story that makes his championship run that much more remarkable. In 2011 he was diagnosed with osteosarcoma, a life-threatening form of bone cancer, but he survived and was able to recover to the point of restarting his career. Jacobs racked up the victories and fought his way to the elite of 160 lbs, earning a title shot vs. Gennady Golovkin in March of 2017. It was a close fight that saw Canelo Alvarez vs Daniel Jacobs Fight Card come up short on the scorecards, but he fought well and gave GGG a difficult contest. He’s since beaten Luis Arias, Maciej Sulecki, and most recently won an action-packed battle with Sergiy Derevyanchenko to win the IBF title. Jacobs called out Canelo as his next opponent, and in a rare moment for boxing, he asked and he shall receive.

On May 4th in celebration of Cinco de Mayo weekend Golden Boy Promotions and Matchroom Sport will promote the Middleweight unification match between IBF champion Daniel Jacobs and WBA champion Canelo Alvarez. The much-anticipated event to be hosted at T Mobile Arena in Paradise, Nevada, and shown exclusively through DAZN live streaming. Saul Canelo Alvarez vs Daniel Jacobs Predictions Odds Preview is a Mexican icon form Guadalajara who is world renowned and looking to cement his claim as the best boxer extent. Regardless of whether you believe he outpointed Gennady Golovkin or not his significant improvement in ring generalship at 28 years of age indicate we are witnessing his absolute prime right now.

They're are also really handy if you're concerned about streaming safely on the web, thanks to the encryption they use to hide your details. And the best won't log your personal information, either. We've tested hundreds of VPNs and can recommend these as the best VPN services currently available: Streaming service DAZN has added yet another event to its ever growing roster with the Alvarez vs Jacobs fight. This time the main fight should start at 11.30pm ET, 8.30pm PT. How To watch Canelo Alvarez vs Daniel Jacobs Regardless of whether you believe he outpointed Gennady Golovkin or not his significant improvement in ring generalship at 28 years of age indicate we are witnessing his absolute prime right now.

Saul 'Canelo' Alvarez will defend his WBA and WBC middleweight titles against IBF champion Daniel Jacobs in title unification fight in Las Vegas. Canelo returns to the middleweight division to cement his dominance after fighting in another division against Rocky Fielding to obtain the WBA super middleweight title. Canelo will take on Daniel Jacobs on Saturday 4th May 2019 in the US. However, UK viewers will have to wait until early morning on Sunday 5th May Canelo Alvarez vs Jacobs Fight Time to catch the middleweight action live. Fight fans are in for a real treat and will be looking forward to what promises to be one of the best matchups of 2019.