There has been a lot of buzz about the Chrysler 200 commercial from Super Bowl XLV, at least on Facebook. For about a second in the video there is a shot of Blessed Sacrament Cathedral as seen from John R. So approximately 110 million people either saw it or were grabbing dip at this time.
There were a few discussions online about which church it was, and thanks to a priest's comment we were able to ascertain that it was indeed the Cathedral 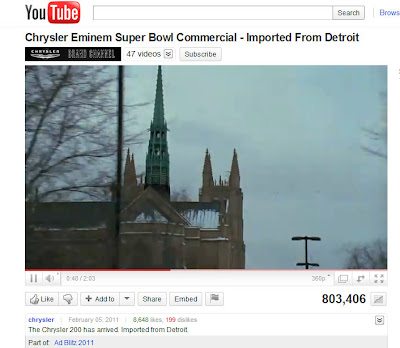