Christian history around Anchor Bay dates back as far as 1679 when Fr. Louis Hennepin, a missionary who accompanied LaSalle, planted a cross in the Anchorville/Fair Haven area. French-Canadian, Catholic immigrants began to settle the area, then called Au Lac (near the lake), in the 18th century. Canadian and French missionaries ministered to the area followed by priests from Grosse Pointe, Mt. Clemens and Marine City.
One of the first settlers, Etienne Rose, deeded a portion of land for a church and cemetery. A log church was built on the site where the current church now stands off the northern shore of Anchor Bay, in Ira Township.
Bishop Peter Paul Lefevere appointed Rev. Charles A. Chambille as the first pastor in 1853. A rectory was yet to be built so Fr. Chambille resided with parishioners at the time. Immaculate Conception of the Blessed Virgin Mary Parish was dedicated on October 15, 1853. Fr. Chambille was later transferred to Dearborn's St. Alphonsus Parish six years later. On December 4, 1885, Au Lac was renamed Anchorville when a post office was established there. 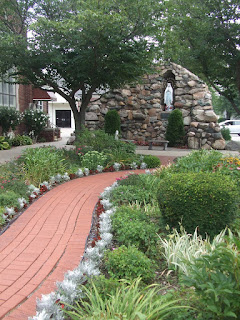 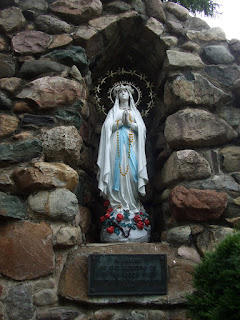 A massive fire on August 26, 1917, destroyed the church, rectory, convent and school. Rev. Fr. James Downey, pastor at the time, led the parish in the reconstruction efforts. Less than a year later, both the church and four-room school were rebuilt. 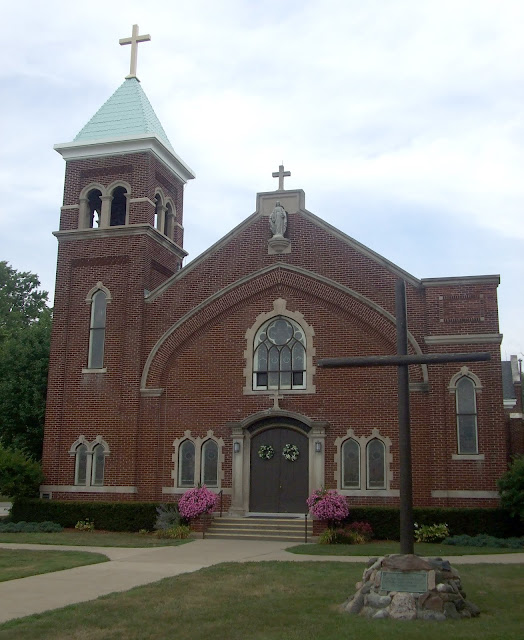 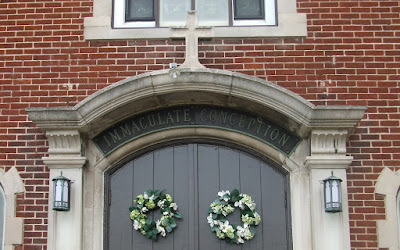 Fr. Downey led the parish for 22 years and continually ministered to the sick, even when his own health declined. He died suddenly of a heart attack on September 19, 1935. More than 1,000 attended the Requiem High Mass including 114 priests and 50 nuns. 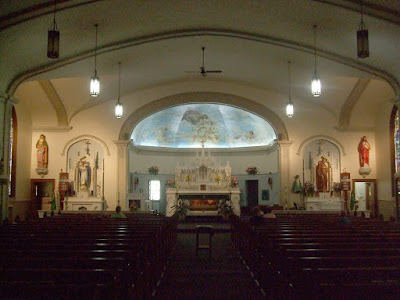 The parish continued to grow in the coming decades. Ground was broken for a new school in May of 1959 and opened the following fall. An additional 8 classrooms were added in 1966. Reduced funding in 1971 forced the school to temporarily close for five years until enough funds were raised. To celebrate the reopening of the school, Fr. Harry Paul held a special Mass of Thanksgiving on Sunday, August 22, 1976.

A Knights of Columbus council was chartered on December 8, 1991. A parish hall and school gymnasium were added in 2005. 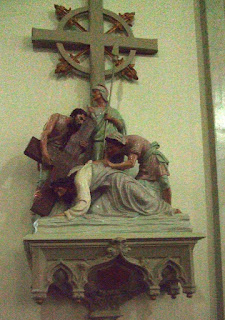 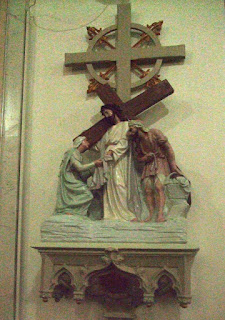 Side altars for the Blessed Virgin Mary and St. Joseph. 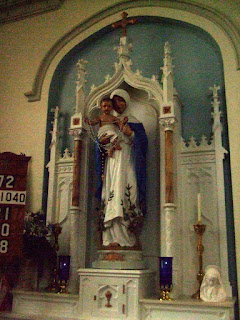 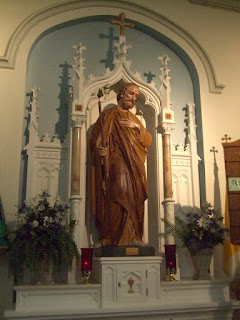 A holy water font near one of the entrances; the Sacred Heart of Jesus stands above a doorway. 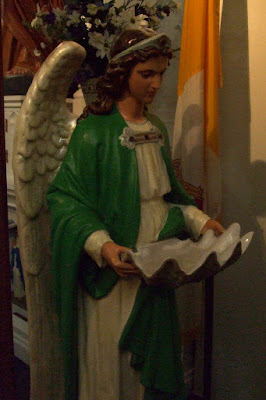 Stained-glass windows and a plaque in the vestibule of the church. 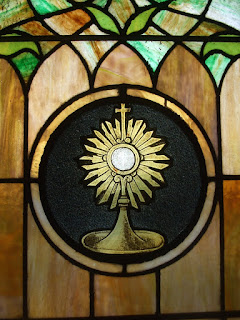 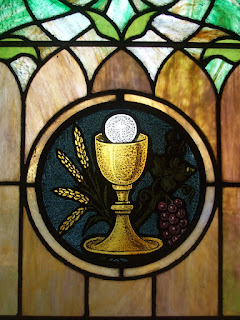 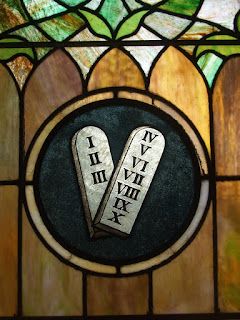 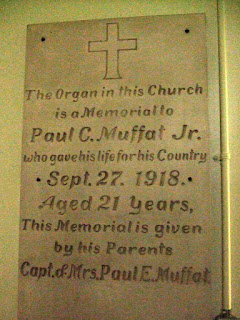 Most of the nave windows depict scenes from the gospels 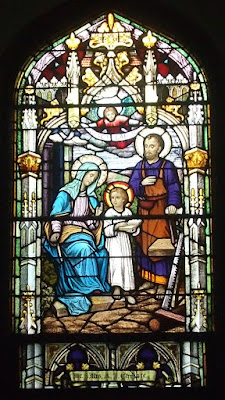 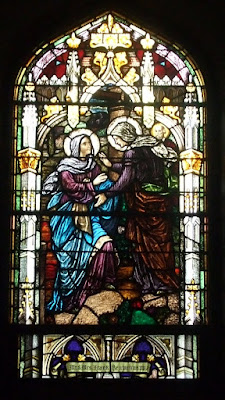 The Adoration of the Magi in the west transept; Resurrected Christ in the east transept 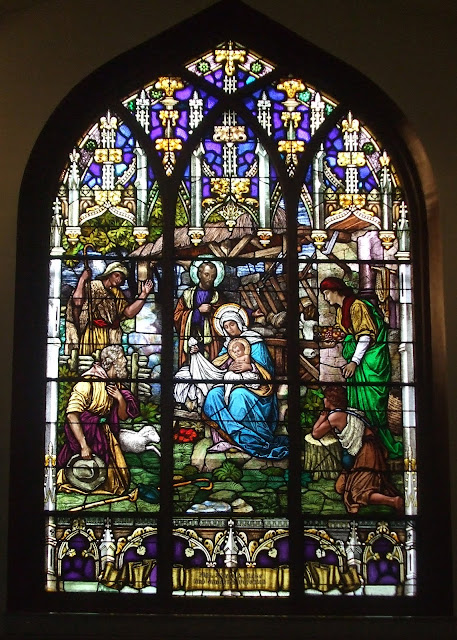 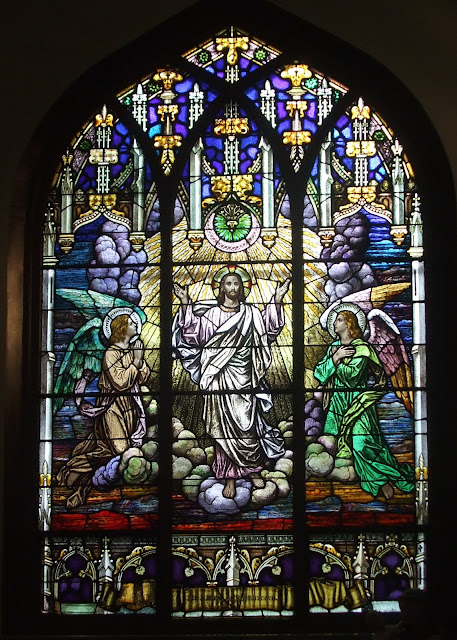 The parish maintain two small, historic cemeteries, Sacred Heart and St. Mary's, respectively. Both stand a few blocks north of the church, on opposite sides of the street. 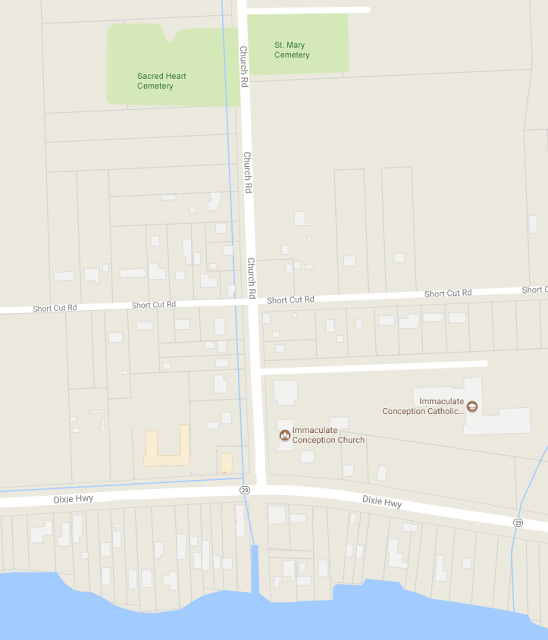 The cemeteries were vandalized in the spring of 2015 when nearly all of the tombstones were overturned. Several limestone monuments, dating back to 1880, were broken in half. Thankfully, damage was minimal and most tombstone were repaired.

Today, over 150 preschool thru 8th grade students are enrolled. Fr. Joseph Esper has been pastor for the last four years and is assisted by permanent deacon Ken Nowicki.