Rev. Fr. Camillus P. Maes organized St. John the Baptist Parish in 1872 to serve Monroe's Irish population, which had struggled to form an English-speaking parish over a forty year period. On September 12, 1872, Fr. Maes purchased a 100' x 150' plot of land, at the corner of Fifth and Monroe Streets, for a  cost of $900. 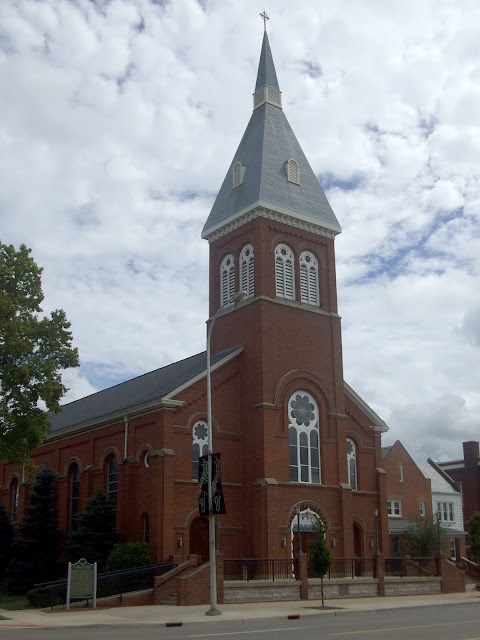 Bishop Borgess blessed and placed the cornerstone on June 24 (Nativity of St. John the Baptist) in 1873. Messre, Phelan and Bodell oversaw the construction. 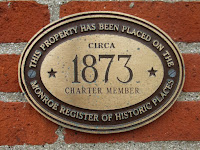 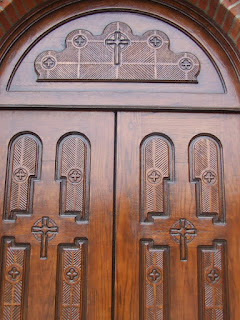 In January, 1892, fire destroyed the interior of the church as well as the steeple. Fortunately, exterior walls survived the fire and remained when the church was rebuilt. Detroit architects Donaldson and Meier led the reconstruction effort and the building was rededicated the following October. 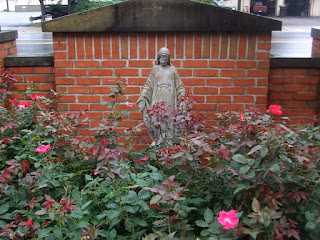 After nearly a century, St. John returned to its original appearance when the steeple was reconstructed in 1991 as part of a year-long, $1 million restoration project. 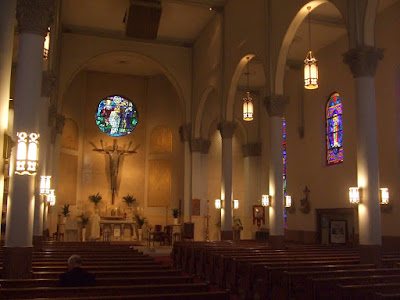 Alpha and Omega cover the reredos, beneath the Baptism in the Jordan 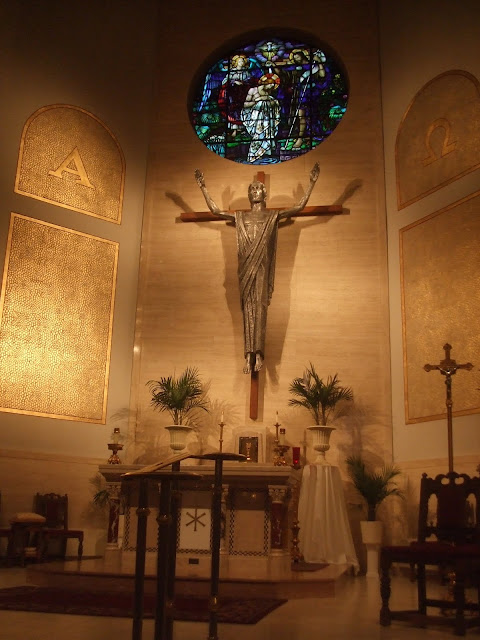 Side altars along with processional banners for St. Mary and St. Joseph, respectively. 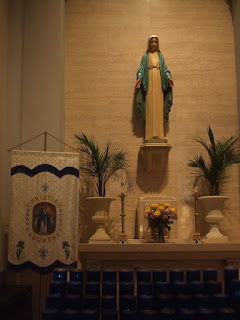 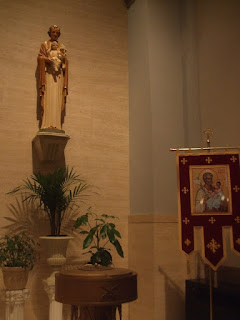 Symbolic windows in the narthex. 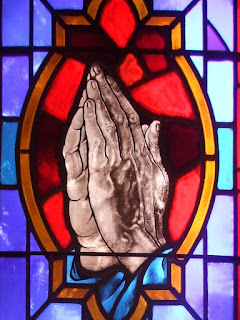 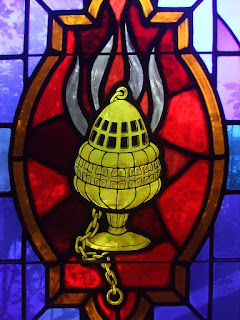 St. Jude, St. Anthony of Padua, and the Infant of Prague in the narthex. 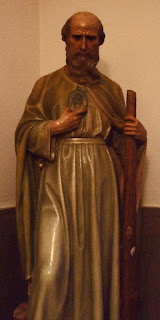 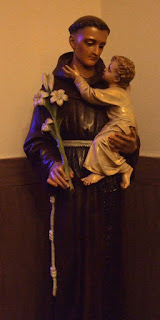 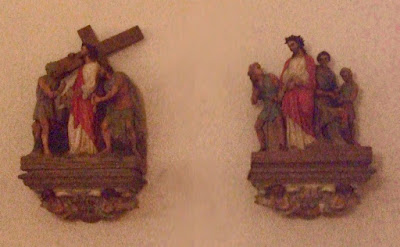 This is my parents parish. Thanks for posting it.