During the late 1910s and early 1920s, laymen from the Detroit area frequented St. Stanislaus Retreat House (now Jesuit Retreat House) in Cleveland, Ohio. In 1923, they established "The Laymen's Retreat League" to build a Jesuit retreat house in the Detroit area under the direction of Fr. John Donoher, SJ. They purchased land in modern-day Grosse Point Park but, after struggling to build a retreat house, they began to look for a new location. Fr. Donoher died in 1925 and  and Fr. William Cogley, SJ, replaced him as chaplain.

In March, 1926, the Edsel Ford Estate purchased the Grosse Pointe Park property. The group then bought William Murphy's 39-acre "Deepdale Estate" in what was mostly a farming area. The location, on the northwest corner of Woodward Avenue and Quarton Road, in what is now the southeast corner of Bloomfield Hills. The location was ideal for their needs as it was central to Detroit and Pontiac and easily accessible. With the approval of the Provincial of the Chicago Province, Fr. Jeremiah O'Callaghan, SJ, the purchase was completed in August of 1926.

The manor house was already built and the first retreat took place September 23-26 of that year. 16 men participated in the first retreat and the house had a capacity for 23. The Superior General wanted the property and activities to be owned and administered by the Society of Jesus. However, in the meantime, laymen owned and operated the facility but ownership was eventually transferred years later. 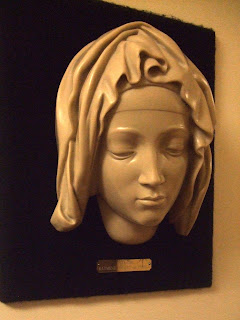 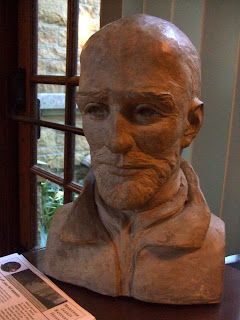 The Retreat Office was originally located in the Gabriel Richard Building in downtown Detroit.  In the early years, it was customary for men from a single parish to make a retreat together. Retreats ended with Benediction at 4:00PM on Sunday and the diocesan pastor normally participated.

Manresa Retreat House borrowed its name from the Spanish city near where St. Ignatius of Loyola lived for a year while he composed the Spiritual Exercises.

Stations of the Cross, a Lourdes grotto, and gateway were added in the late 1920s.
Fr. Cogley grew produce and raised cattle to provide food. Like many, the group struggled during the Great Depression. To make matters worse, the manor house caught fire and burned to the ground on March 22, 1934. That same year, Manresa received an invaluable gift: a chalice which once belonged to the 17th-Century missionary Fr. Jacques Marquette, SJ. This chalice was preserved for over two centuries while in the custody of Native Americans in the Upper Peninsula. It is now displayed in a corner of the main chapel. 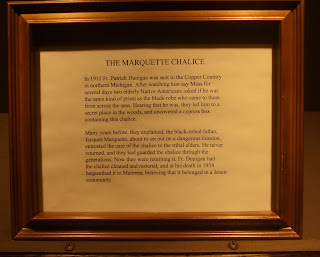 Despite the financial challenges of the time, the group raised enough funds to rebuild at the same site. The cornerstone was laid in early 1935 and the building, constructed under the guidance of Henry Brennan of the W.E. Wood Co., was completed by August 27, 1936. Fr. Marshall Lochbiler, SJ, directed the first retreat with a full capacity of 31 retreatants. The house was built in a style that came to be known as Detroit Cotswold, a style inspired by the Edsel and Eleanor Ford House, completed just a few years earlier. 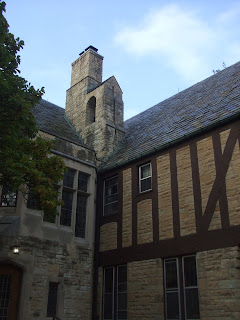 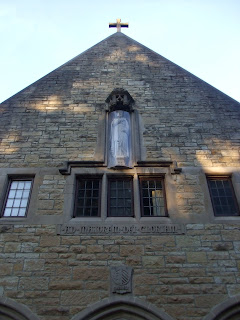 Fr. Cogley, the "founding father" of Manresa, died on July 2, 1945, and was soon replaced by Fr. Gerald Fitzgibbons, SJ. The number of retreatants grew and in 1951 the present chapel wing was built. This added rooms on the second floor and raised the capacity to 42 retreatants. In 1952, Fr. Clement Singer, SJ, became Director. As the number of retreats continued to grow, the possibility of a second retreat house in the Detroit area was considered. Midweek youth retreats became very popular and eventually Manresa needed to expand again.

Fr. Bernard Wernert, SJ, was named Director in 1963 and he moved the offices from downtown to onsite at Manresa. On Palm Sunday, April 3, 1966, ground was broken for the substantial new addition. 1,400 people celebrated the dedication of this extension on May 21, 1967, and capacity rose to 70 retreatants.
High school "Kairos" retreats became very popular and Manresa began to offer women's retreats in the 1970s. On September 12, 1976, Manresa celebrated its Golden Jubilee with an outdoor Mass, presided by Bishop Walter Schoenherr, with over 1,200 in attendance. 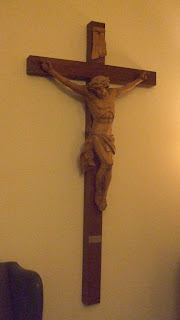 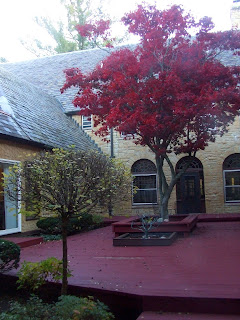 Fr. Werner retired in 1977 and he was replaced by Fr. Eugene Simon, SJ. A second-story chapel was soon added. Our Lady of Manresa, an original statue, was donated by Peter Grande in 1980. A courtyard was added the following year and the main chapel was expanded in 1987.
Manresa went through a series of short-term directors until Fr. James Serrick, SJ, arrived in 1995 and remained there for several years. The former pump house, which was powered by a waterwheel, was converted to a small chapel in 2000.

The Stations of the Cross were refurbished in 2012; the original Stations were encased in new, granite monuments engraved with a corresponding Gospel quote. 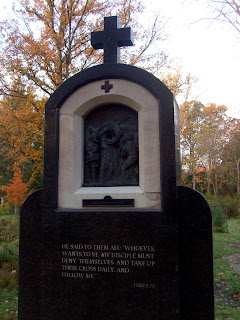 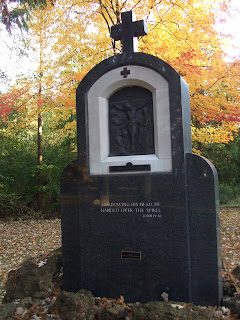 Manresa Retreat House continues to host conference retreats every week, with a capacity of 78 persons per retreat, with a total of 2,600 men and women each year. Individually-directed retreats, Bible studies, Days of Recollection, etc. take place throughout the year.

A. A. groups meet regularly at Manresa,  once fostered by Fr. Jack Schuett, SJ, who ministered to our A. A. constituency for 21 years. Fr. Francis Daly, SJ, is the current Director of Manresa Jesuit Retreat House while Fr. Peter Fennessy, SJ, is Superior of the community.

Daily Mass is celebrated at 8:00am, most weekdays, in the main chapel. On First Fridays, a light breakfast follows Mass. 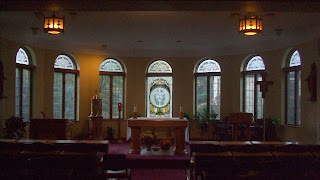 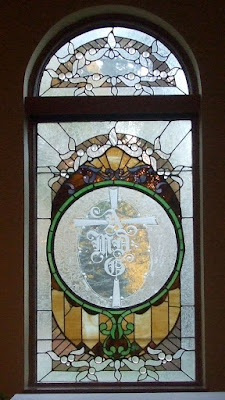 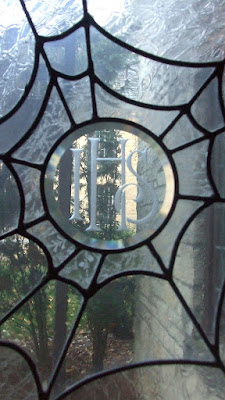 St. Joseph with Child Jesus stands behind a fountain; St. Thomas Aquinas outside the offices. 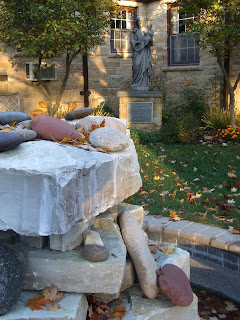 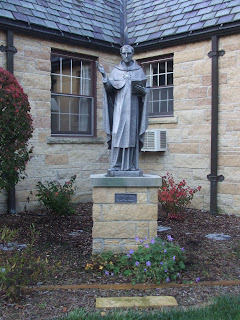 Resurrected Christ near the main road; a St. Ignatius shrine on the path to the chapel. 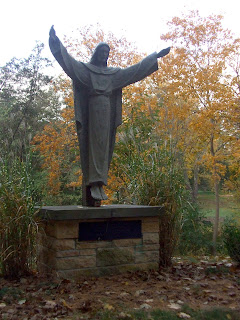 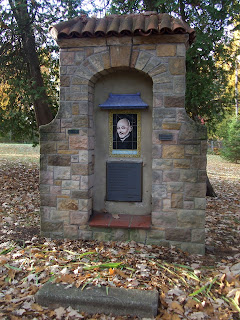 A branch of the Rouge River runs throughout the grounds. 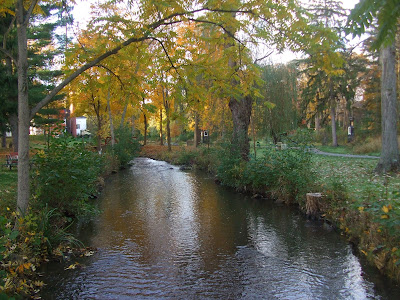 There are several areas for private reflection or conversation scattered around the grounds as well as a nature trail. 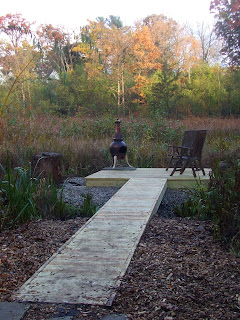 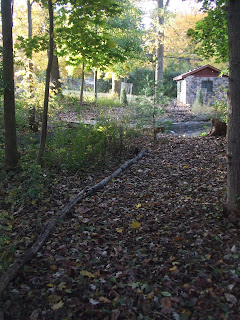 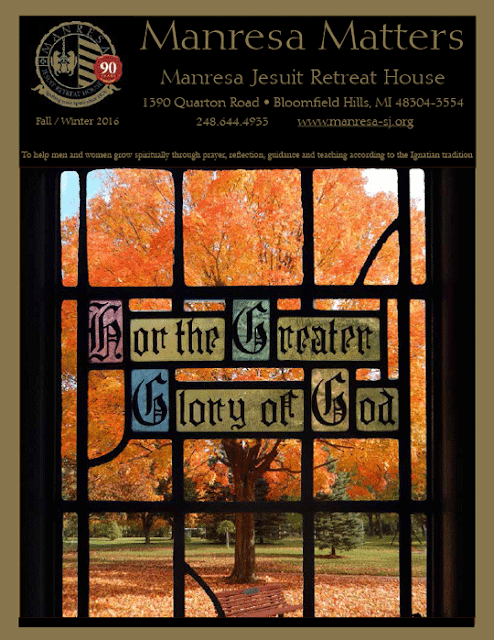 A book on the history of Manresa Retreat House, published in 2014, is available at the office. 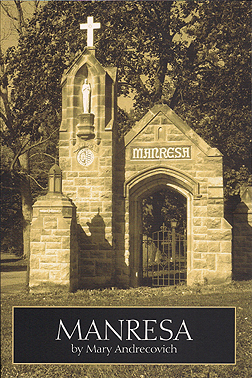