St. Lawrence Parish began in 1866 as a mission of Sacred Heart Parish, in what is now Roseville, which was established a year before. On June 25, 1866, George and Eunice Welkins sold a parcel of land for the construction of a church near what is now Van Dyke and Hall Road. Therefore, the St. Lawrence celebrates its sesquicentennial this year. 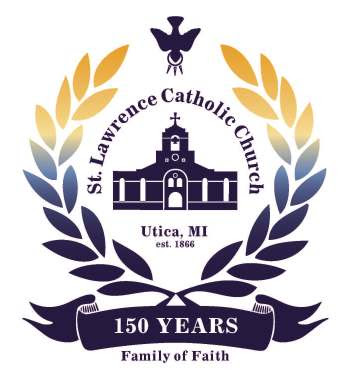 On September 24, 1877, land was deeded from George and Regina Archenbroon to Bishop Borgess, and in 1878 a new cemetery was consecrated as Saint Lawrence Utica Cemetery. In 1898, a large fire destroyed most of Utica but the Church of St. Lawrence survived. Fr. John D. O'Shea was assigned as pastor of Sacred Heart, Roseville, around the year 1900. One weekend a month, he traveled to the St. Lawrence Mission to hear confessions and say Mass. Another large-scale fire destroyed St. Lawrence Church in 1904. Fr. O'Shea celebrated Mass in nearby residences and, before long, the parish rented a hall until the church was rebuilt. Parish social activities, parties, picnics and suppers help to raise $5,367.26 (about $150,000 today) for the building fund.

The cornerstone of the second church was laid in 1908 and the church was completed that year at Van Dyke and McClellan, just north of the first church. In August of 1916, Fr. O'Shea suggested to the people of the parish that they celebrate the Feast of St. Lawrence by having a community dinner. What became the annual parish festival soon began. 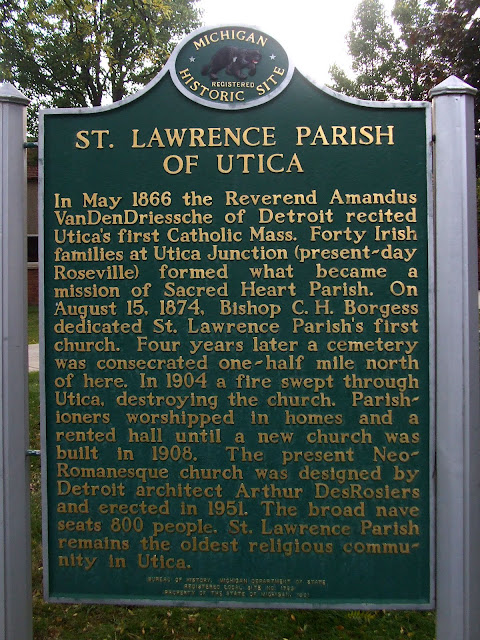 Bishop Michael J. Gallagher appointed Rev. William Crowley to be the first resident pastor in 1924. Three years later, four acres of land were purchased for a rectory. Ground was broken in 1929 for a combination church and school. The third church opened on Easter Sunday, 1930 with the first Mass at 7:30am that day. Bishop Gallagher visited the new church in July of 1930; he dedicated the church, administered First Holy Communion, and administer Confirmation all in the same day. The school opened the following September with a student body of 149. Four Dominican nuns taught at the school under Sr. Rose Vincent, OP, superior and principal. Before a convent was built, the nuns lived in the school.
The parish struggled to pay their debts during the Great Depression and it is believed that this stress caused Fr. Crowley to suffer a fatal heart attack, at the age of 56, on July 12, 1932. He was buried in the parish cemetery. On the day of Fr. Crowley's funeral, Bishop Gallagher appointed Fr. Joseph McIsaac to be the second pastor. Fr. McIsaac was beloved for his charisma, brilliant sermons, and financial prowess. After less than three years as pastor, Fr. McIsaac left the parish to join the Order of Preachers - apparently the Dominican nuns at the school left an impression on him 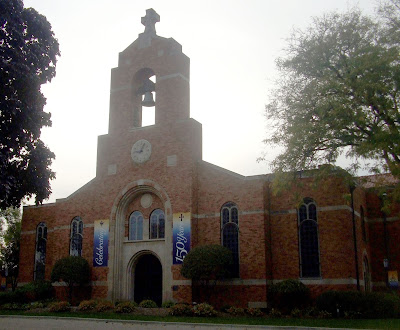 On July 1, 1935, Fr. Edward J. DeKeyser was appointed third pastor and remained at the parish for the next 36 years. When his pastorate began, there were about 200 registered families at the parish. In 1937, a house across from the school was purchased and used as a convent. An additional two classrooms then became available at the school. The relatively-small parish did not have a choir for decades and one or two Sunday Low Masses. The parish grew rapidly in the late 1930s, so much that a new organ was purchased, organized a choir, and added a another Sunday High Mass. 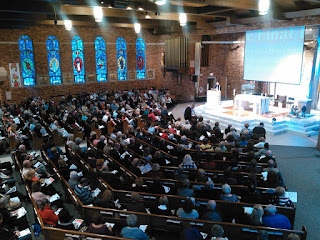 Five servicemen from the parish died during World War II. The school desperately needed to expand during the war but rations and restrictions prevented new construction. However, the parish was able to buy two mobile buildings that allowed seven more classrooms. Because 90% of students contributed to war bonds, the school was awarded the Minuteman flag by the U.S. Department of the Treasury.

A church building fund began started shortly after the end of WWII. The Utica Sentinel stated in a later article: "Father DeKeyser made a house-to-house visit of the people in this (Utica) area known as St. Lawrence Parish. He pushed doorbells and drove back into the field to speak with the members of the parish to learn how they felt about beginning a fund for the construction of a church and possibly a convent. All were in agreement…." Pledges of $45,000 were made, of which $40,000 was collected (more than half a million dollars today). 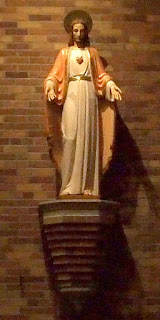 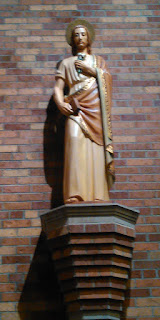 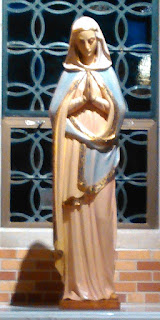 On May 31, 1947, Fr. Daniel P. Bogus was ordained as the first priest raised in the parish. Fr. Elmer Nacy became the parish's first assistant priest in 1948. He remained at St. Lawrence until he was appointed pastor of the new St. Philomena Parish three years later. On March 19, the Feast of St. Joseph, in 1948, ground was broken for a new convent. It was designed by Arthur DesRosiers and built under the supervision of Edward V. Monahan, contractor. Exactly one year later to the day the Sisters moved in. The parish Altar Society furnished the chapel and rooms. 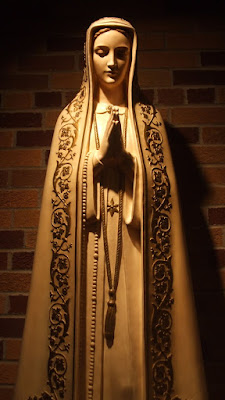 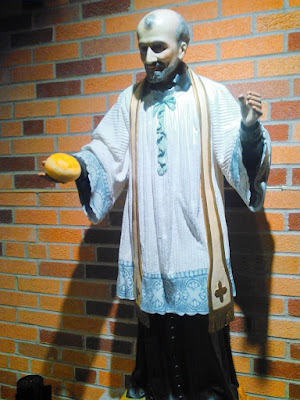 On Saturday, January 25, 1950, in the presence of Rev. Elmer Nacy, assistant pastor; the Sisters of St. Dominic of Adrian; Arthur DesRosiers, architect; Edward V. Monahan, contractor; the building committee; and many parishioners, the Rev. Father Edward J. DeKeyser, pastor, broke ground to mark the official beginning of the building of the new St. Lawrence Church. The cornerstone of the new church was blessed and set in place Sunday, September 3, by Auxiliary Bishop Alexander Zaleski. He was assisted by Fr. Nacy and Fr. Joseph Schramm of Mt. Clemens. 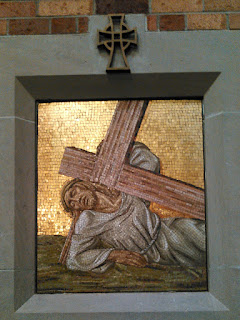 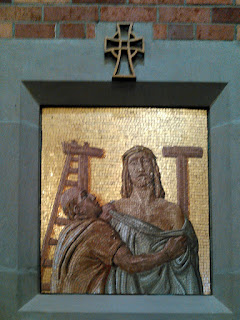 On October 28, 1951, His Eminence Edward Cardinal Mooney blessed the new structure before the 11:00 a.m. Mass. Two years later, the parish began a building campaign for a high school. The campaign quickly collected $237,000 ($2.1 million today) and ground was broken the same year. 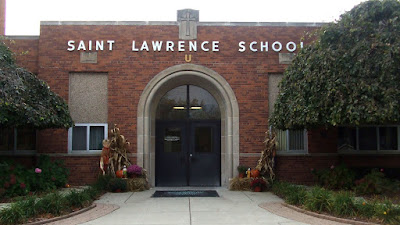 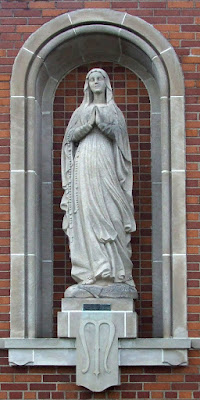 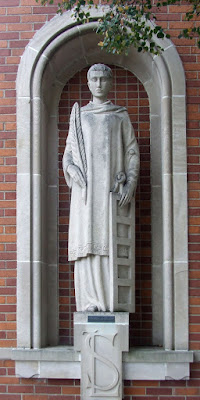 Fr. DeKeyser celebrated his 25th anniversary as pastor in 1960. On September 30, 1962, Fr. DeKeyser was elevated to Monsignor by Pope John XXIII. He was invested with the of his office by Archbishop John Dearden and was among 14 newly appointed monsignors in the Detroit Archdiocese. By 1966, St. Lawrence had 2,000 registered families.

While the parish continued to grow, St. Lawrence was in debt and the high school was forced to close in 1971. Msgr. DeKeyser soon retired but maintained residence at the rectory as Pastor Emeritus. A month later Fr. Francis H. Burns was appointed pastor and remained at St. Lawrence for the next two decades. The parish soon grew to 3,700 families and during this time, the parish placed a strong emphasis on continuing education and faith formation. 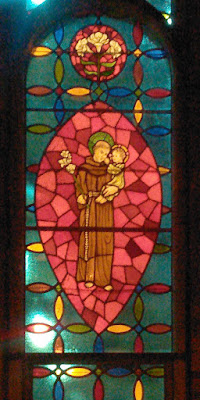 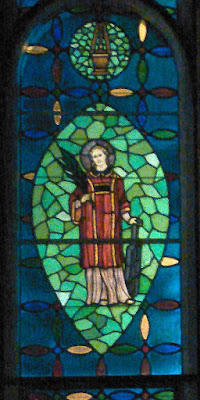 During the 1980s, extensive repairs were made to the church roof, walls, bell tower, doors, steps and stained-glass windows. The following year, an attached activities building opened and was named after Msgr. DeKeyser. Five cantors from the parish sang in the Papal Mass on September 19, 1987, with Pope St. John Paul II. 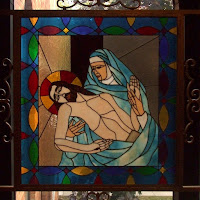 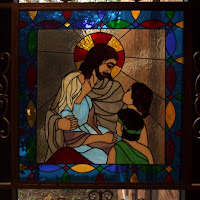 Thirty Detroit churches closed in 1989, one of which was another by the name of St. Lawrence located in the area of Michigan Avenue & Lonyo. Fr. Stanley Kasprzyk, pastor of the southwest Detroit parish, donated two statues of the patron as well as several vestments, a banner, and other church furnishings. The same year, Utica's St. Lawrence began a $450,000 renovation program. A balcony, with a capacity for more than 100 people, was added to the church. In addition, the tabernacle was moved to a side altar, restrooms were updated, lighting replaced, refurbished church interior, new carpet and HVAC. 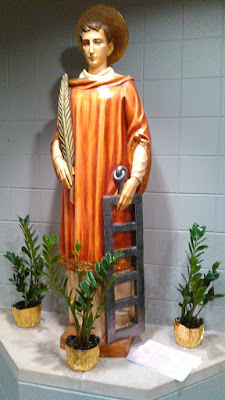 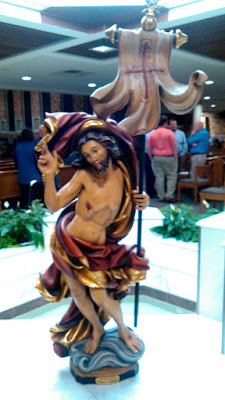 In the early 1990s, St. Lawrence was reportedly the largest parish in the Archdiocese of Detroit. In conjunction with the parish's 125th anniversary, the church was designated as a Michigan Historic Site on May 15, 1991. Fr. Burns retired in 1991 but most of his successors have seen only one or two year pastorates. Fr. Bob Fisher was pastor 2003-2014, until he was assigned as pastor of National Shrine of the Little Flower Basilica in 2014. Fr. Roman Pasieczny has been pastor for the last two years and is currently assisted by Fr. Robert Salton and Fr. Matthew Ellis.

Reconciliation, Saturday, 3:30 pm
Eucharistic Adoration, First Friday of every month from Noon–3:00 pm
(September through May)
Perpetual Help Devotions, Tuesday morning after the 8:00 am Mass