In 1925, a lay group petitioned Bishop Gallagher to establish a parish in Melvindale and the petition was soon granted. Fr. Julius Bono celebrated the first Mass of St. Mary Magdalen Parish on January 12, 1926. Before the parish built a church, they worshiped at the former Dasher School, on the corner of Allen Road and Demean Street, two blocks south from what would eventually be the permanent location. Dasher School was not in use at the time and Fr. Bono rented the building for $25 per month. The school was later demolished to make room for a railroad. When it opened, the parish served all of Melvindale, Allen Park and Taylor, as well as portions of Dearborn, Dearborn Township, Lincoln Park and southwest Detroit. 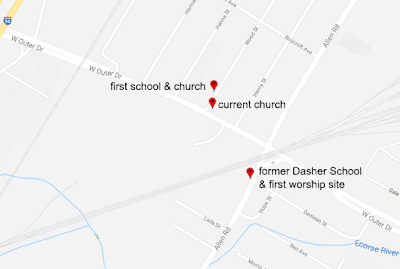 Fr. Alfred Saylor was appointed pastor in 1927 and, two years later, he oversaw construction of a combination church and parish school. The school consisted of four classrooms for eight grades on the second floor of the building while the ground floor was used as the church. Fr. Saylor celebrated the first Mass in the new church on Oct. 2, 1929. 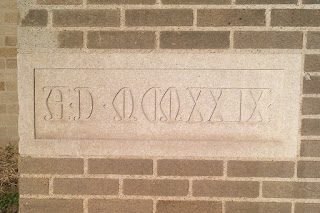 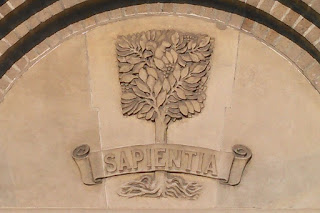 The parish continued to grow and the school needed to expand so a new church was then built across the street. The first Mass in the current church was in November of 1955 and the tabernacle from the previous edifice is still in use. A child parish of St. Conrad was established in 1966, also in Melvindale, less than two miles from St. Mary Magdalen. 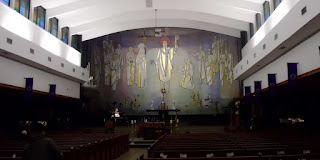 The mural behind the altar was painted by a Chicago-based artist, Melville Philip Steinfels, in 1955. Our Lord stands at the center, holding grapes and wheat, surrounded by the Blessed Virgin Mary, St. Joseph, St. Joseph the Baptist and the Apostles. 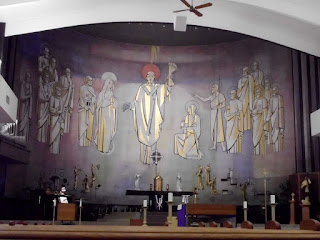 St. Mary Magdalen School celebrated it's 75th Anniversary in 2004 but, due to low enrollment, the school closed shortly after. St. Conrad Church closed in 2008 and merged with St. Mary Magdalen. 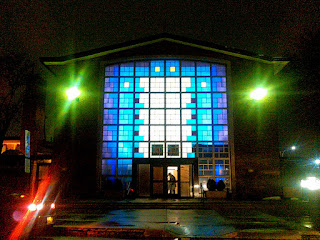 Most of the windows are bright, colorful and geometric. Clerestory windows are green, orange, pink and yellow while various tints of blue tower over the front facade. 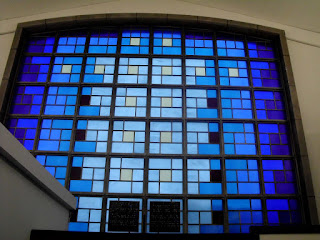 The Descent of the Holy Spirit hangs in the narthex. Also in the narthex is an image of Our Lady of Guadalupe, patroness of the Americas, with saints from North and South America.  Clockwise from top left are: St. Elizabeth Ann Seton, St. Kateri Tekakwitha, St. John Neumann, St. Martin de Porres, St. Katharine Drexel, St. Juan Diego, St. Frances Cabrini and St. Rose of Lima. 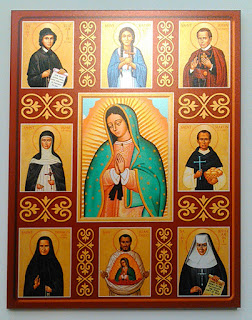 The parish namesake stands at the edge of the sanctuary. 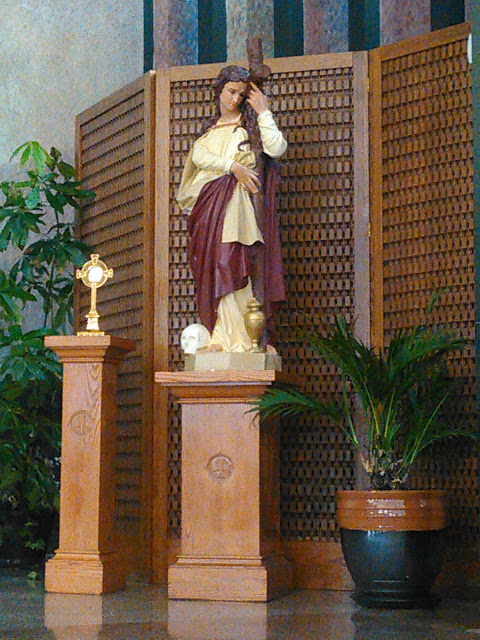 The baptismal font stands on the north side of the church. 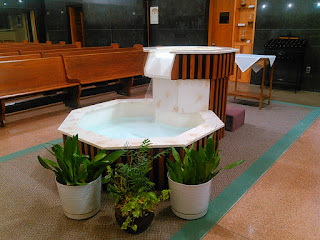 To the right of the altar is the Sacred Heart of Jesus, pictured with two children, as well as Mary, Undoer of Knots. 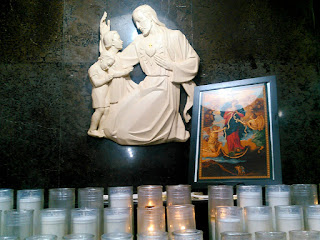 The Holy Family is portrayed at the left side of the altar. 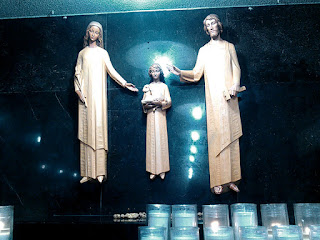 Stations of the Cross line the walls of both transepts. 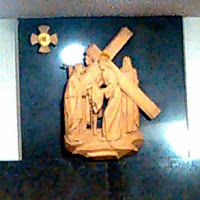 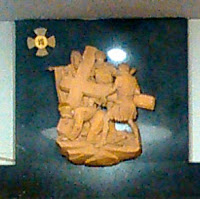 Saturday Vigil Mass is at 4:30pm, preceded by Confessions at 3:30pm while Sunday Mass is at 10:00am. Monday nights bring 6:00pm Angelus followed by Rosary and 6:30pm Mass. Tuesday mornings bring 9:00am Mass. 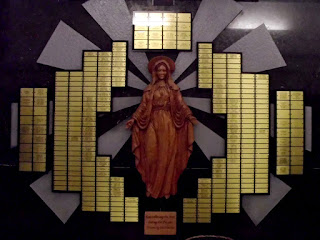 On the parish's 90th anniversary in 2016: The News Herald
About the closure of St. Conrad's: The Spirit of the City Blog
More about Fr. Zaorski: The Michigan Catholic
Posted by detroitchurchblog at 2/28/2018 10:43:00 AM