The plans for St. John’s Provincial Seminary were conceived in 1936 but, delayed by World War II, construction did not begin under a decade later.  Under the direction of Cardinal Mooney, St. John’s was designed with Romanesque archways, wide-open spaces, and a grand bell tower. Classes began in 1949 and St. John’s soon became the primary graduate-level seminary for training parish priests in Michigan. Seminarians even built their own golf course, Mission Hills, on the seminary grounds. They moved the rocks, dug the dirt, mowed the grass, and maintained the grounds. In order to play the course, a seminarian had to work at least 60 hours per year on maintaining the course.
For the first few decades, St. John Provincial Seminary averaged about 200 seminarians. Enrollment dropped dramatically in the 1960s and 70s, to the point that the St. John's housed 20-25 seminarians per academic year. To help balance the budget, the golf course was leased to a for-profit manager and the public was permitted to access the greens starting in 1979. Eventually, due to low enrollment and high overhead costs, St. John Provincial Seminary closed in 1988 and was put up for sale. Graduate-level seminarians then moved to Sacred Heart Major Seminary, which was previously a minor seminary for high school and undergraduate studies. 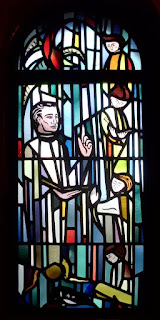 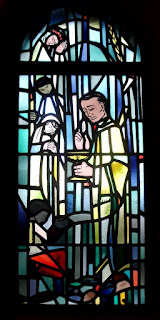 In 1990, Archbishop Maida began planning the long-term use of the site and to repurpose the facility for the archdiocese. He was made a cardinal two years later then, in 1996, St. John’s Center for Youth and Family opened.  The retreat house operated for more than a decade before it was suspended by the archdiocese because of low attendance. 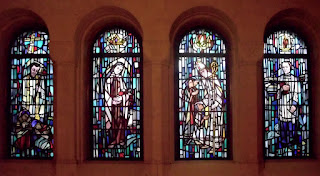 The site was renovated to become a banquet and conference center. At the same time, the golf course was expanded and improved. The three courses are named after evangelists: Matthew, Mark and Luke. Of course, the entire complex is named after St. John. The archdiocese has not subsidized general operations at the site since late 2009. 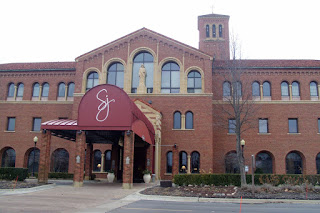 The chapel has become a popular place for weddings and ceremonies in the chapel must be according to the Catholic Rite. Revenues from a hotel, conference center and golf course on the property provide enough funds for the archdiocese to maintain the property and to provide a subsidy to its wedding ministry. A balcony that overlooks the chapel, which was once likely used by the rector of the seminary, is now used a bridal suite and private dressing room. 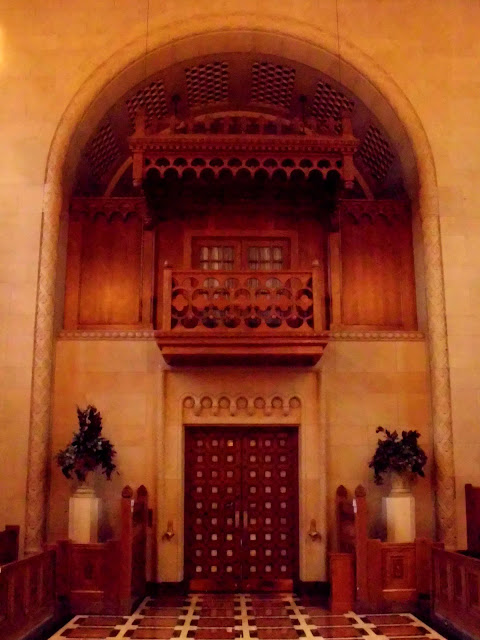 Our Lady of the Rosary and St. Joseph stand outside the main doors to the chapel. 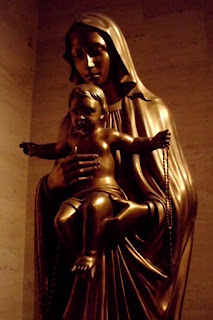 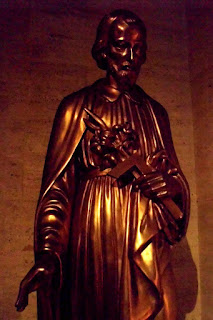 Like many seminaries and monasteries, the chapel features antiphonal seating for group prayer such as the Divine Office/Liturgy of the Hours. 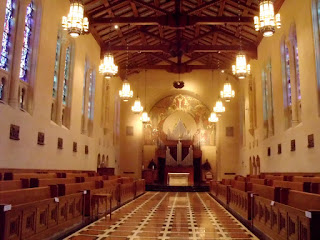 Bronze Stations of the Cross line the walls of the nave. 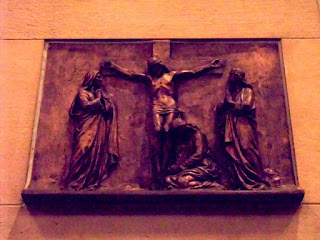 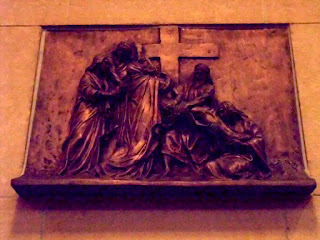 Contemporary stained-glass windows are likely to be replacements from the 1970s. 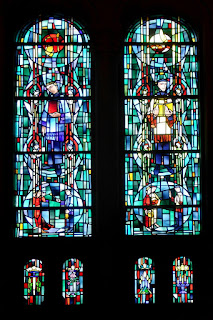 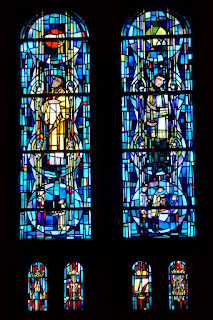 Christ the Eternal High Priest is depicted above the altar. 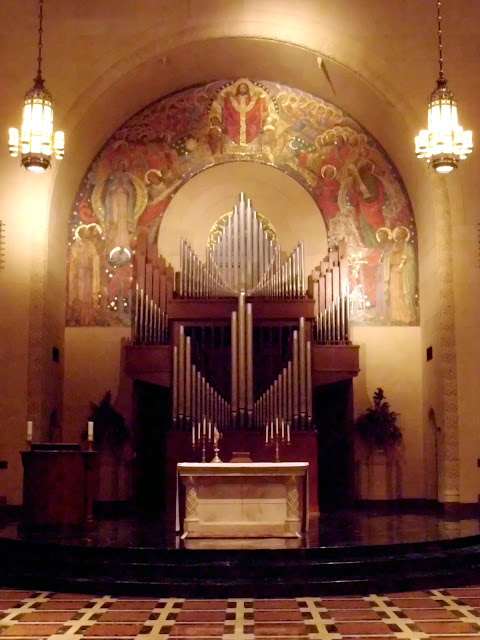 The tabernacle stands in the right transept. An inscription here recalls the words of Our Lord to St. Margaret Mary Alacoque:  "Behold the Heart that has so loved men that it has spared nothing, even to exhausting and consuming Itself, in order to testify to Its love; and in return, I receive from the greater part only ingratitude, by their irreverence and sacrilege, and by the coldness and contempt they have for Me in this Sacrament of Love. But what I feel most keenly is that it is hearts which are consecrated to Me that treat Me thus." 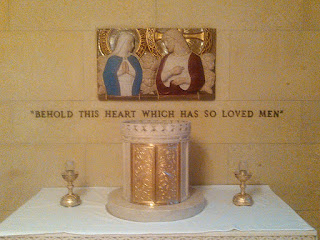 A statue of the Blessed Virgin Mary stands in the left transept; view of the open truss ceiling. 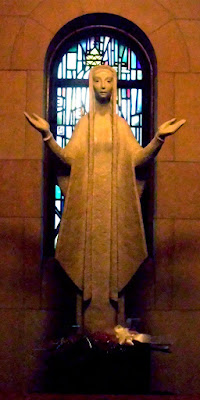 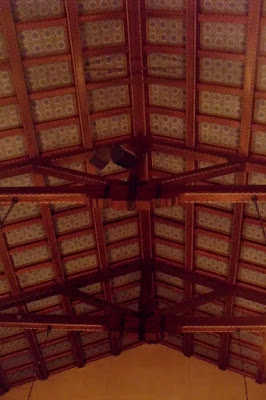 Statues and small, stained-glass windows over each transept. 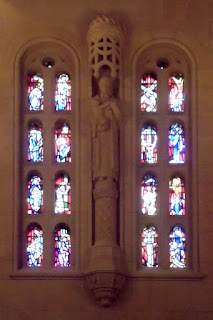 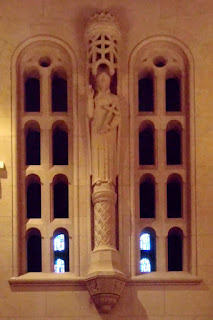 For more info: Archdiocese of Detroit + The Inn at St. John's
Articles about the redevelopment: The Michigan Catholic, Crisis Magazine, Detroit Free Press
Posted by detroitchurchblog at 3/06/2018 06:08:00 PM

I have a photo of a mural in an Unknown Michigan church done by my great grandfather. Is there A way I could send it to you to see if you’ve seen it around? St. John’s is one of the possible places it might be from.