St. Anne Parish was established in March of 1945. The parish purchased Warren Village Barn for $14,000. The first Mass in the remodeled barn was on Easter Sunday, April 21, 1946. There were 225 founding families. Furnishings of the chapel came from many sources: main altar candlesticks from Annunciation Church in Detroit; side altar from St. Augustine in Richmond; floor coverings from the Fisher Building in Detroit; vestments from Sacred Heart in Imlay City; statues from St. Patrick in Wyandotte; pews from St. Juliana in Detroit. Original Monstrance, Missal and chairs from Fr. John Ryan of the Confraternity Office.

A parish school was established in 1949 and staffed by IHM Sisters. Sr. Mary Lorenza, IHM, served as the first principal and led the school for six years. 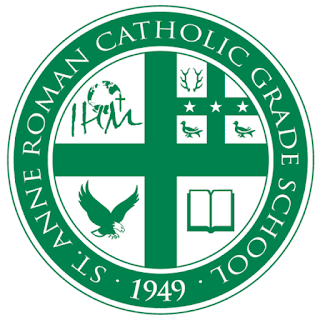 In April of 1953, construction began on a multi-purpose building that functioned as auditorium, gymnasium, and temporary church. This building is still used as the gym for the parish school. 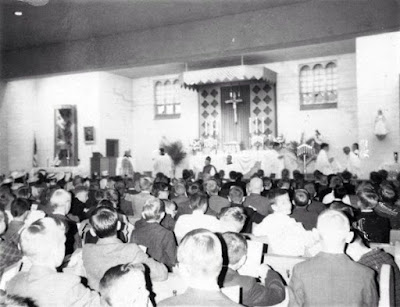 In 1962, the firm of Charles M. Valentine and Associates in Marysville was hired to design a permanent church. Clarenece Gleeson Inc. was contracted to build the structure. Ground was broken on Sunday, April 5, 1964. 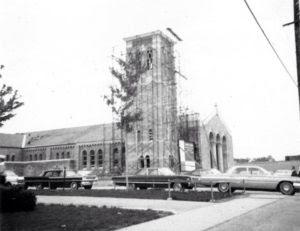 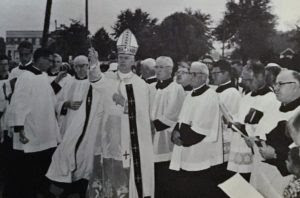 St. Anne Church was designed and built during a time of transition surrounding the Second Vatican Council. Accordingly, the church features some classical and contemporary features. The belltower stands at a height of sixty-five feet. 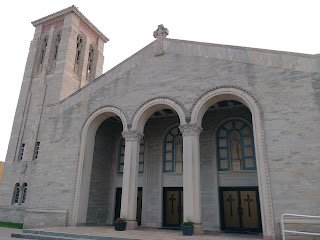 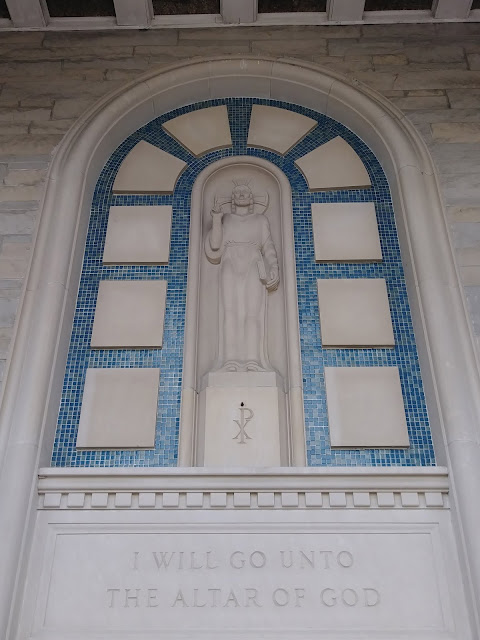 A depiction of the Blessed Virgin Mary is above the Magnificat (Luke 1:46-55); St. Joseph with a reference to Matthew 1:19. 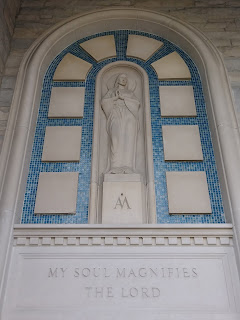 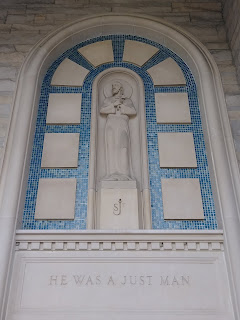 Fr. Frank Walsh (below left) was founding pastor and remained at St. Anne for 25 years until his retirement in 1970. He was replaced by Fr. Fabian Slominski (below right) who, in turn, led the parish for 11 years. The IHM Sisters left the school in 1978 and were replaced by Adrian Dominicans. Sr. Patricia Lynch, OP, was principal for five years. In 1983, Dr. Thom Engel was appointed as the first lay principal of the school. The parish high school closed in 1988. 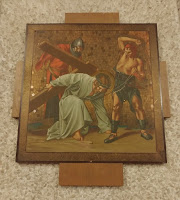 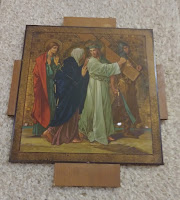 In July of 2005, Fr. Alberto Bondy, a graduate of the parish elementary school, began a thirteen-year term as pastor. He was granted senior priest status in July of this year. Fr. Paul Coutinha, SAC, soon succeeded him as the seventh pastor in the history of St. Anne Parish. 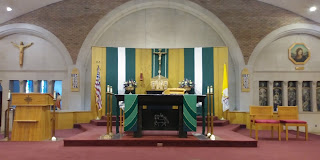 The church features a low, barrel-vault ceiling. The edifice is built in a traditional cruciform shape but with the altar in the center, between the two transepts. 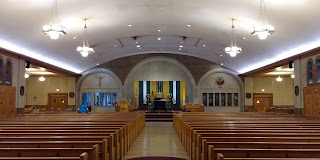 To the left of the main altar is the entrance to a chapel. 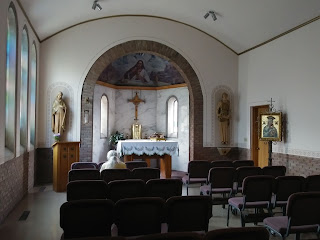 An image of St. Anne hangs on the right side of the sanctuary. Below this are New Testament depictions for six of the seven sacraments. From left to right: Baptism, Holy Communion, Confirmation, Reconciliation, Anointing of the Sick, and Holy Orders. With only six available panels, Holy Matrimony was left out. 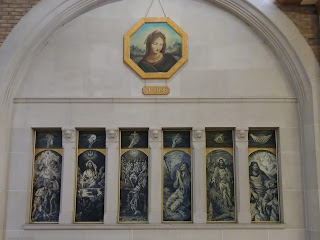 The baptismal font stands in a transept; St. Anne with Child Mary stand in a niche. 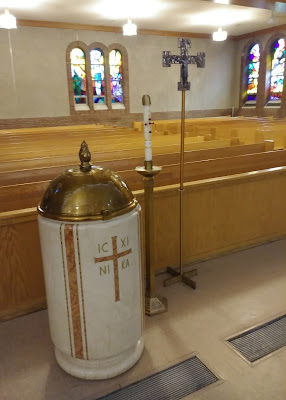 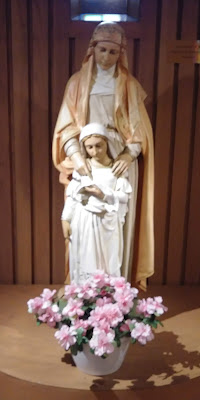 The Immaculate Heart of Mary stands in a niche on the left side of the nave; St. Joseph with Child Jesus on the right side. 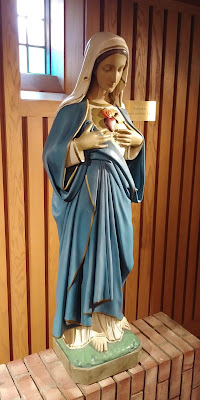 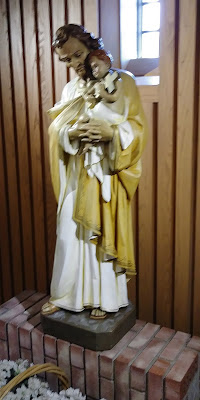 Modern, colorful windows are found in the nave. These are likely replacements. 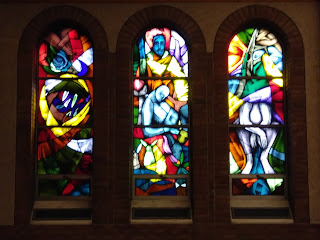 The former baptistry, at the base of the belltower, is now a space for storage and meeting. 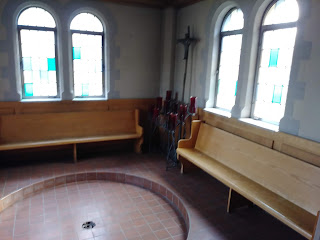 A statue of the parish namesake stands in a garden between the church and parking lot. 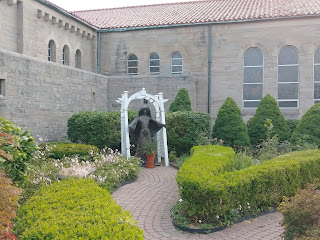 Saturday Vigil Mass is at 5:00pm preceded by Reconciliation at 4:00pm. Sunday Masses are at 8:45am and 11:00am. Daily Mass is at 8am, Monday-Saturday. When school is in session, the Monday morning Mass is at 9:15am. 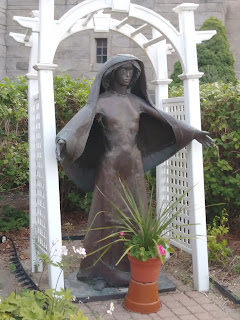 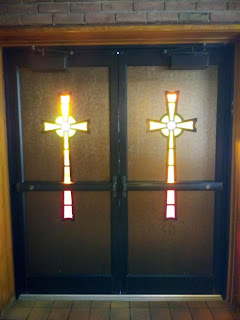