Masses followed by novena prayers are also celebrated weekdays and Saturdays, in the chapel, at 10:00am. 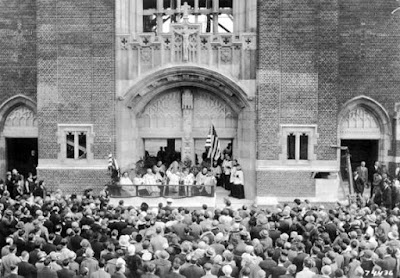 St. Ambrose Parish was established by Bishop John Foley on  September 16, 1916. A temporary, wood-frame church was designed by the architectural firm of Donaldson & Meier. The first Mass was celebrated on July 4, 1917. A grade school opened in 1920 with 650 students and a high school was added three years later. 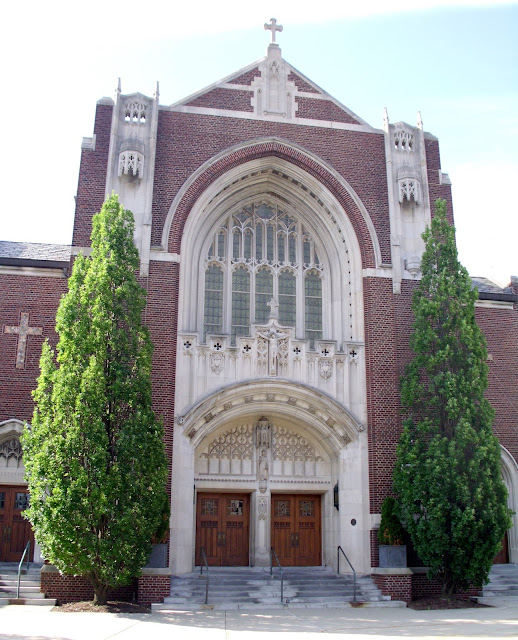 Construction of a permanent church began in 1926. Again Donaldson & Meier designed the parish church, this time in the Norman Gothic style. The first Mass was celebrated on Christmas Eve of 1927. 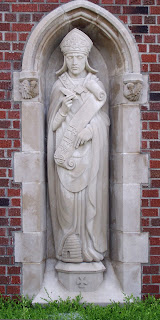 Detroit Stained Glass Company fabricated the windows and they were installed in the late 1930s. A 2,400 pipe organ was installed after World War II. Local architect George Diehl oversaw completion of a new rectory in 1947 and a Adrian Dominican convent three years later. 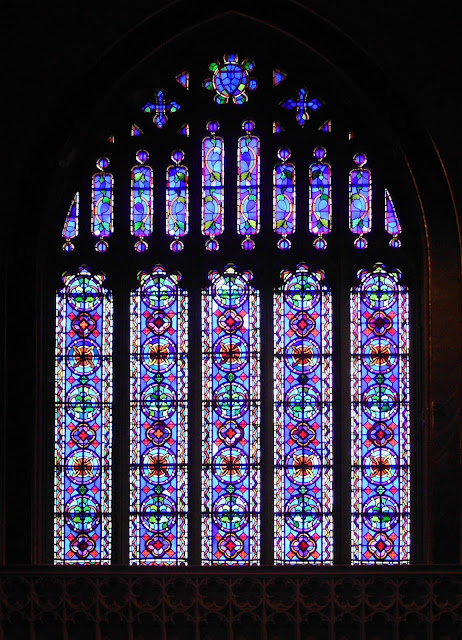 1972 saw the closure of the parish high school as well as renovations to the church interior. The former high school was razed in 1983. 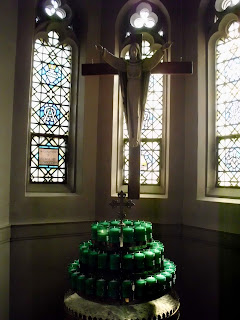 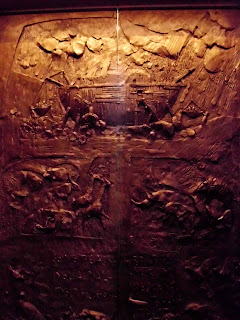 Construction of a new social hall, called the ARK, began in 1999. It was designed by architect Gunnar Birkerts who also oversaw the renovation of Blessed Sacrament Cathedral. The grade school closed in 2002 but is now occupied by a charter school. 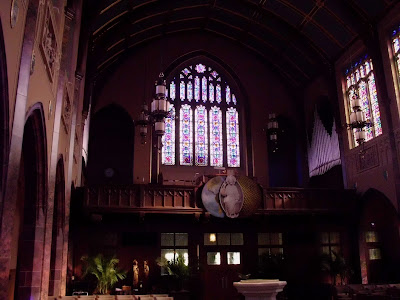 St. Ambrose is located just north of Jefferson and east of Alter Rd., very close to the border of Grosse Pointe Park and Detroit. 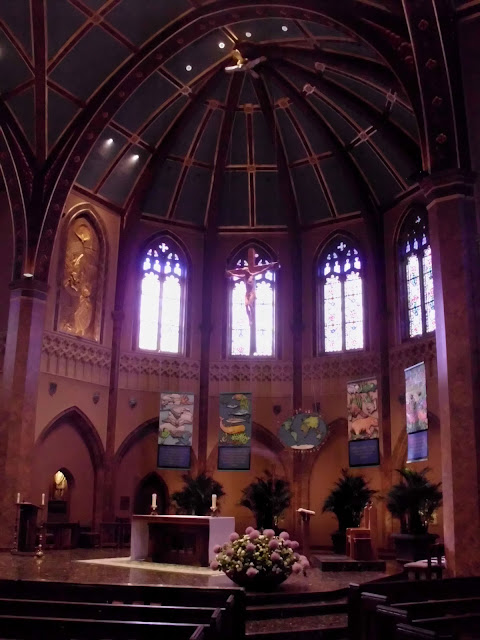 Icons of the Sacred Heart of Jesus and Mother of Perpetual Help hang in the narthex. 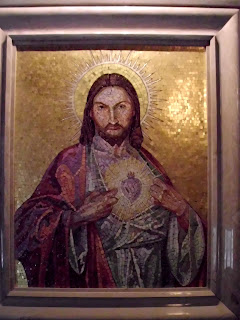 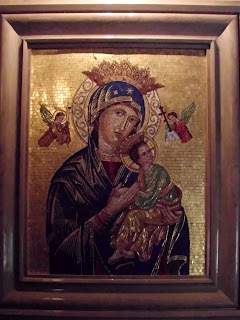 The baptismal font stands at the rear of the nave, in the center aisle. 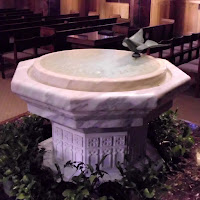 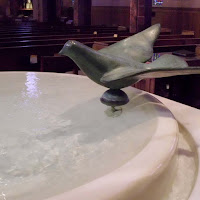 Windows in the lower level and clerestory, respectively, are identical to each other. 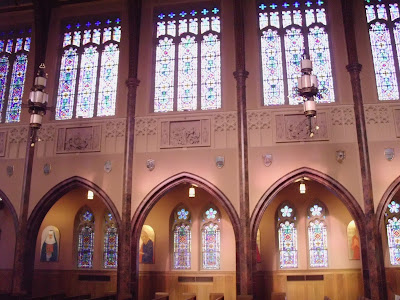 The Holy Family stands alongside the Paschal candle. 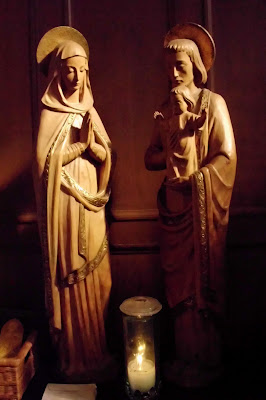 Icons of many saints line the walls of the nave.

The tabernacle stands in the west transept. 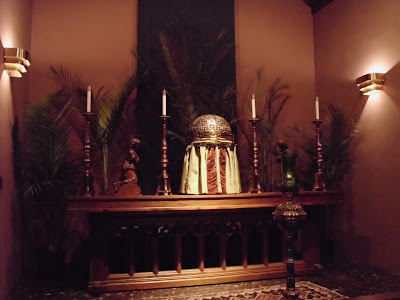 A statue of the patron in the east transept, along with St. Patrick. 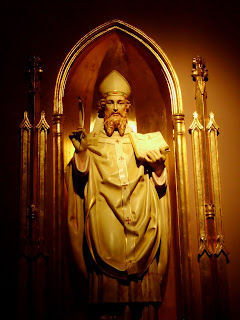 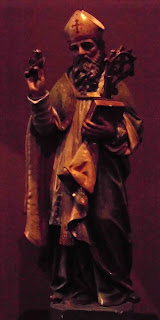 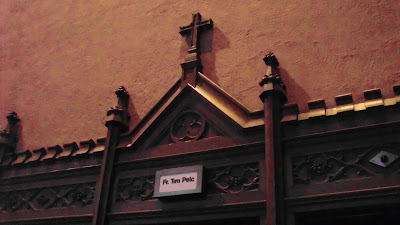 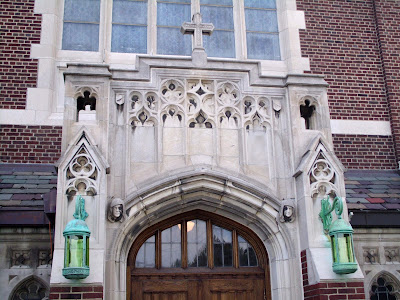