I happened to go to the Cathedral of the Most Blessed Sacrament this past Sunday and noticed some things I hadn't before, suspended Galeri. These hats (until the late 1960's) were given to Cardinals at their consistory. As you have probably heard by now, the US has gained 2 Cardinals, Dolan and O'Brien. Our newest US cardinals received the scarlet zucchetto and biretta.
The Cardinal's galero is traditionally hung over his remains upon interment. The popular tradition is that once the hat disintegrates and falls the ground the Cardinal has left Purgatory and entered heaven.
However, Cardinals Mooney and Dearden are buried in Holy Sepulchre cemetary in Southfield, so we veer from tradition there.
Maida and Szoka are the other two Detroit Cardinals, both still living. It is not known whether the current Archbishop Vigneron will ever receive the red hat.
I don't know which Galero belongs to which deceased Cardinal, but one hangs in each transept. 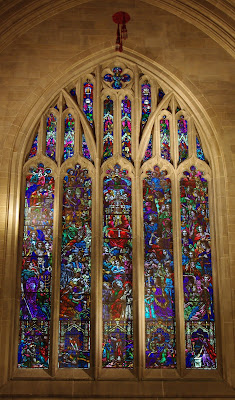 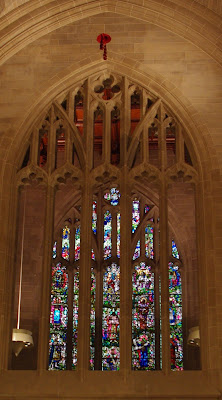 South transept has the Blessed Sacrament side chapel. 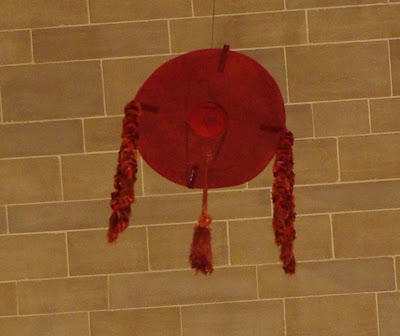 Close up of Galero. 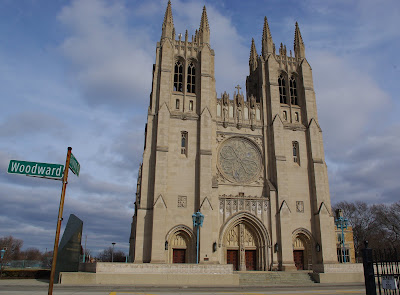 What's happening with our Churches?

Update 2/21 for the pith-seekers: See the action plan for your parish here.

I apologize, oh internet for neglecting to update you.
There is going to be a press conference tomorrow, and there is this which I copied and pasted from aodonline.org which apparently has a new URL:
My pastor read a little bit of what we are getting in the mail. This isn't the doom and gloom that the media has been dishing out, but our Archbishop is laying out a plan for our parishes to be healthier through our involvement. Support Archbishop Vigneron in Together in Faith.
I already received a letter from Archbishop Vigneron, but it had nothing to do with this. Some fellow young adults and I wrote thank you notes to show our appreciation for his stand against the current administration's HHS mandate. Here is a video he posted this past week.

Email ThisBlogThis!Share to TwitterShare to FacebookShare to Pinterest
Labels: Archbishop Vigneron, Archdiocese of Detroit, Together in Faith

Michael Semaan is organizing another Church tour. This one will be focusing on the Southwest neighborhood and some familiar favorites will be visited as well. It will close with a Tridentine Mass at St. Joseph reportedly to be celebrated by Fr. Darrell Roman, Administrator of St. Joseph who has learned to read Holy Mass in the Extraordinary Form in the months since he became administrator of the clustered parishes of St. Joseph, St. Josaphat, and Sweetest Heart of Mary.
E-mail me or leave a comment if you want the contact information or the full form. ( I don't want to put all of Michael's information all over the internets.)
See the post labels for any previous posts I may have made about the churches on the list. 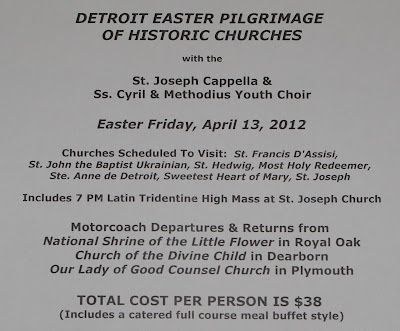