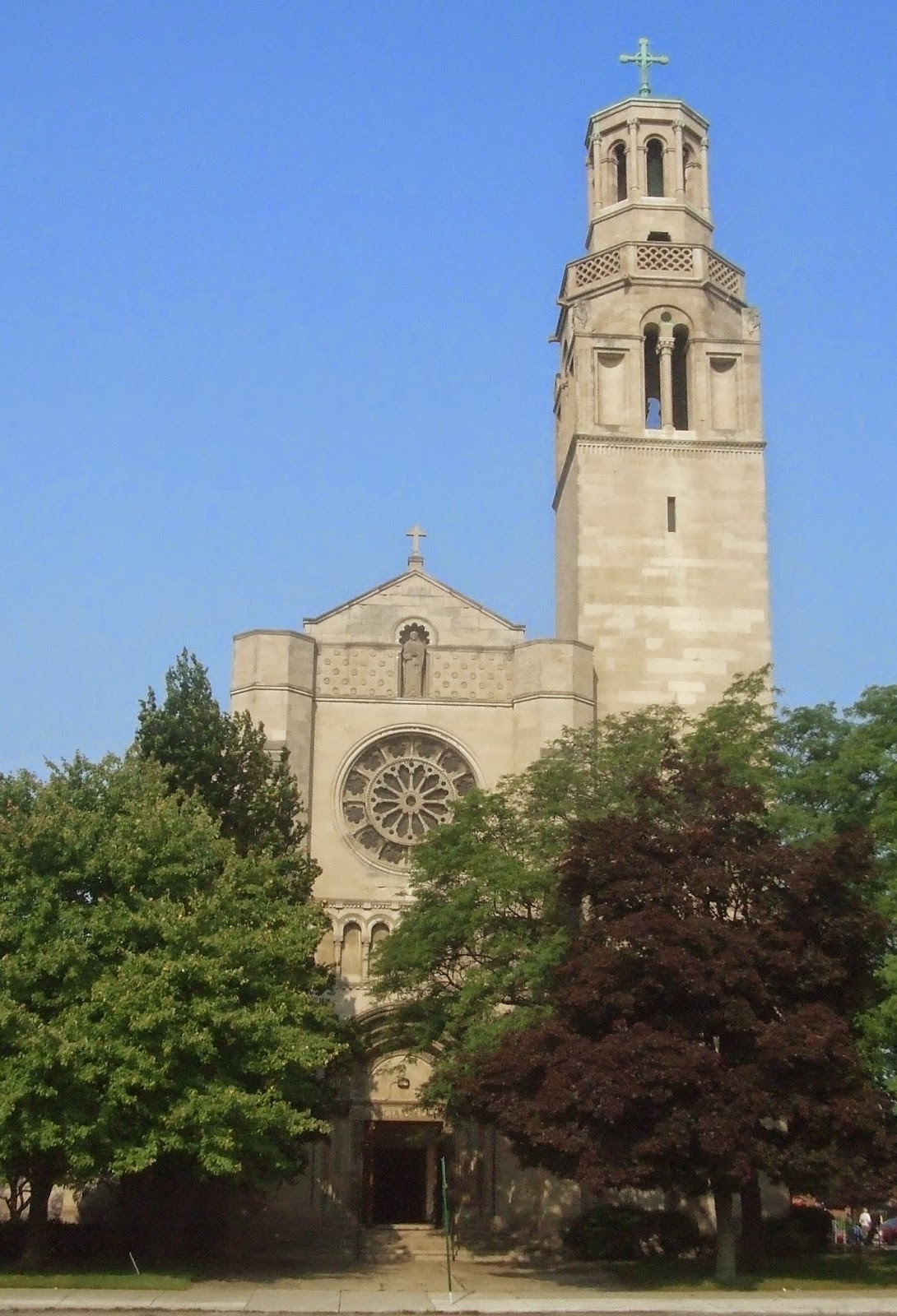 St. Cecilia Parish was established in 1921 and a parish school opened four years later. Enrollment at the grade school neared 1,000 by the end of the 1920s. The current church is dated to 1929. 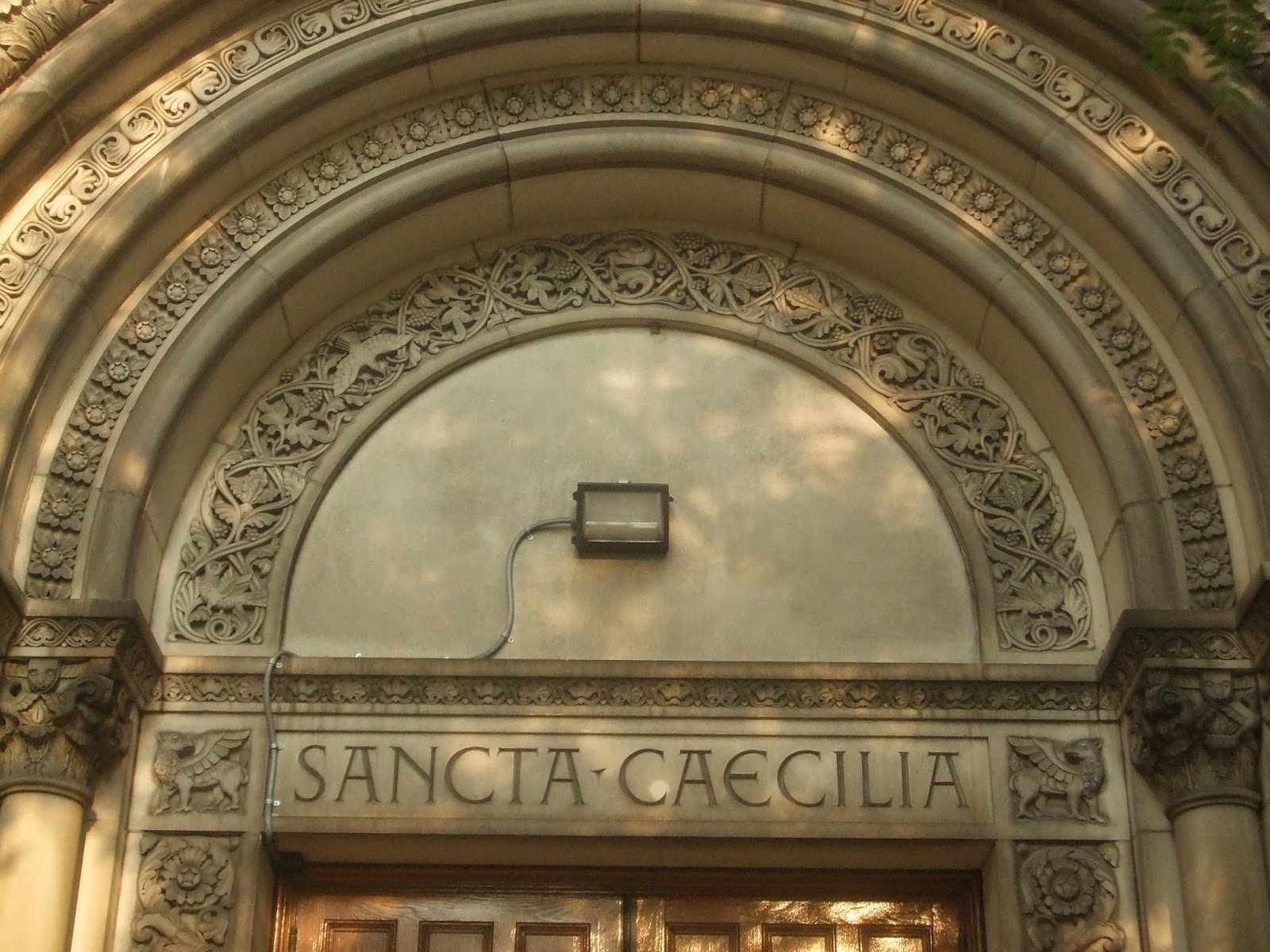 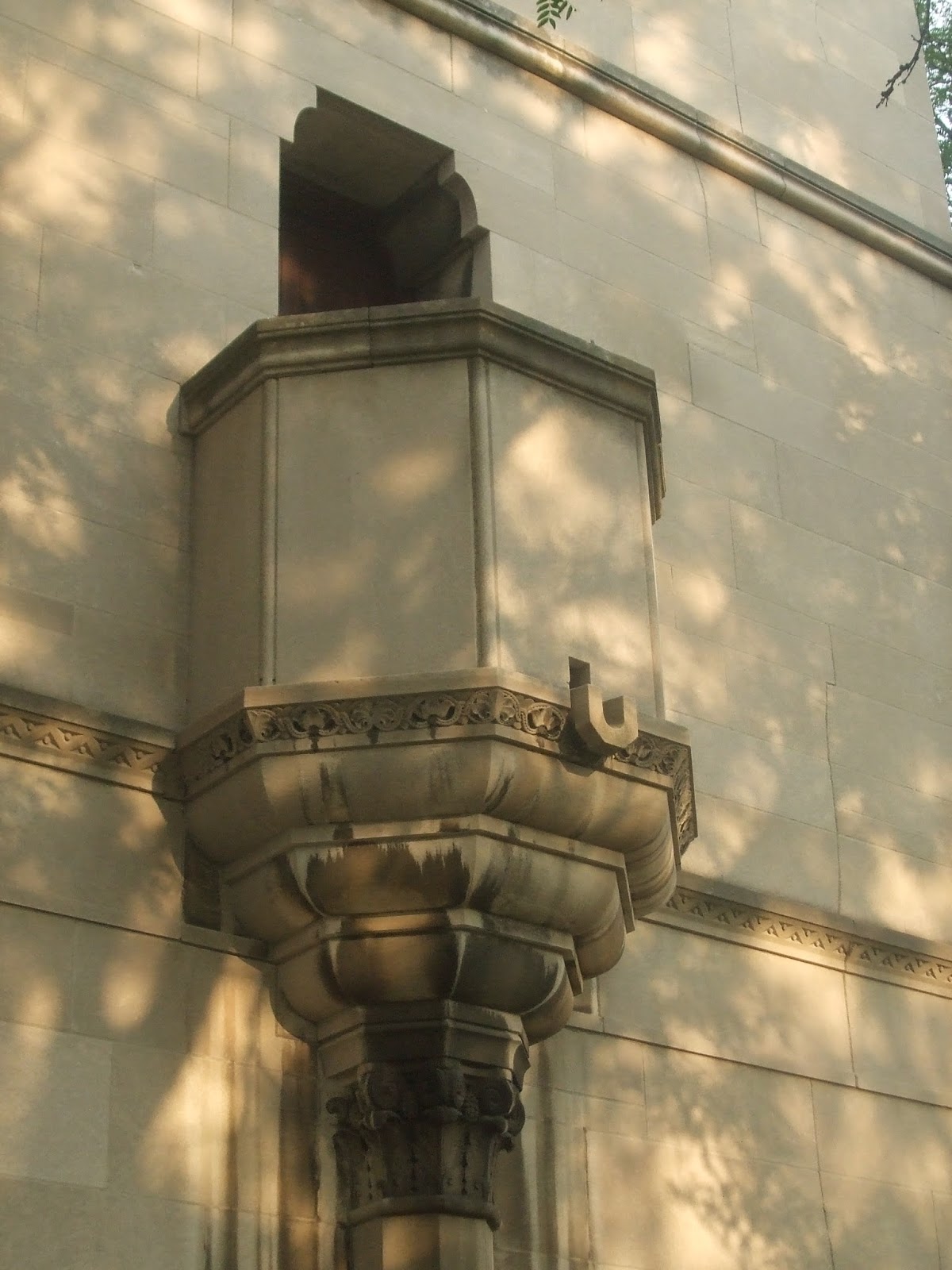 The high school closed in 1967 and the building was converted into a neighborhood recreation center called "Ceciliaville." Professional basketball players such as Magic Johnson, Chris Webber, and others played at Ceciliaville as teenagers. 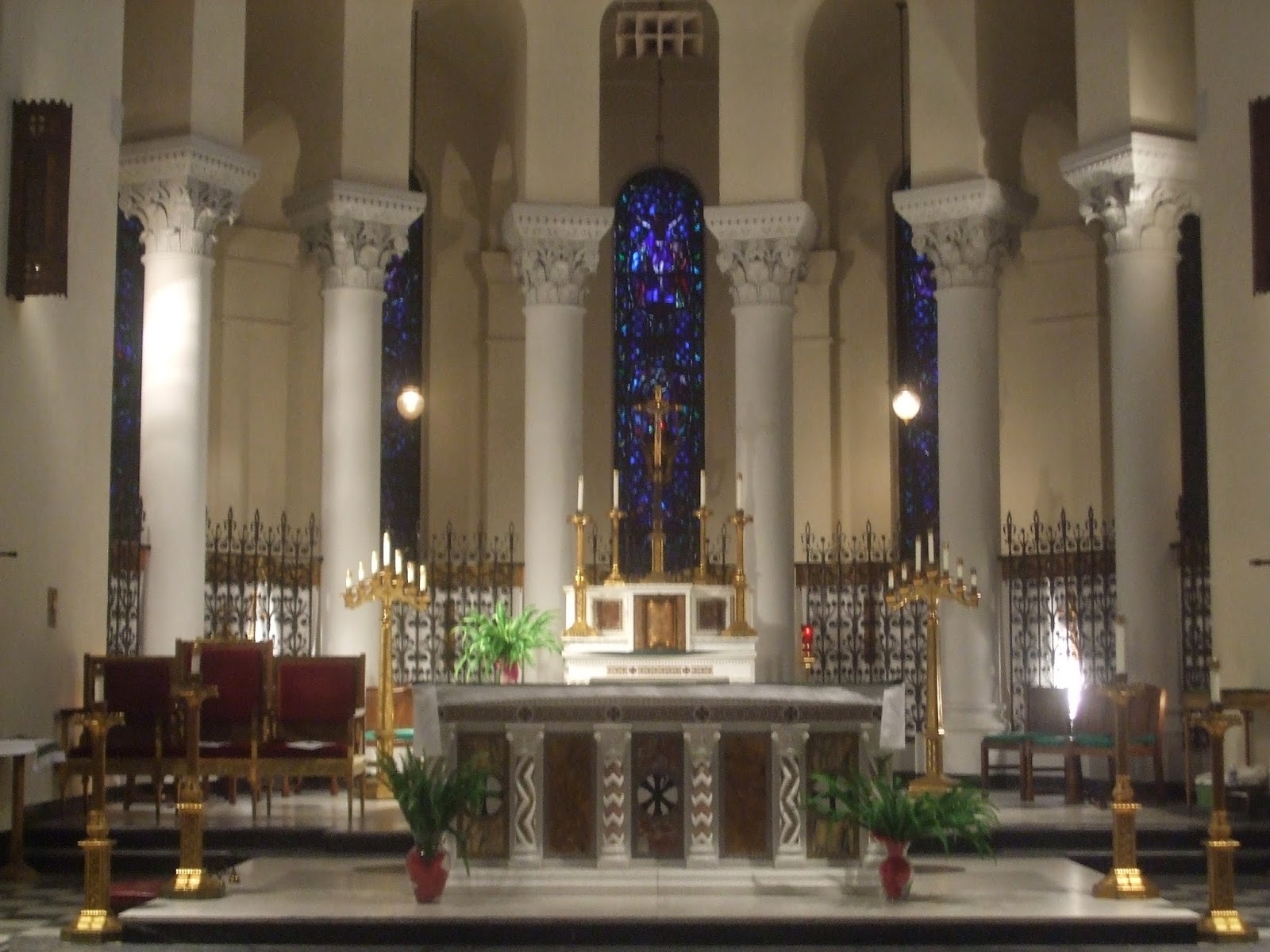 In 1968, then-pastor Fr. Raymond Ellis commissioned a new fresco in the apse to reflect the parish's demographics. Devon Cunningham, parishioner and artist, painted the apse in one summer and continues to worship at St. Cecilia. Portraits of former pastors and other influential figures appear at the feet of Jesus. 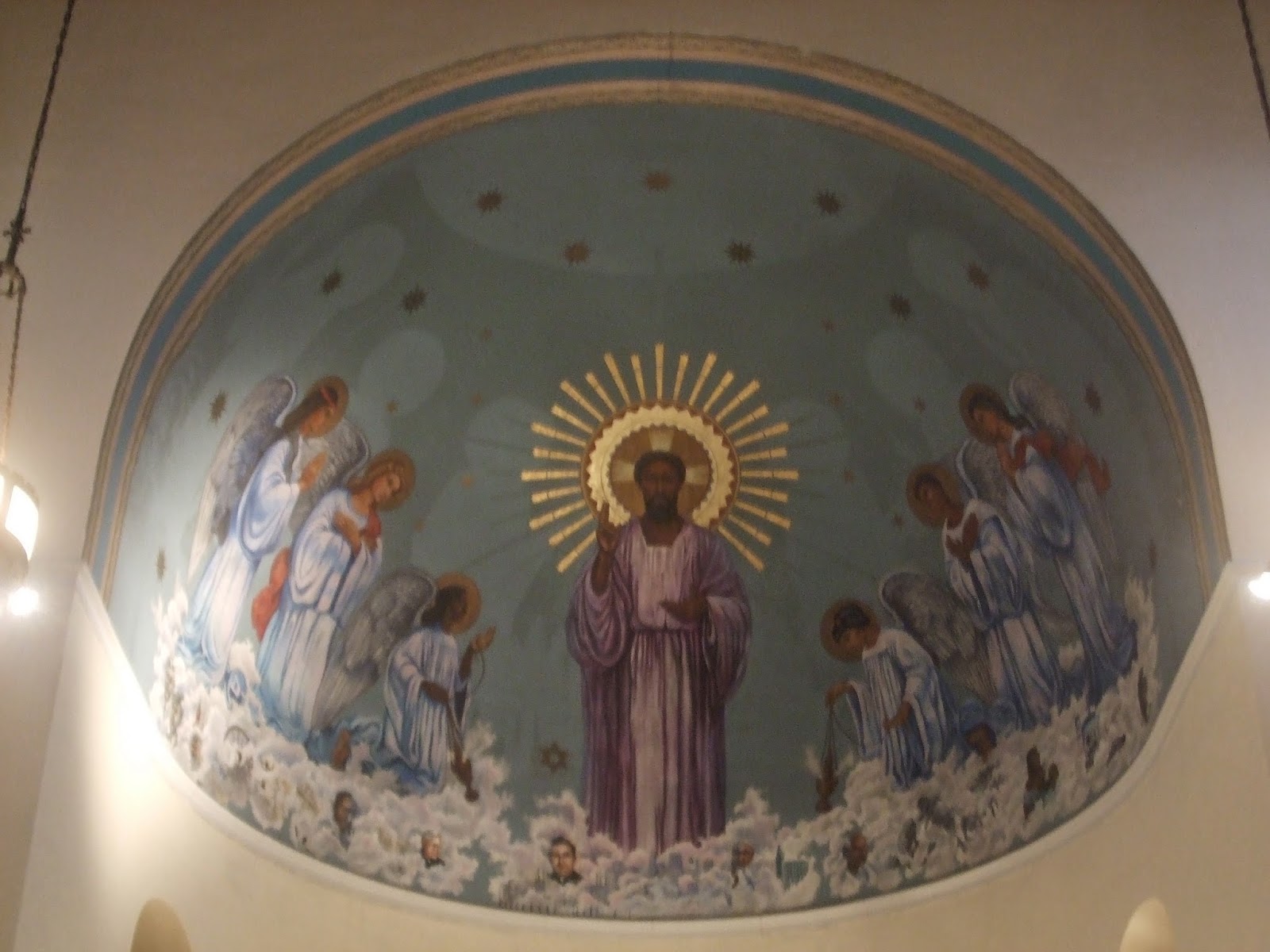 As you may imagine, many people took notice of the change for better or worse. The mural received national attention and was featured on the cover of Ebony Magazine in 1969. 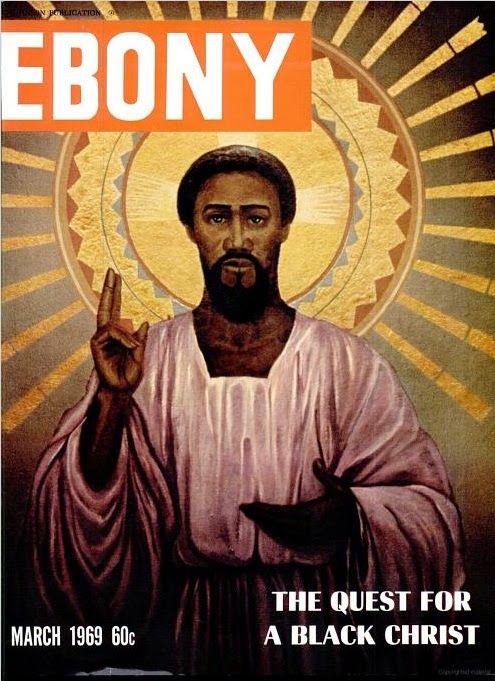 The Sacred Heart of Jesus and the Blessed Mother to the right of the main altar. 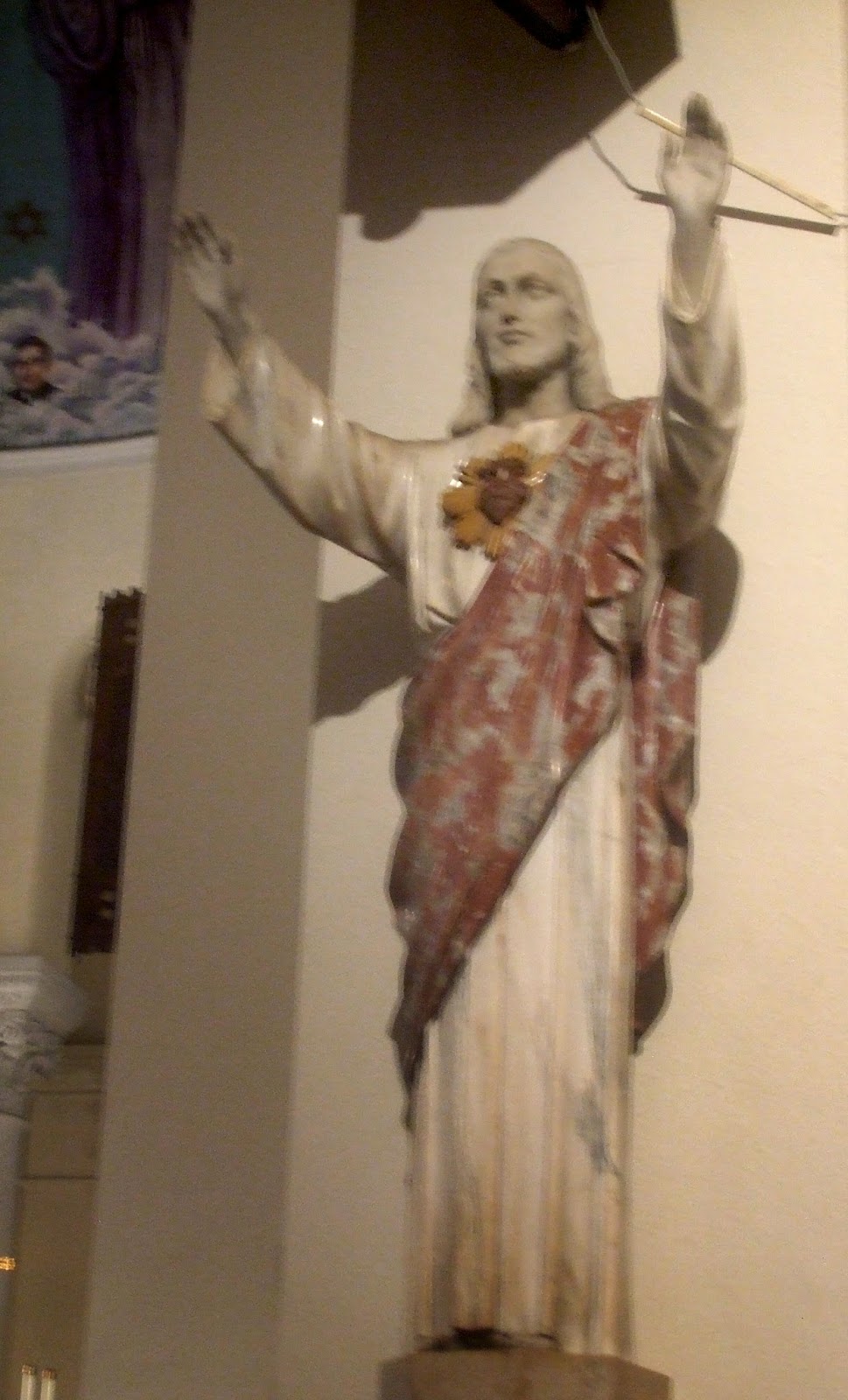 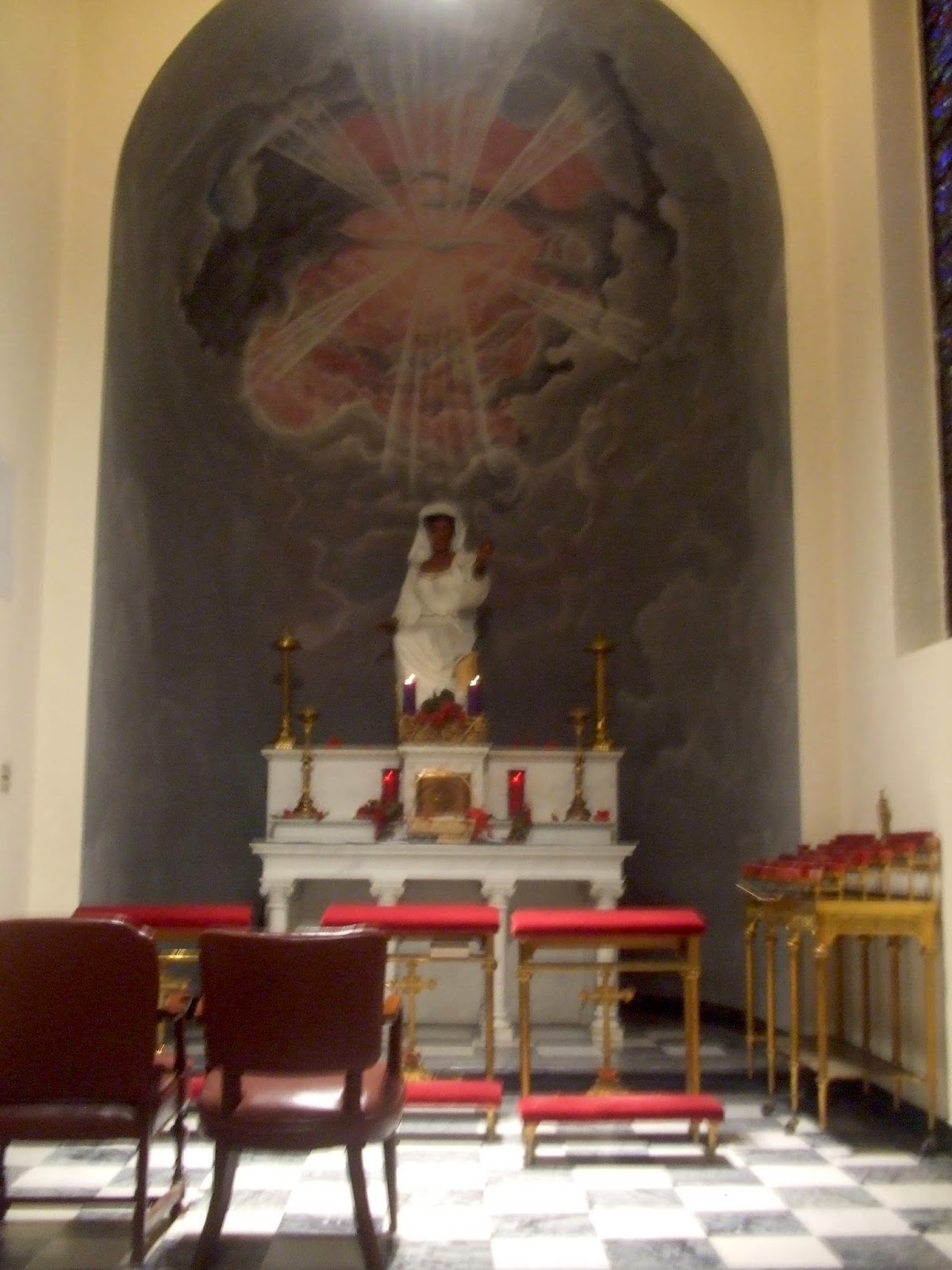 A portrait of the parish's sixth pastor, Msgr. Thomas Finnigan, hangs in the vestibule near the baptismal font. 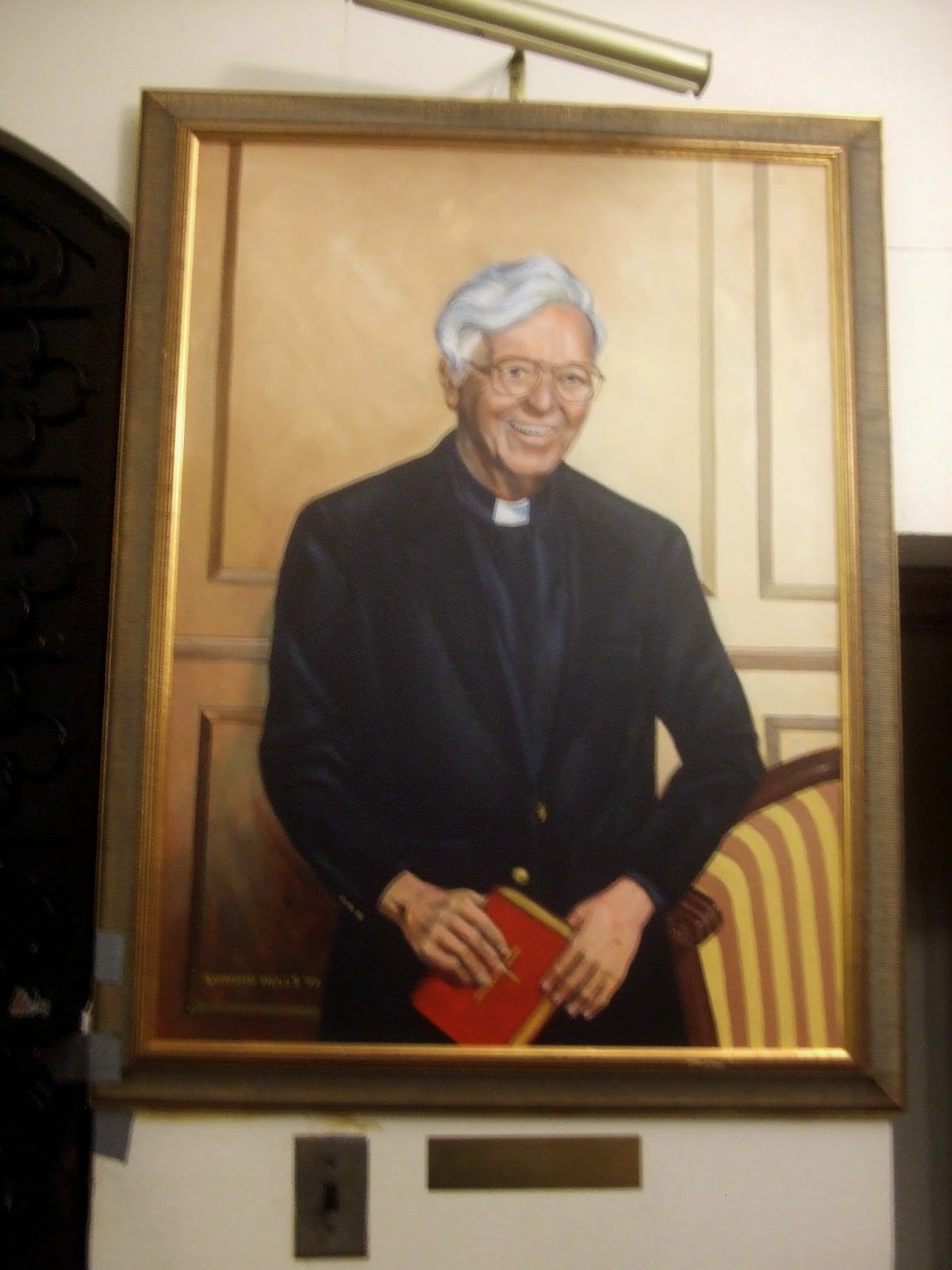 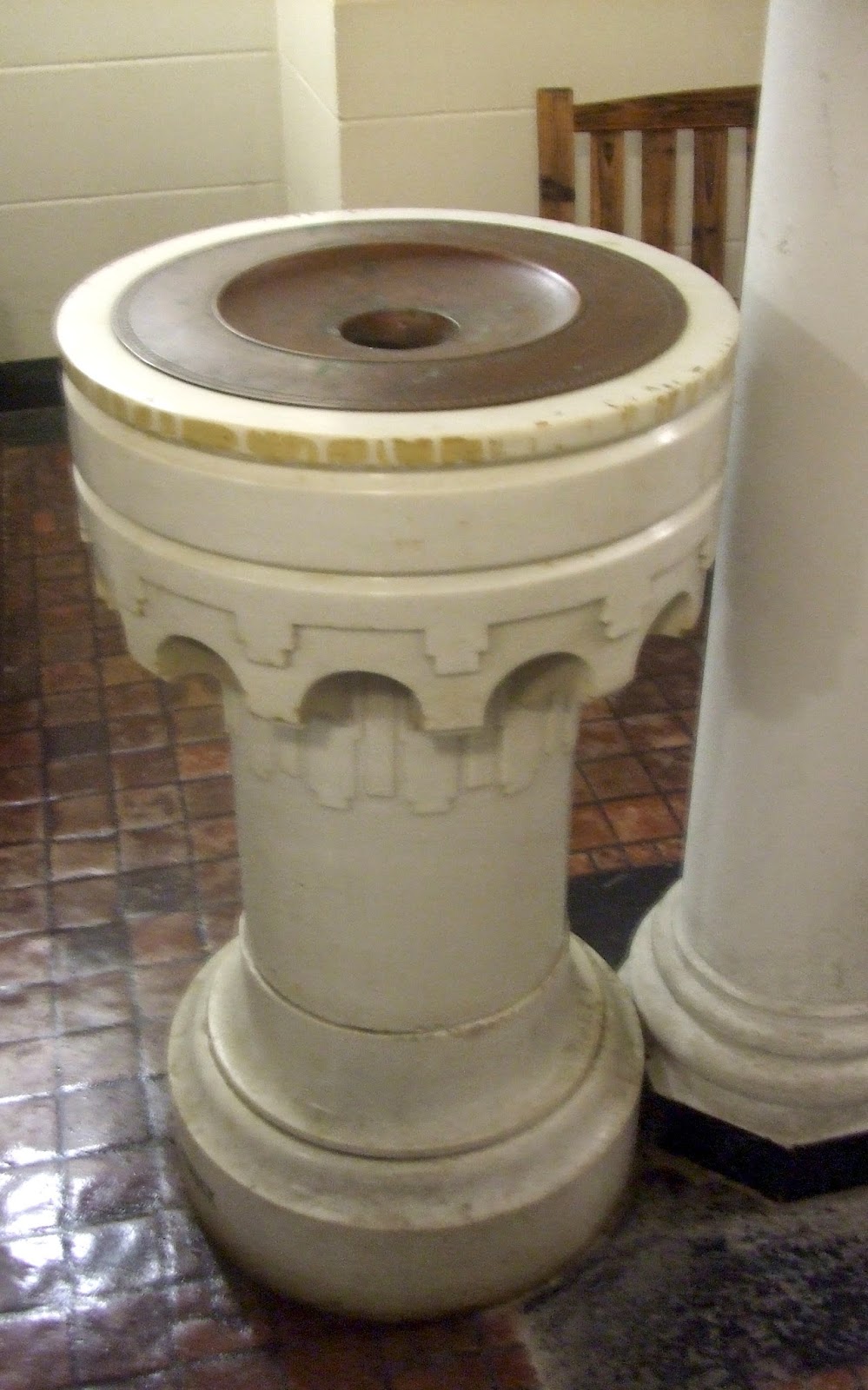 Much of the communion rail is still intact. 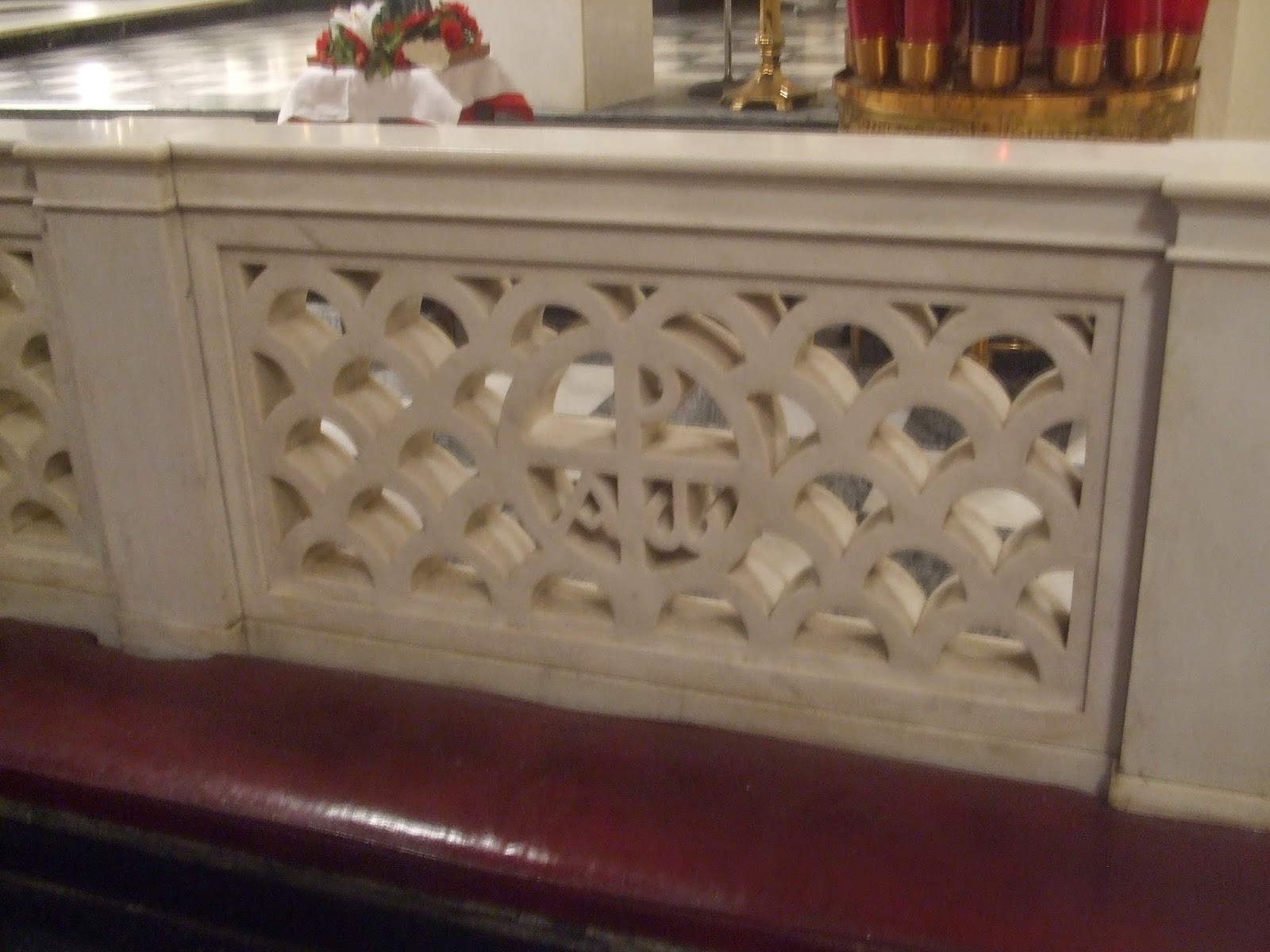 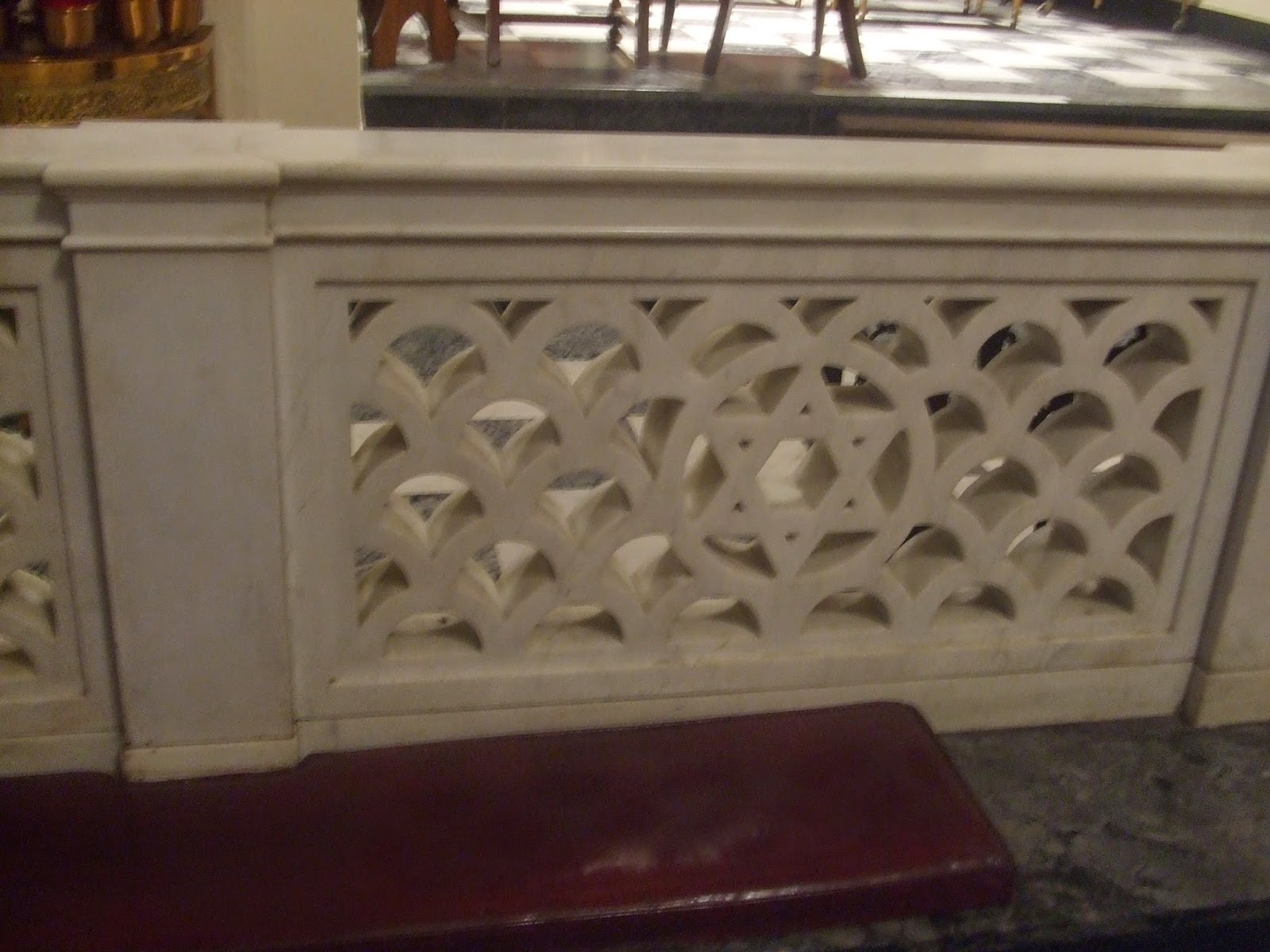 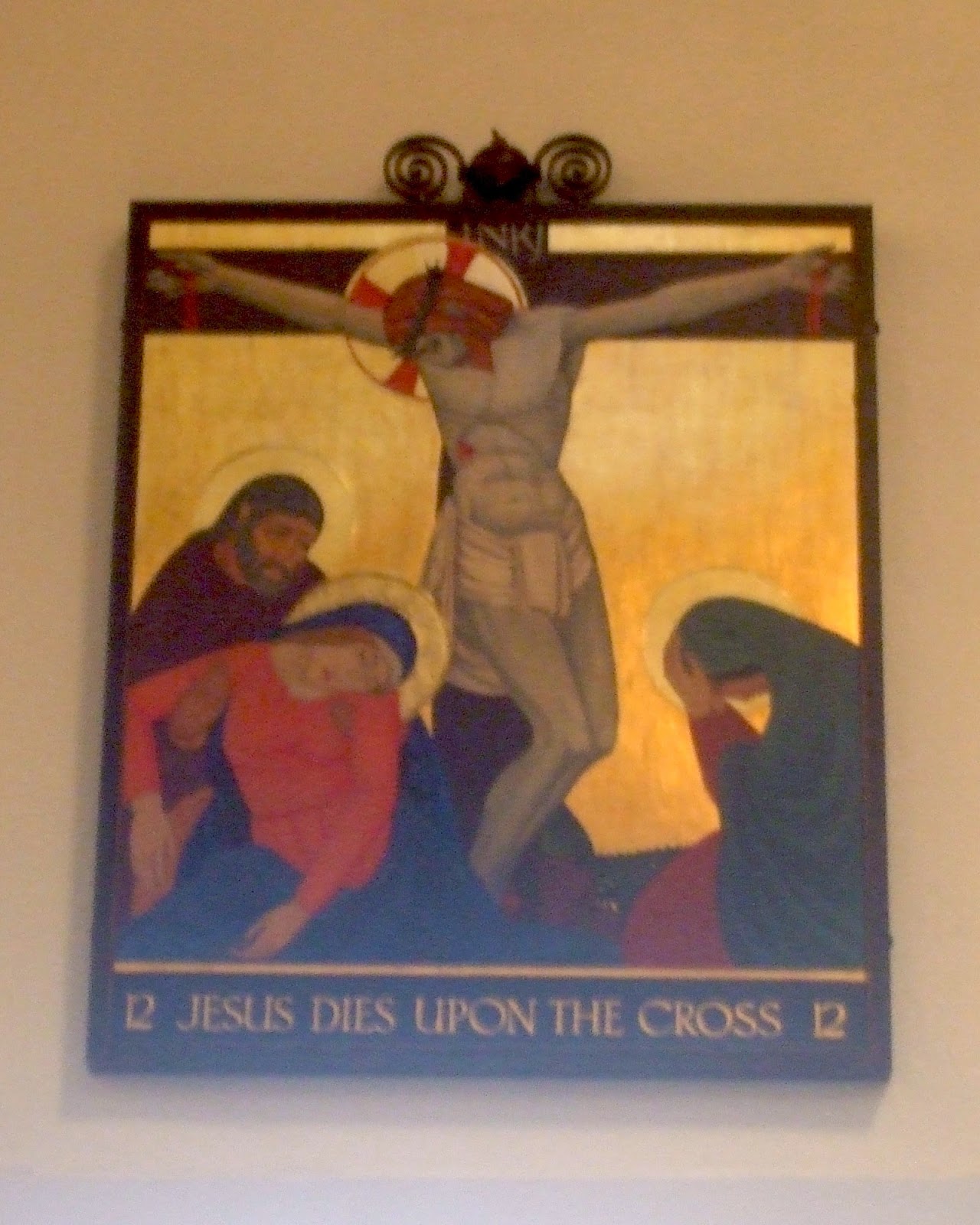 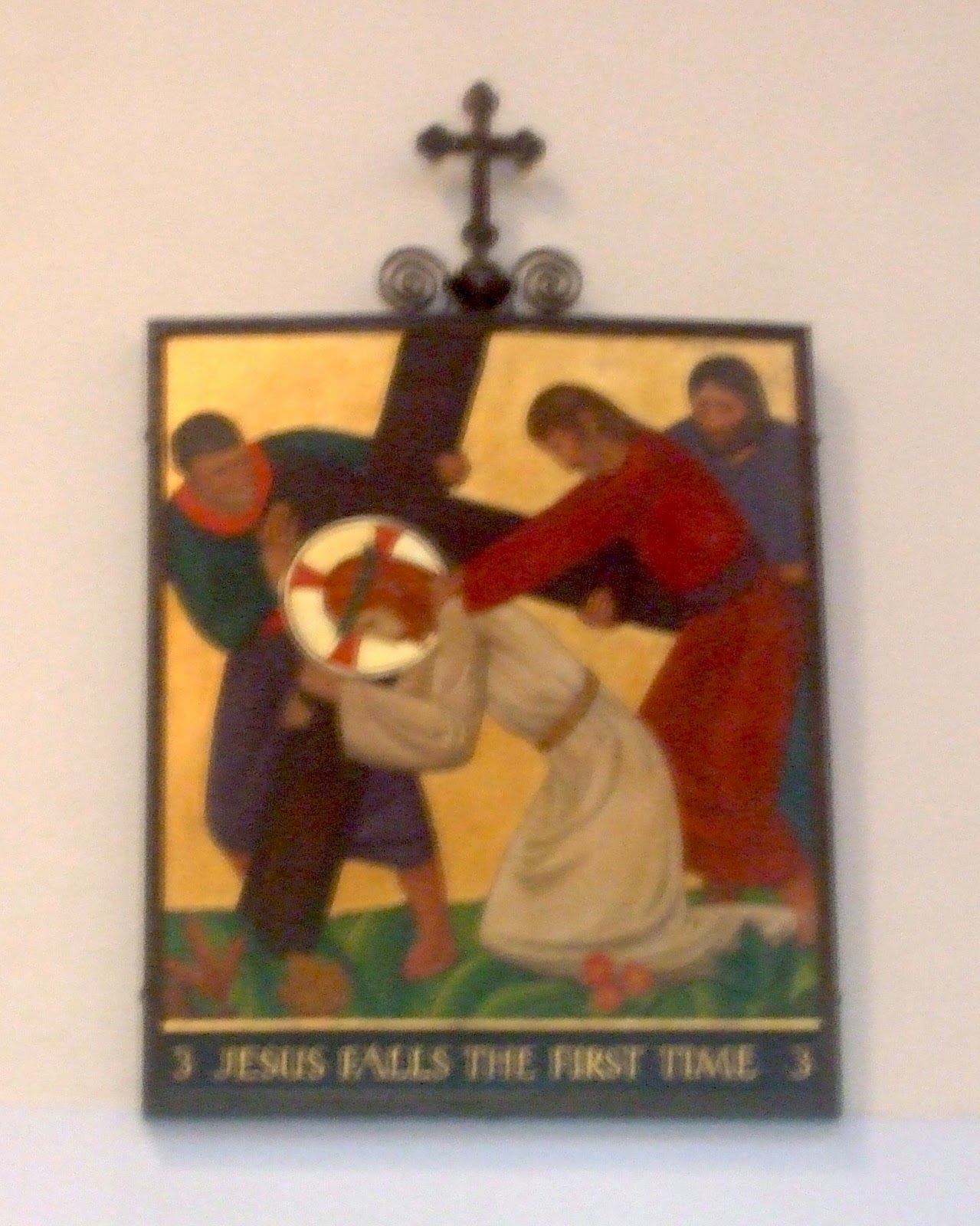 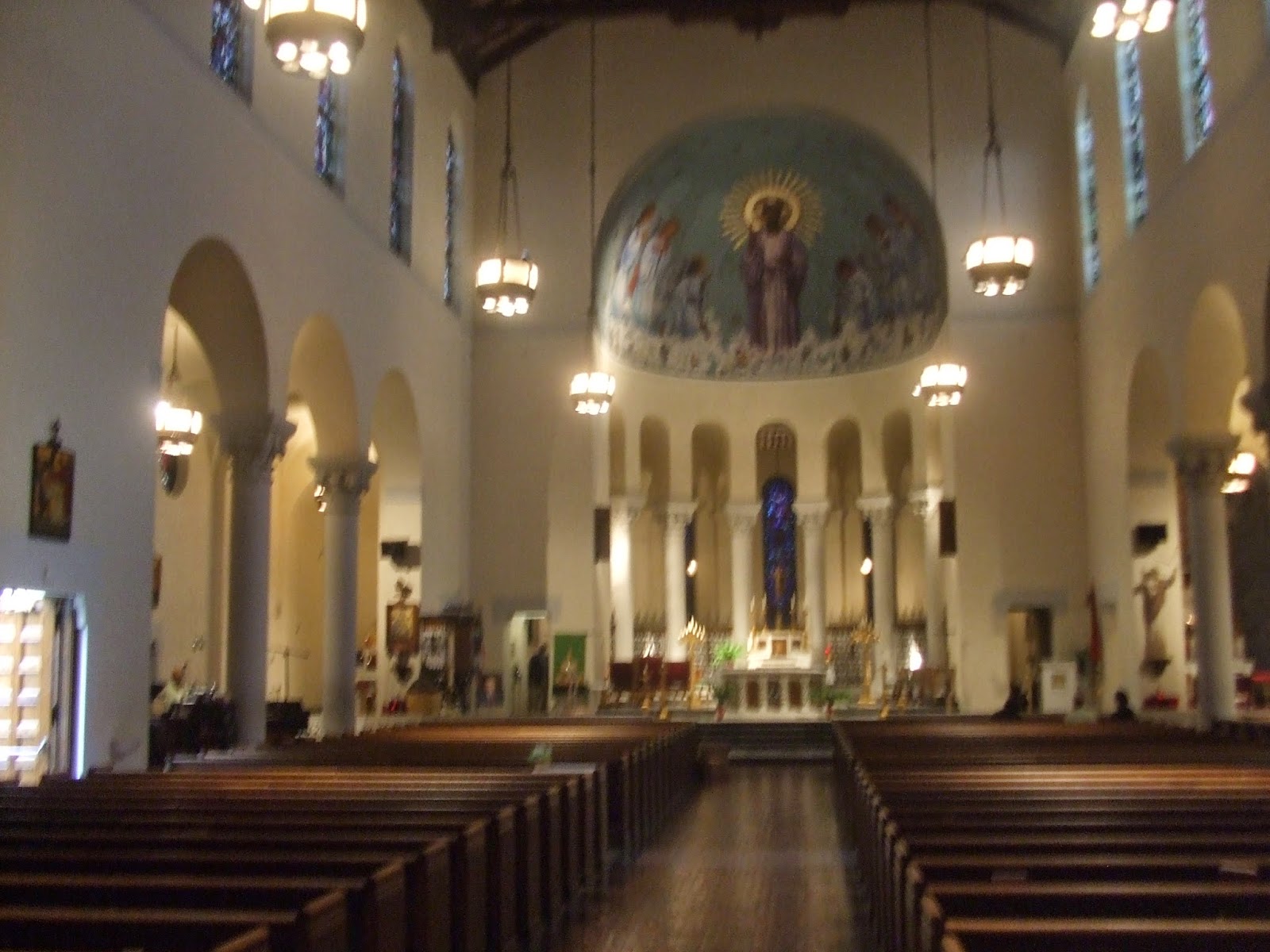 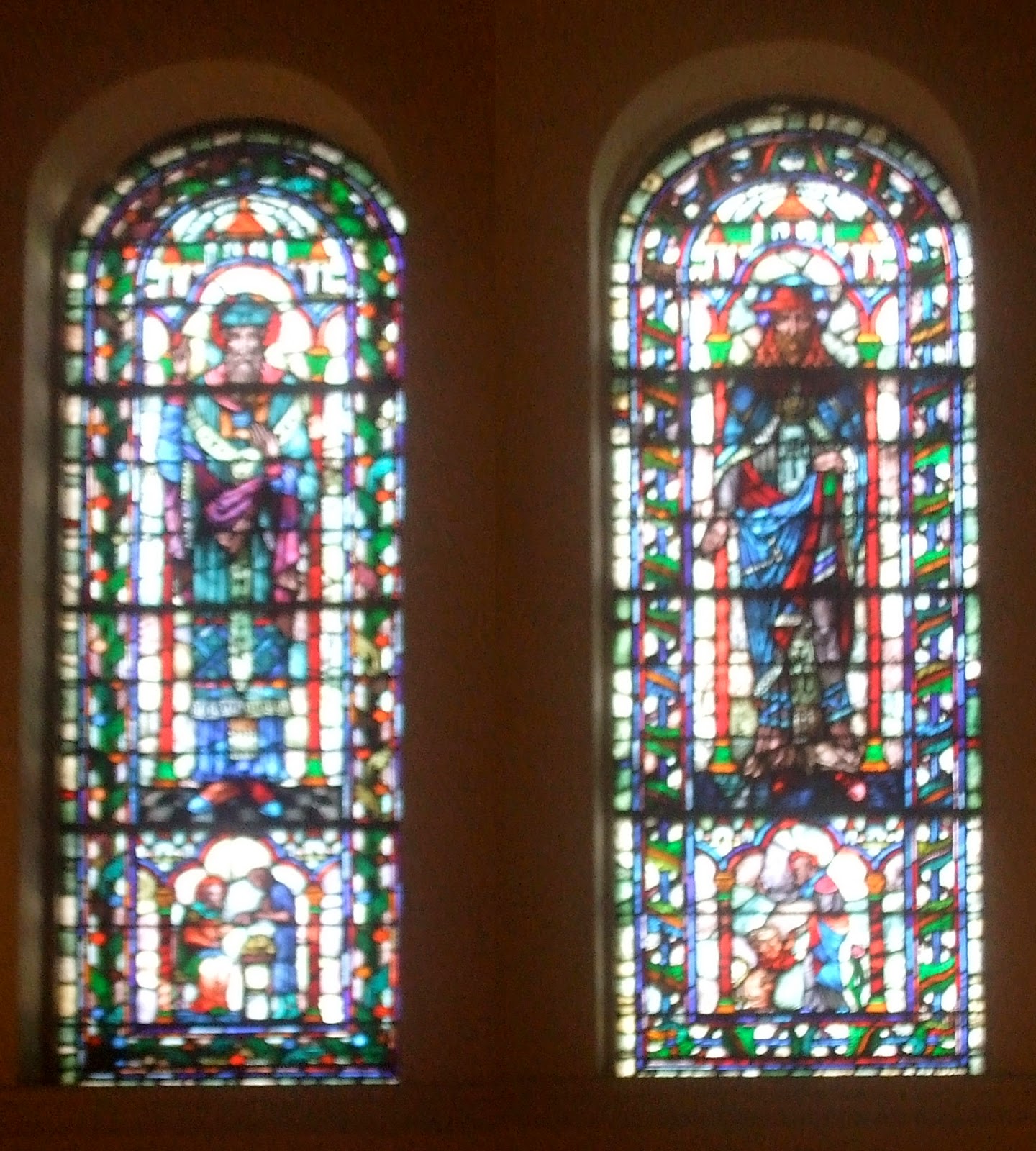 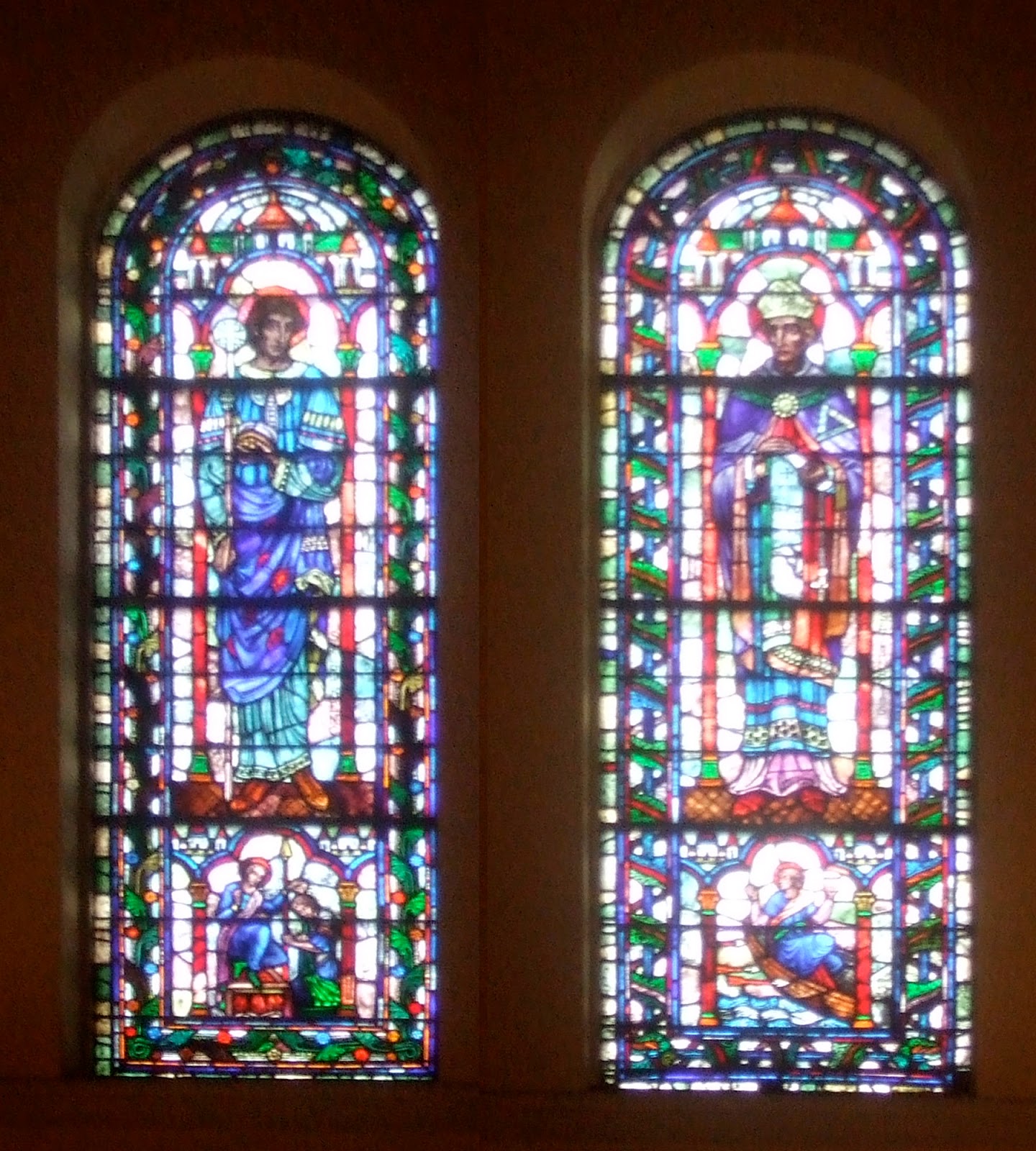 Confessions are heard Saturdays, 4:00pm-6:00pm (please call ahead). The parish does morning prayer on Sundays, in the rectory, at 6:00am. Sunday Mass is at 8:30am and 10:00am. The parish celebrates daily Mass as announced. 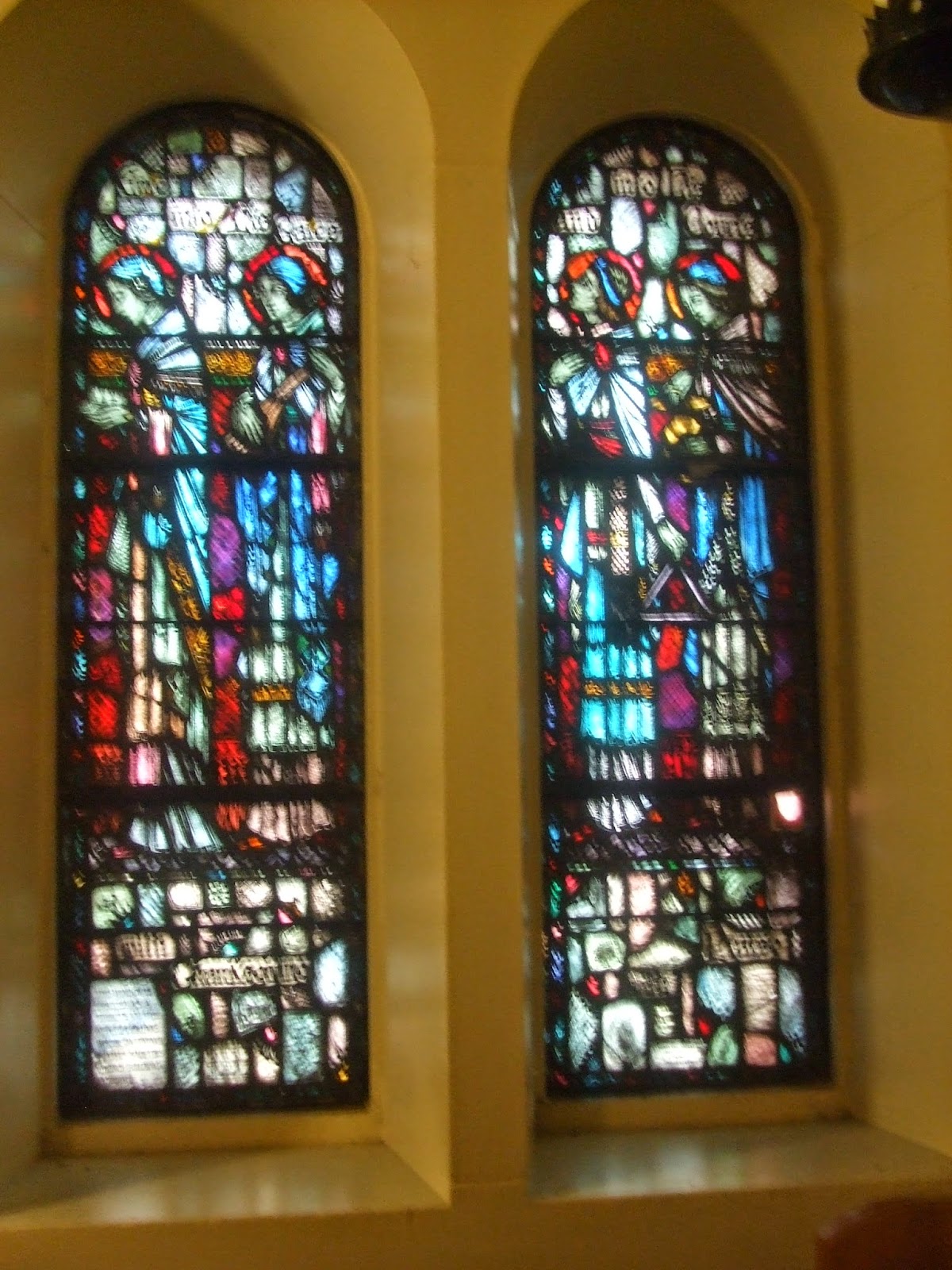 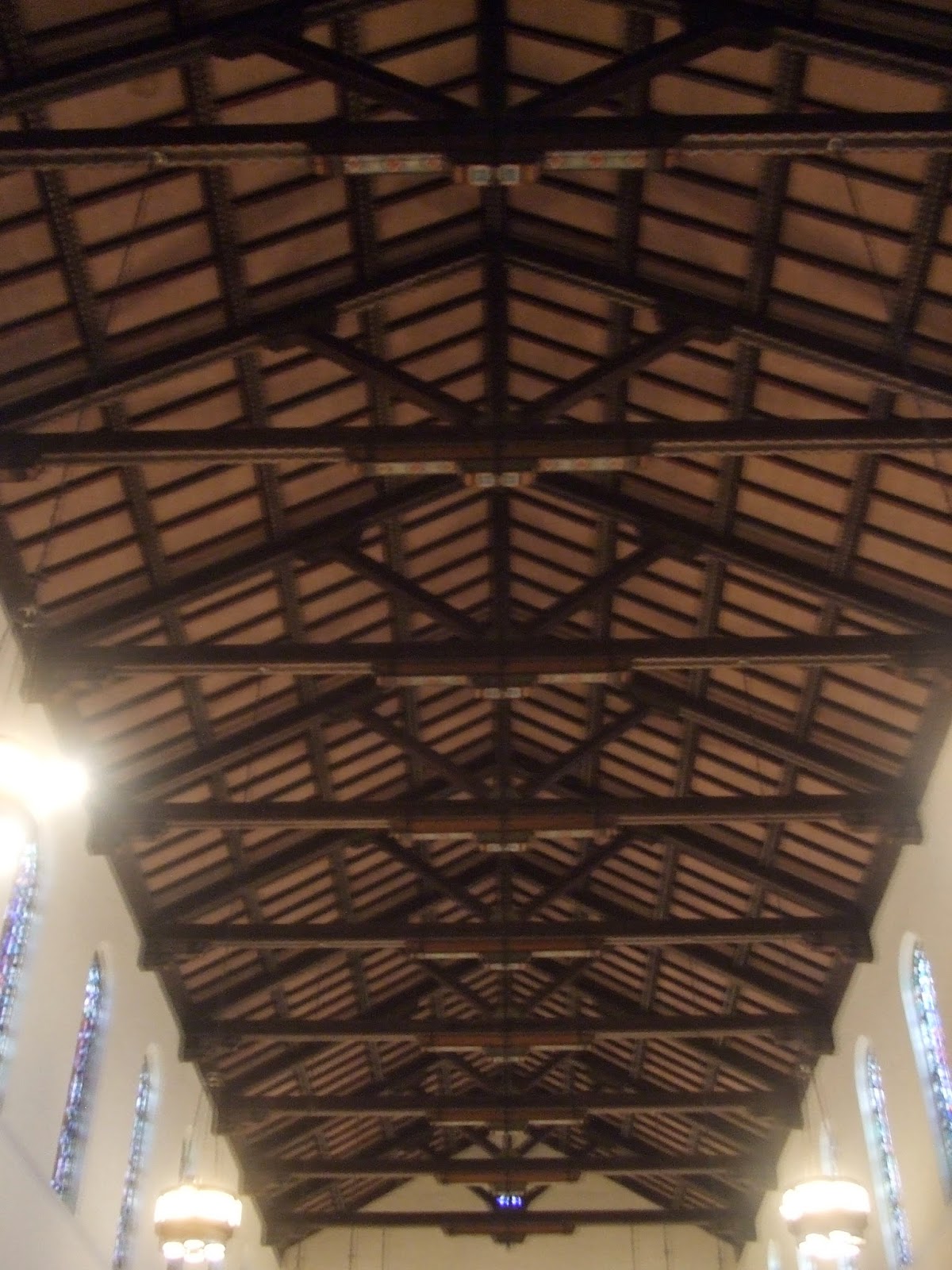 Thanks for all this information
My parents, Nancy Fowkes and Edward Roberts were members of this parish, went to school there, and were married there. They lived on Monica and Cranshaw and I remember life in Detroit as a child visiting my Grandparents on Cranshaw in the 50's.
I am thrilled to see more historical information as I have such fond memories that are pretty foggy due to being so young
Thanks

Thank you for this page.

There is a very informative article about St. Charles Lawanda in sundays, 6-04-17, paper at St. John Neumann church in Canton MI. Being a St. Cecilia grad I found it very interesting..

St, Cecelia was the church in which my parents were married on June 22, 1922. It was before the "new church" was built. The church and Masses I assume, were held in the house on Grand River.

Would the blogger like to have a photocopy of that church (a converted home)? I recently found a photo of it, my Dad evidently had taken about the time of his wedding. I would be pleased to share it with you.

As a member of the St Mary of Redford basketball team (1947-'48) I also remember some games that we played in the "old gym at St.Cecelia.

My in-laws were married at St. Cecilia in 1933 and my husband and I were in 1980. It was a coincidence that I had joined the parish when Fr. Raymond Ellis was pastor. It's a blessed place. I still go sometimes. I wonder if anyone has a photo of the white St. Cecilia statue that used to be in the alcove left of the altar, closest to the rectory? It's gone now, since the name change. The current pastor says he never saw it.

I meant white-marble or something similar.