Three New Auxiliary Bishops AND a Patroness! (Plus SHMS Photos)

Today is a great day in Detroit! At 2pm this afternoon the liturgy of Ordination for Bishops Hanchon, Byrnes, and Cepeda began. CTND will be re-airing the Mass several times, and they stream online. At this liturgy a decree from the Congregation for Divine Worship and the Discipline of the Sacraments was also read declaring St. Anne the official Patroness for the Archdiocese of Detroit. (I think I'll plan on going to Ste. Anne de Detroit for her feast July 26. Archbishop Vigneron will be celebrating Mass)

While I did not attend the Ordination Mass, I did go to the reception at Sacred Heart Major Seminary. Whilst there I slipped into the chapel and took some photos. I also took photos of the exterior. These were all taken with my phone.

Sacred Heart Major Seminary (from whose site I gathered much of this information) was founded in 1919 by Bishop Gallagher, and they broke ground at Linwood and Chicago 4 years later. The first ordination class was in 1930. The chapel is beautiful with it's carved oak reredos and its share of the state's largest collection of Pewabic Tile.

We'll start with an external shot as viewed from the parking lot. The website tells me the Architecture is English Tudor Gothic. 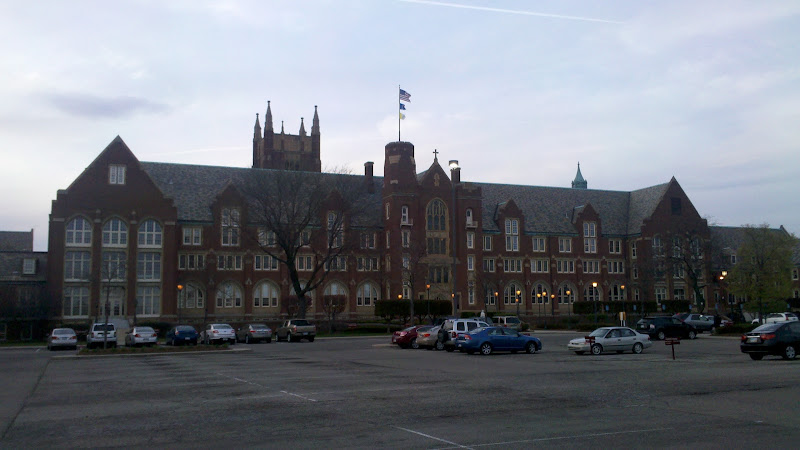 Then we'll move into the chapel and have a look at the sanctuary. I think there was just enough light and it made for a pretty shot. 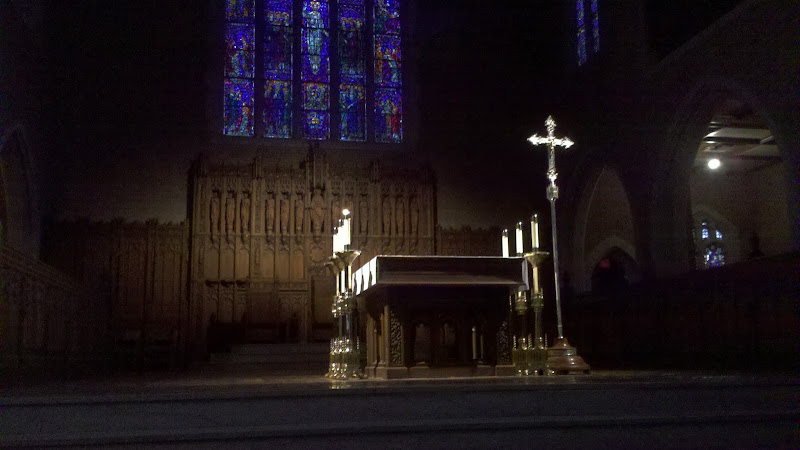 We find more carved oak at the Mary altar. 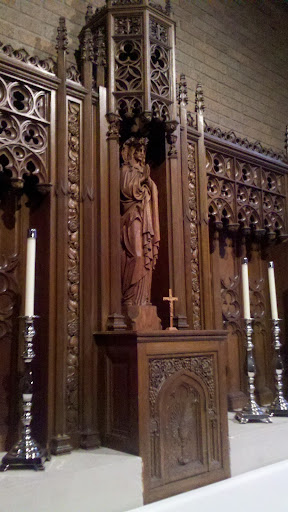 Here is an example of the stained glass.* 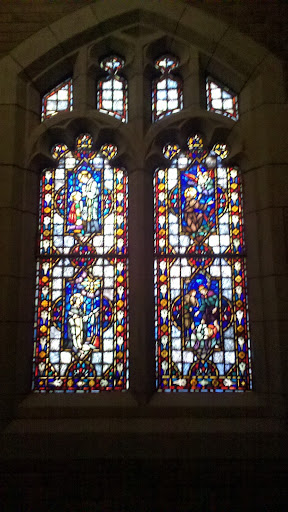 Oh yeah I almost forgot: I rubbed elbows with the youngest Bishop (Cepeda) in the United States. 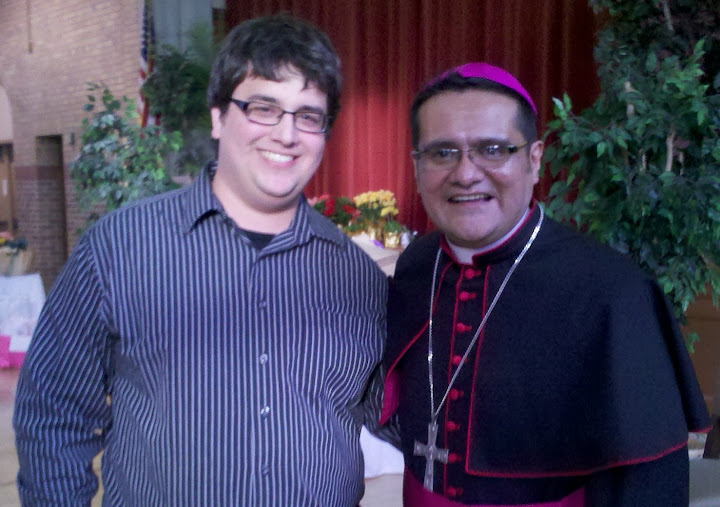 Links and such:
*Update: I had originally indicated that the Stained Glass had been designed by Michigan resident Margaret Bouchez Cavanaugh. She indeed designed the glass for the 2 house chapels in the resident wings but not the main chapel. Her glass was featured in the Winter 2011 Mosaic Magazine, so you can check them out there. (Starts on page 30)
Thanks to reader Tim for the correction and the tip on Mosaic.
Posted by Unknown at 5/05/2011 09:56:00 PM

Thanks for posting photos of SHMS. Just a slight correction on the stained glass windows: Margaret Bouchez Cavanaugh did not make the windows in our main chapel. Cavanaugh designed the windows that are currently in the house chapels in the two resident wings. You would not have seen these chapels as they are private.

Keep up your blogging!
Tim