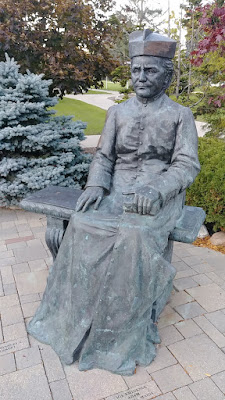 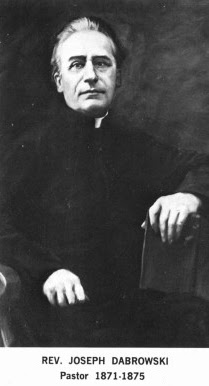 Fr. Leopold Moczygemba, a Conventual Franciscan and one of the first Polish priest in the U.S., petitioned the Vatican to establish a seminary in the United States. Pope Leo XIII granted approval on January 14, 1879, and Fr. Moczygemba began fundraising but had to resign due to illness. Fr. Józef Dąbrowski was soon assigned to bring the plans to fruition. Fr. Dabrowski was also pastor of St. Albertus Parish and integral in bringing Felician Sisters to Detroit in 1874. 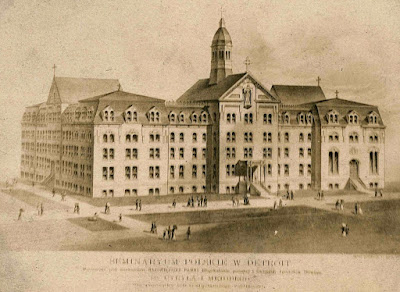 The Felicians built a motherhouse and Guardian Angels Orphanage at Canfield and St. Aubin, a block north of St. Albertus Church. Immediately north of that, land was purchased for the Polish Seminary School of Saints Cyril and Methodius. Bishop Stephen Ryan, Diocese of Buffalo, blessed the cornerstone on July 27, 1885. Bishop Borgess and Fr. Dabrowski were present for the ceremony. SS. Cyril & Methodius was the first seminary in Michigan and the only seminary in the U.S. dedicated to educating foreign-born seminarians.

Fr. Dąbrowski died from a stroke in February of 1903 but the seminary continued to grow under the direction of Fr. Witold Buchaczkowski. Around the same time, in 1908, Michigan Military Academy in Orchard Lake closed due to bankruptcy. Taking advantage of this opportunity, Fr. Buchaczkowski moved the seminary to the 125-acre campus on the shore of Orchard Lake. 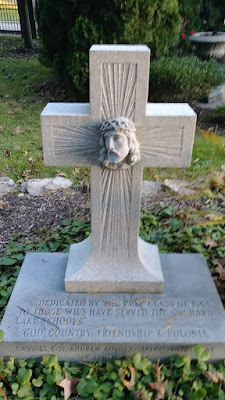 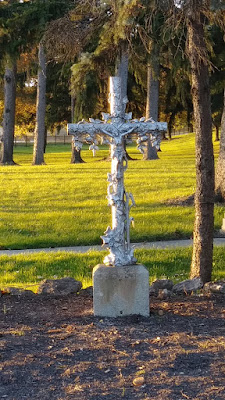 The seminary restructured in 1927 and separated into three schools: S.S. Cyril and Methodius Seminary, St. Mary’s College, and St. Mary’s Preparatory. St. Mary's College closed in 2002 but the other two remain active. 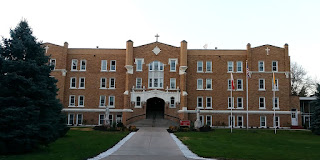 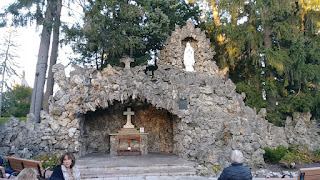 The former seminary building in Detroit was demolished at an unknown date and a playground on the site was named in honor of Fr. Dabrowski. 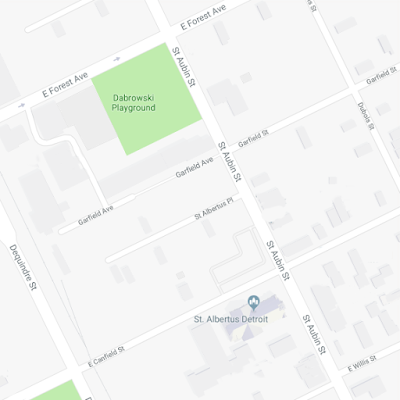 The Chapel of Our Lady of Orchard Lake was constructed in 1962, at the center of the campus, and has a capacity of 750. 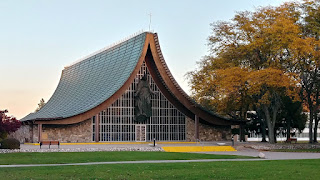 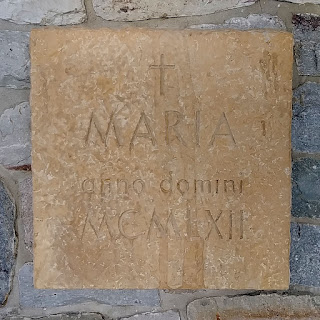 Our Lady of Orchard Lake, with the school emblem on her chest, is suspended on the front facade of the chapel. 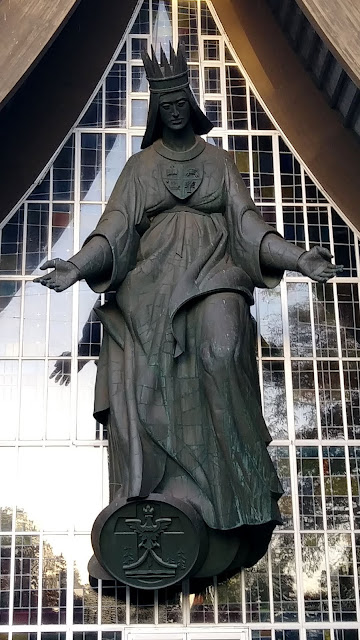 The prominent features of the chapel are inflexed arch ceiling and roof. 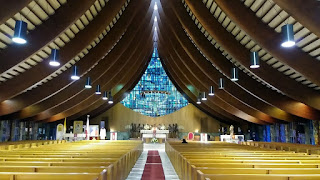 A depiction of the Last Supper stands being the altar and around the tabernacle. An inverted arch reredos stands in front of a stained-glass wall. 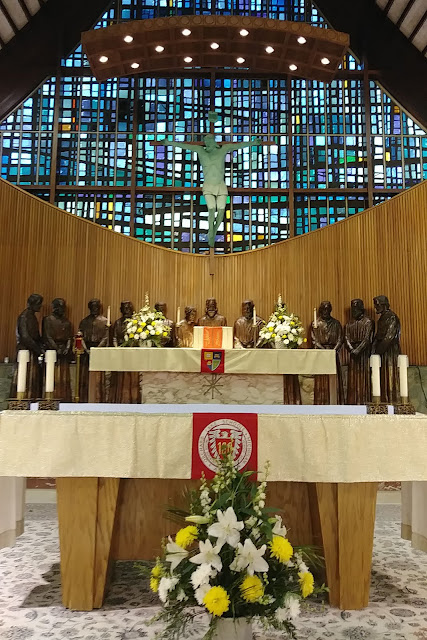 Stations of the Cross are likely salvaged from an older chapel. 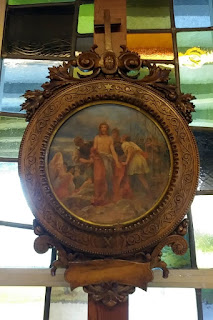 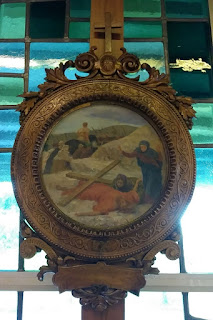 Blue, green, and yellow stained-glass windows are seen throughout the exterior walls of the chapel. 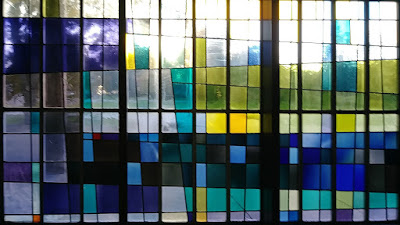 Pope St. John Paul II visited Orchard Lake twice as a cardinal, in 1969 and again in 1976. A kayak used by the saint during his first visit is displayed in the vestibule of the chapel. 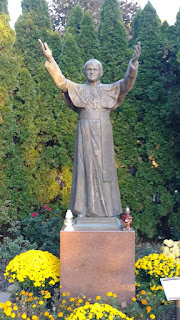 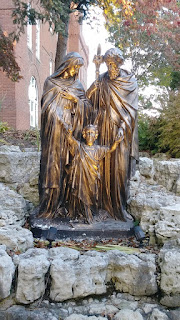 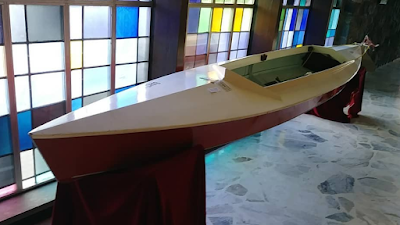 The chapel hosts the Archdiocesan Shrine to St. John Paul II. It features a portrait of JP2, a relic of his blood, his surplice, and an image of Our Lady of Częstochowa. 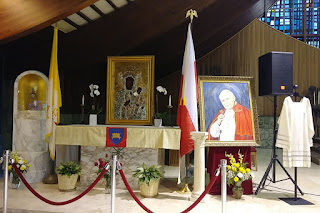 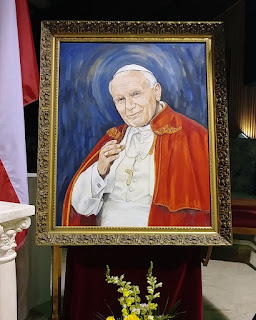 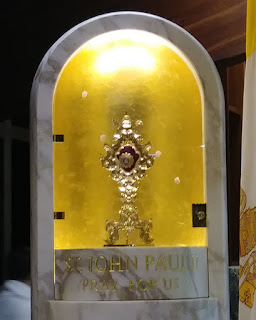 The campus is also home to The Polish Mission, a group that preserves and promotes Polish and Polish-American culture, tradition, and history for present and future generations. The grounds also include The Galeria. This 19th century building was designed to look like a castle, was later used as a chapel, and currently is a museum for Polish art and culture. 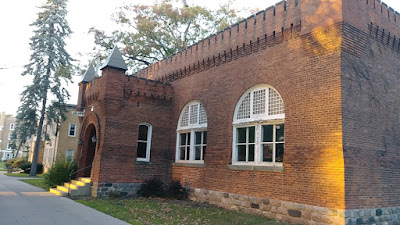 Adam Cardinal Maida is an alumnus of St. Mary's Prep. Fr. Miroslaw Krol, a native of Poland and graduate of SS. Cyril & Methodius Seminary, has been chancellor of the Orchard Lake Schools for the last year. 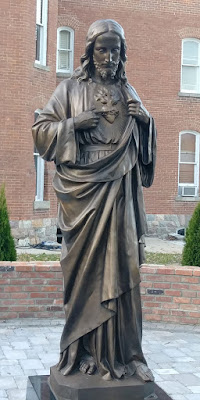 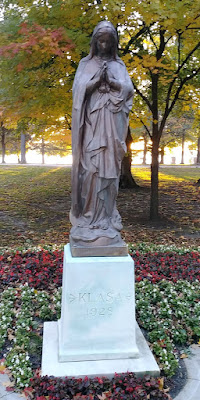 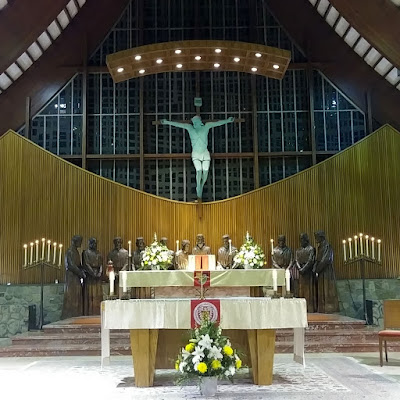