At Vernor and Junction in/near the area known as Mexicantown, there is Holy Redeemer of the Southwest Vicariate. This is another huge one, and a must see for anyone interested in churches in the city.

The Parish was founded in 1880 to serve the Irish and Germans in the area. Consulting Make Straight the Path, I see that the Parish was first formed with the arrival of Fr. Aegidius Smulders, CSSR on St. Patrick's day of that year. Mass was held at a general store for 6 weeks, then at Paddy McMahon's Saloon, but finally 4 acres at Dix (now Vernor) and Junction were purchased for the parish.

The parish grew quickly, and the current church building (by the Donaldson and Meier Firm which we have mentioned before) was the third edifice built by the parish. It was dedicated in 1923.

Other tidbits regarding Holy Redeemer.
I went to the 11:15 Mass with Perpetual Help devotions and took a few photos after. 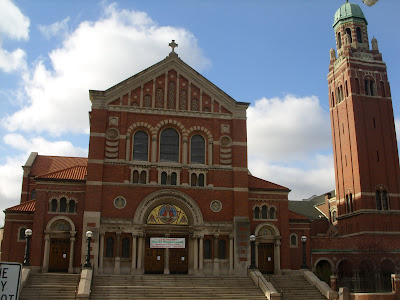 The complex is imposing to say the least. Not seen here is the school (Cristo Rey) or convent. 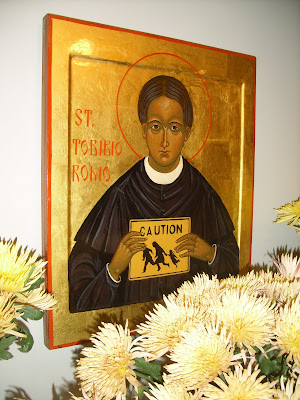 St. Toribio Romo. I can't say I've seen a caution sign in an Icon before.
It is said that he helps Mexicans make the treacherous trek into the US from Mexico.
That probably has something to do with this peculiar iconography. 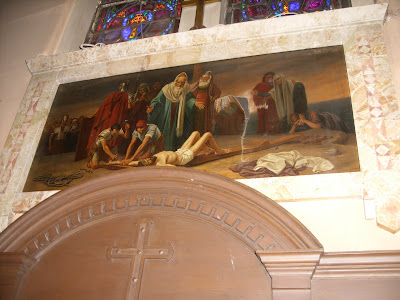 Some repairs are needed, such as this torn Station. 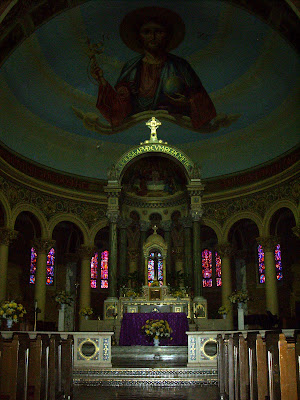 HUGE image of Our Lord over the sanctuary.

Now that you have yourself in this predominately Hispanic area, you can imagine that you would be able to find some good Latin American cuisine. I stopped into El Comal, and found Pupusas on the menu. A couple friends went to El Salvador, so I had heard of these little treats, and I was eager to try them. Really good! I suggest you go to El Comal and try the Pupusas, especially the cheese and loroco one!

El Comal is now closed, and they have been for a while