The original church and cemetery
In January of 1788, Fr. François-Xavier Dufaux, from Windsor's Assumption Parish noticed that there were 32 farms near the Sturgeon River (now called River Raisin) with 100 farms staked-out for future settlement. Dufaux wrote to Bishop Jean-François Hubert, of Québec City, that the River Raisin residents were in desperate need of a priest. Dufaux made plans for the religious needs of the settlers and intended to lay-out a cemetery in the spring, but not bless it until a chapel or rectory for a priest was built. 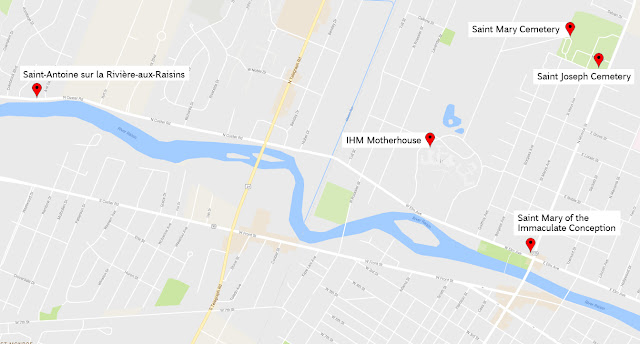 Bishop Hubert tasked Fr. Pierre Fréchette, pastor of St. Anne's parish in Detroit, to organize and prepare the River Raisin settlers for the establishment of a mission, later a parish, under the Diocese of Québec. Saint-Antoine sur la Rivière-aux-Raisins was founded on October 15 of that year on the western edge of what is now the city of Monroe. Burke was sent back to Quebec in 1796 and, in 1817, he was appointed the first bishop of Nova Scotia and died there three years later. Pictured below: (left) parish records 1794-1844 and (right) Bishop Burke. 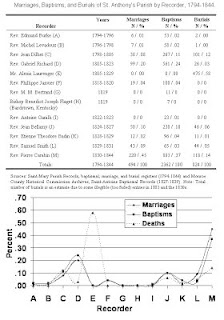 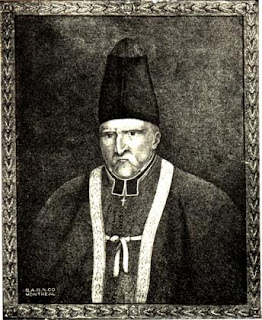 Historical markers of the first church & cemetery
A new housing development was scheduled nearby but human bones were unearthed at the proposed site in 1999. By September of that year, further examination found a total of 45 tombs. The City of Monroe bought the site from the developer, reinterred the remains in a formal ceremony, and another monument was placed at the site. 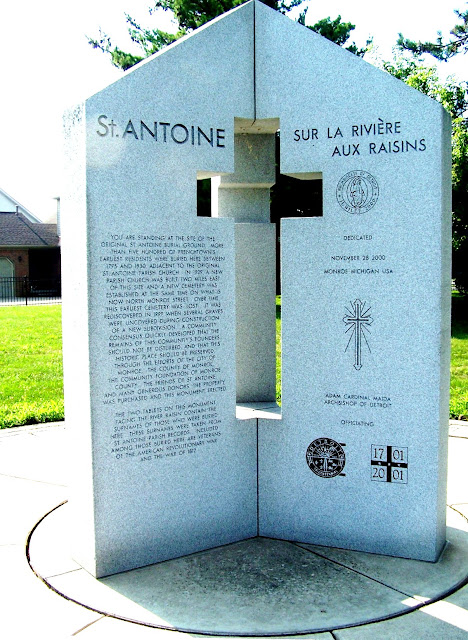 St. Joseph Cemetery
Another, larger cemetery was established circa 1801 on the northern edge of Monroe. For many years, St. Joseph Cemetery was administered by all of the Monroe parishes until the archdiocese took control in 2013. It is steeped in the early history of the region: many settlers, missionaries and soldiers are buried there. 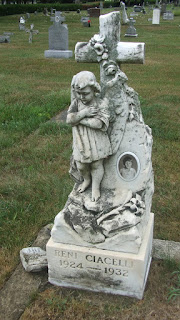 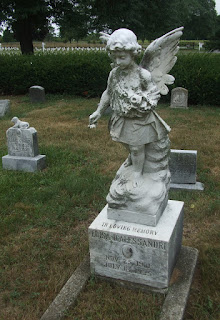 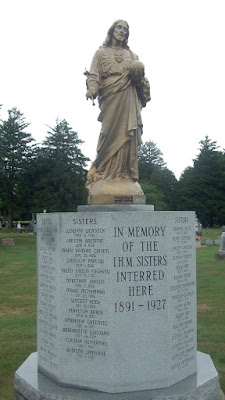 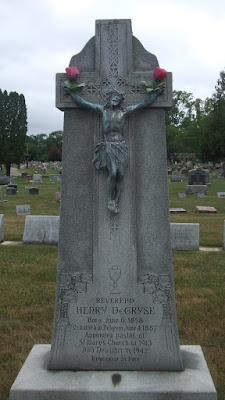 Many war veterans are interred in St. Joseph Cemetery, some preceding the Civil War, as well as Congressman John Camillus Lehr, who served Michigan in the U.S. Congress 1933-1935. A smaller, open graveyard stands just south of St. Joseph Cemetery. Here are also many graves from the 1800s. 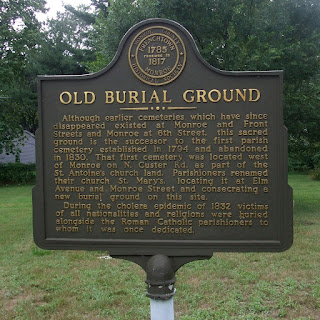 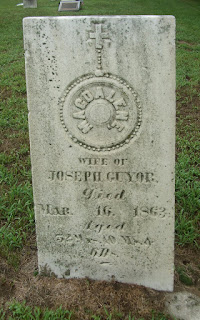 The War of 1812 caused great damage in the area, many residents fled and the parish was without a resident priest. However, Fr. Gabriel Richard ministered to the area during wartime. During and after the war, Fr. Richard was critical of abuses performed by the British military and he was placed under custody of a loyalist priest in Windsor. In 1815, Fr. Richard was released and he sought to build a new, stone church. Several influential parishioners living near the center of what would become downtown Monroe proposed that the parish sell the old property and build a new church near the center of the village. 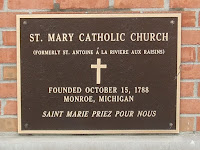 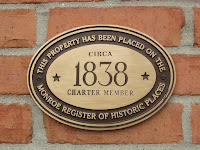 Construction of the current church began in 1834, two miles downstream from the previous location. The church was consecrated five years later and renamed as Saint Mary of the Immaculate Conception in 1845. The same year, the parish fell under the jurisdiction of the Diocese of Detroit and the Sisters, Servants of the Immaculate Heart of Mary (IHM Sisters) were established in Monroe. Two schools were established the following year: St. Mary Academy, an all-girls school, and Monroe Catholic Central, an all-boys school.
A centennial marker was placed at the southeast corner of the church in 1888 and remains there today. The church was expanded in 1903 and, that same year, St. Mary Parochial Elementary School opened. The current rectory was added to the north side of the church in the 1920s. 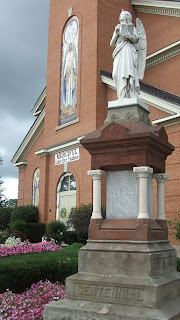 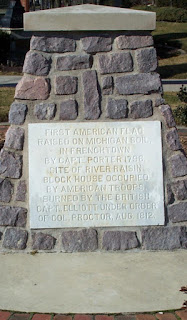 The church was listed as a Michigan Historic Site and added to the National Register of Historic Places on May 6, 1982. The two high schools eventually merged in 1986 to form the coeducational St. Mary Catholic Central High School and remains in operation today. 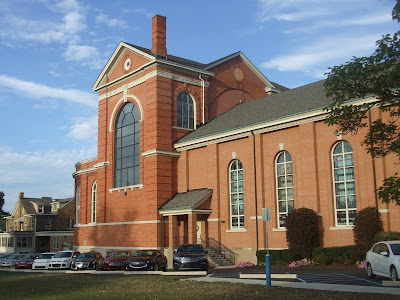 A mosaic in memory of Roy and Elizabeth Palmer was added to the façade after 2002. 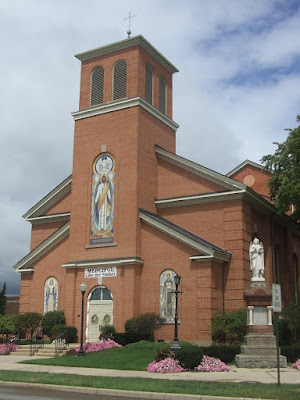 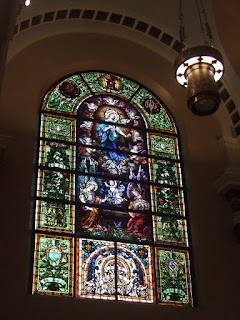 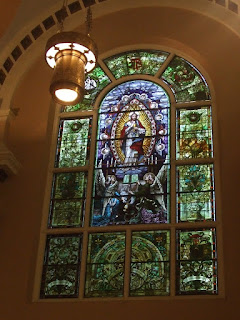 A shrine in the west transept houses statues of St. Anthony of Padua, the Blessed Virgin Mary, and St. Joseph. The Sacred Heart of Jesus in the east transept. 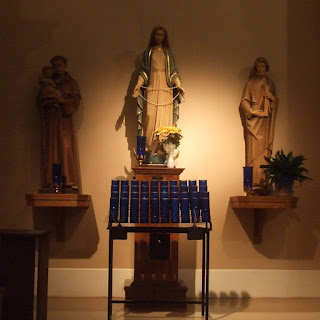 Contemporary Stations of the Cross line the walls of the nave 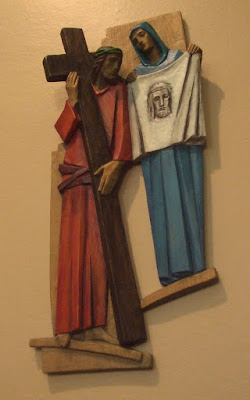 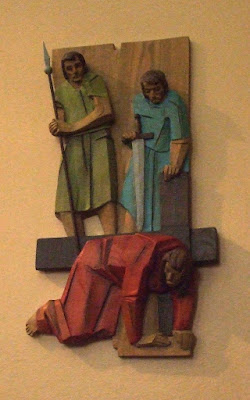 Stained-glass window above the main door

The church has a barrel vault ceiling. The high altar was removed at some point but the tabernacle remains at the original location. 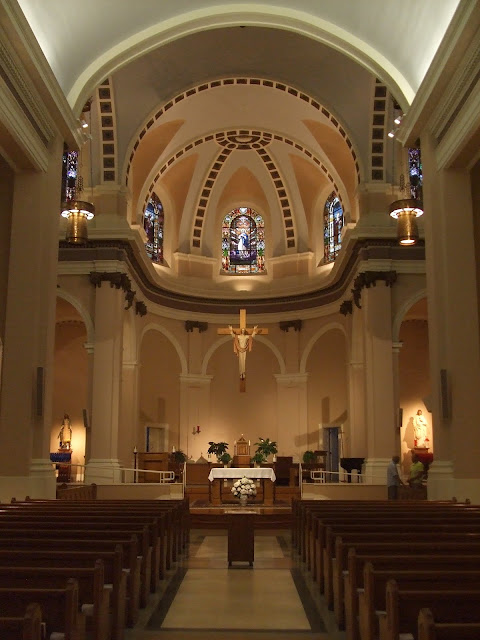 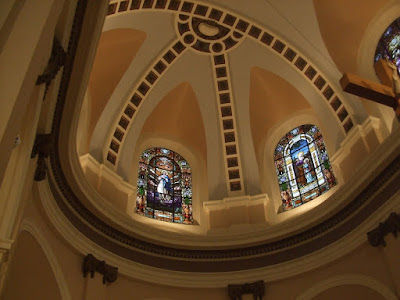 Sedes Sapientiæ or "Throne of Wisdom" pictured above the altar. 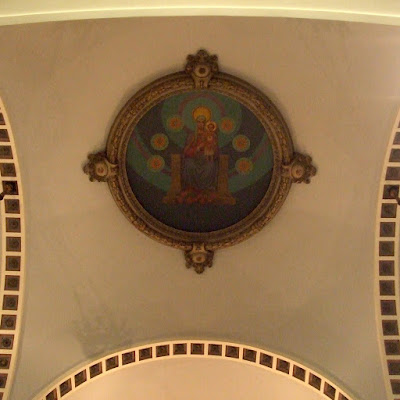 Geometric windows line the nave, the top of each shows symbols of Christ and the sacraments