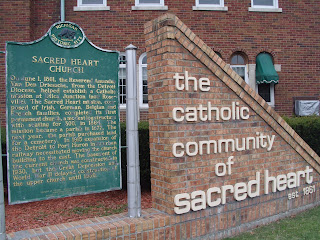 On April 1, 1861, Fr. Amandus VanDenDreissche, pastor of Assumption of the Blessed Virgin (Grotto) Parish, was given permission to start a mission that would be known as Sacred Heart. This was in the unincorporated village of Utica Junction, in Erin Township, southern Macomb County. 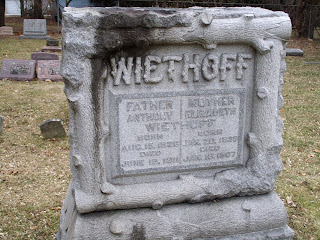 Daniel Corby donated three acres of land for a church and, during the 2.5 year construction, Mass was celebrated at a nearby building twice a month. The parish soon added a cemetery one block southeast of the church. 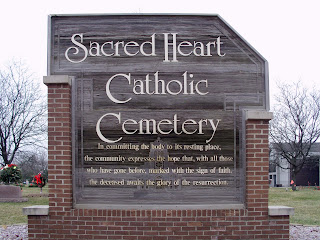 Fr. Francis Hendrickx became the first resident pastor in 1871. His successor, Fr. Louis VanStraelen, started the first parish elementary school with an enrollment of 12 students. However, this school lasted less than a decade. A new attempt to start a parish school was made following the First World War and a high school was added later.

The original frame church survived two moves but Fr. Dennis Tighe did not think the structure could survive a third relocation when Gratiot Avenue was widened in 1928. Construction of a new church soon began but halted by the Great Depression; the basement was finished and the parish worshiped there through World War II. Arthur DesRosiers was hired as architect, the cornerstone of the current church was laid in 1949 and construction finished the following year. 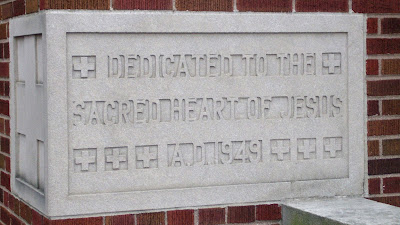 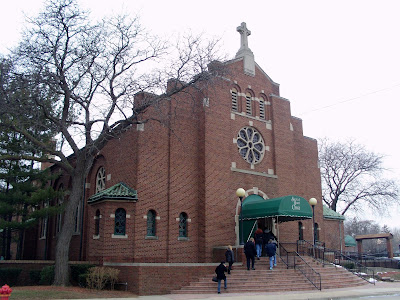 Membership at the parish peaked in the early 1960s with 3,000 registered families. Like many parishes at the time, Masses were celebrated simultaneously in upper and lower churches. 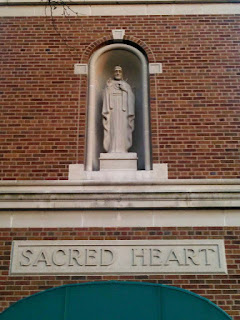 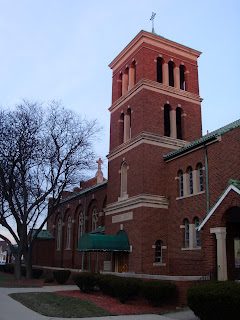 The parish and school grew significantly during the postwar period with about 2,000 students enrolled K-12. Sisters, Servants of the Immaculate Heart of Mary taught at the school for decades until it closed in the summer of 1971 due to a $730,000 debt. 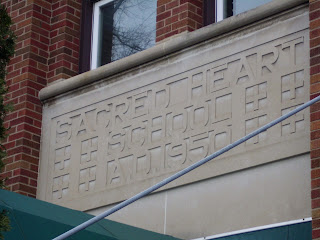 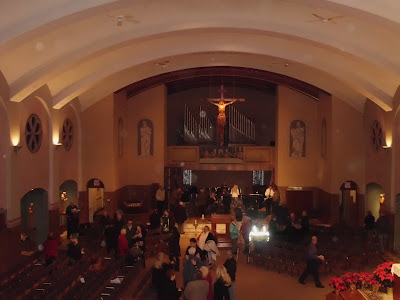 In 1976, the interior of the church was reconfigured with Margaret Cavanaugh as architect. The organ moved to where the sanctuary once was, the altar was moved to one side of the nave, and pews were added to the former choir loft. 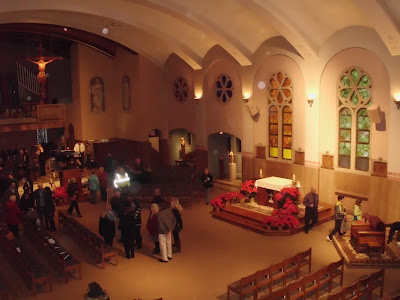 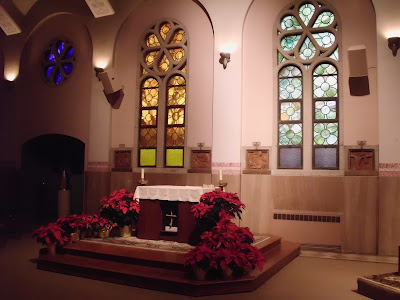 The church saw many renovations in the early 2000s under the pastorate of Fr. Eugene Katcher. Among these: restoration of the sanctuary floor, murals of the four evangelists, and more to match the Mediterranean Revival style of its exterior. 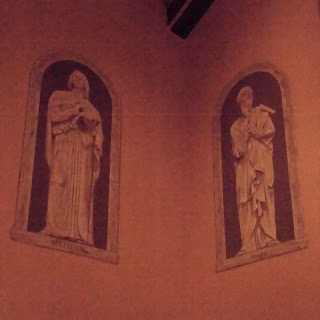 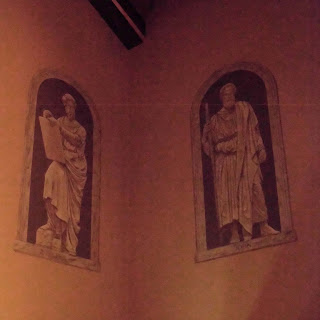 Like many parishes, membership steadily dropped and was at 696 families in 2004. Archbishop Vigneron celebrated the 150th anniversary on October 23, 2011. At the time, there were 550 registered families. 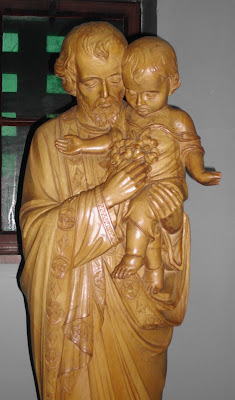 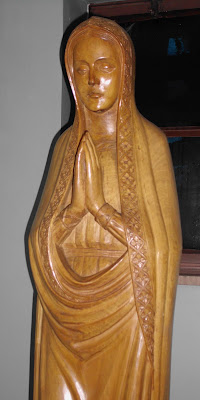 Sacred Heart merged with St. Athanasius, Roseville, and Our Lady Queen of All Saints Parish, Fraser, to form the new parish of St. Pio of Pietrelcina. OLQAS closed the following year. At the time of the merger, there was a combined membership of 1,983 families (311 at Sacred Heart; 831 at St. A’s; and 841 at OLQAS). Rev. Greg Rozborski, a native of Poland, has been administrator since the merger. 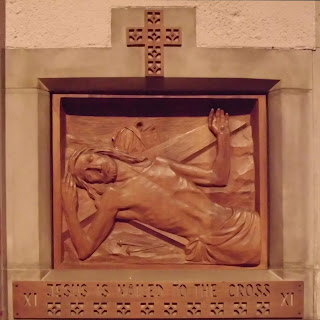 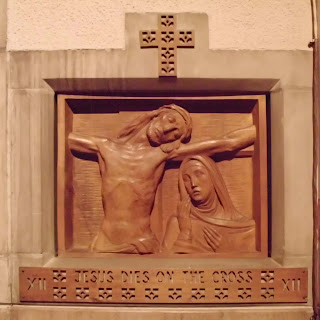 A decorative motif on the ceiling; the rose window above the choir loft. 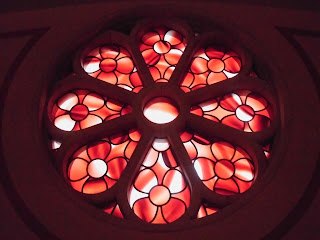 The Sacred Heart of Jesus above the main interior doorway; arch windows above an exterior door. 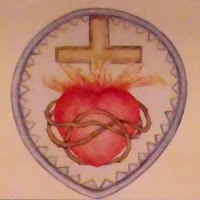 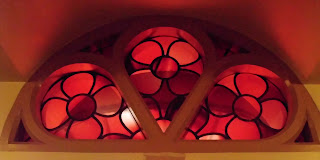 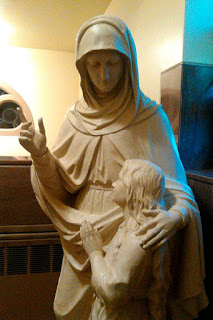 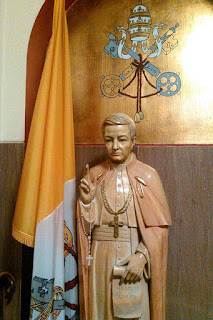 The Sacred Heart of Jesus and St. Thérèse near the main entrance. 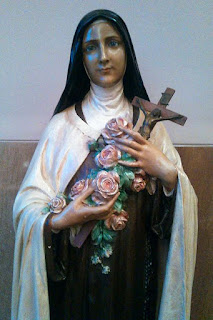 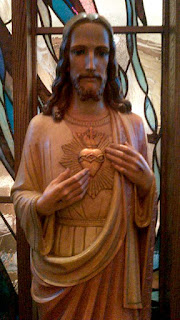 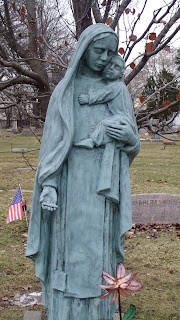 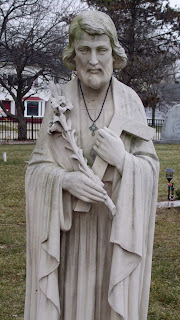 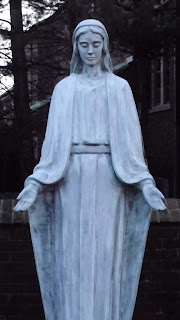 Then-Fr. Walter Hurley was pastor of Sacred Heart 1976-1979. He was later ordained as the 22nd auxiliary bishop of the Archdiocese of Detroit in 2003. Two years later, he became the 11th Bishop of Grand Rapids. Bishop Walter Hurley retired in 2013 but will return to his former parish next Monday for the last Mass. The parish's other church, formerly known as St. Athanasius, is expected to continue. 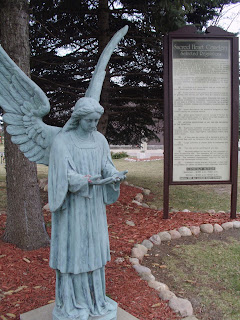 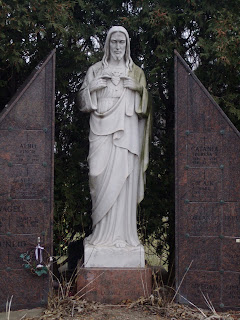 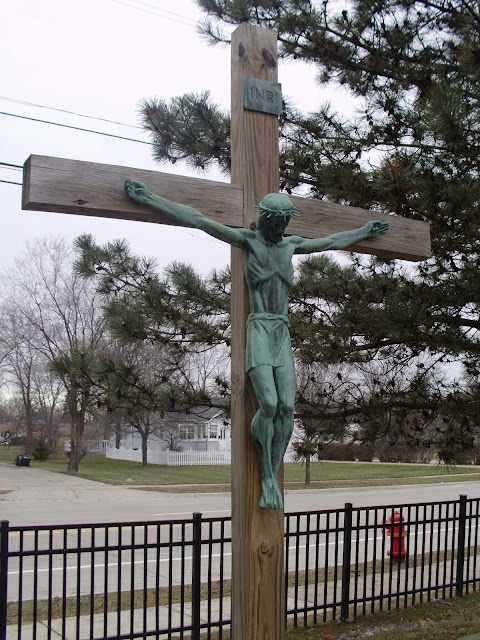