French-Canadians began to settle in "Rivière Aux Écorces", or “The River of the Barks” during the late 18th Century. This was the first European settlement in what we today call Downriver. English-speaking immigrants moved in during the 1830s and it became known as Grand Port, but remained unincorporated within Ecorse Township. Eventually, it was designated a village in 1902 and incorporated as a city in 1941. 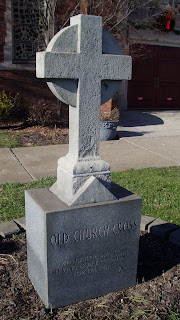 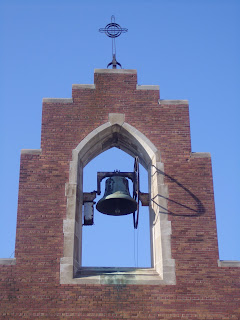 St. Francis Xavier Parish was established in 1848, very close to the Detroit River. A school opened in 1924 and closed in 1969.

Ground was broken on the current church in July of 1951. Msgr. T.G. Morin and Fr. Alexander Wytrwal officiated the groundbreaking ceremony. Others included Mayor Louis Parker, Contractor Joseph B. McCrea, Committeemen Edward Langland, Charles Goodell and David Spaight; Miss Sarah Morin officers of the Holy Name and St. Anne Rosary Altar Societies and parishioners.
The cost of construction was $360,000, or $3.3 million today. J.B. McCray was the contractor and Arthur DesRosiers the architect. DesRosiers also designed many other Detroit-area churches, including St. Hugo Stone Chapel and St. Alphonsus. At the time of construction, the parish had 2,000 registered parishioners and the church was built with a capacity of 900. 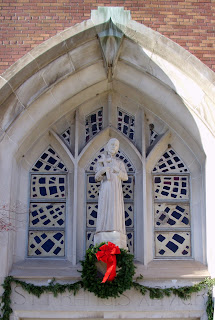 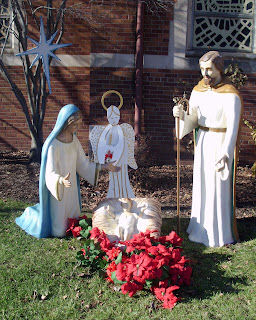 The current church stands on Jefferson Avenue, one block south of the previous location, abdless than a block from the southern end of Outer Drive. 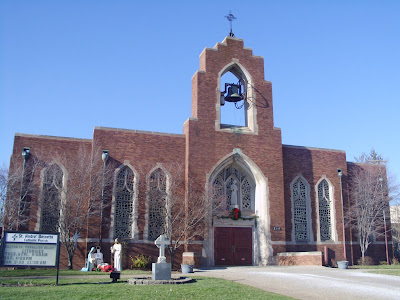 The interior of this church reminds me of St. Ladislaus Chapel in Hamtramck, also designed by DesRosiers and built one year later, with its similar balconies around the sanctuary. 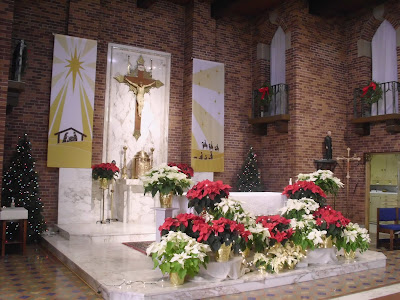 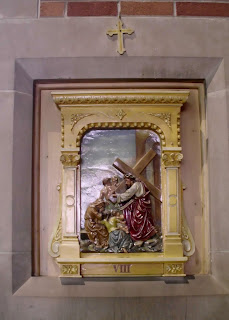 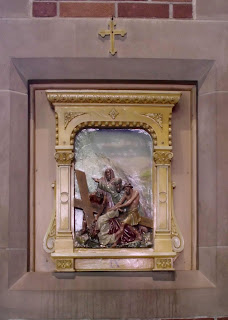 The Blessed Virgin Mary and St. Francis Xavier, the namesake of the church, at the side altars. St. André Bessette, patron of the current parish, along with crucifix. 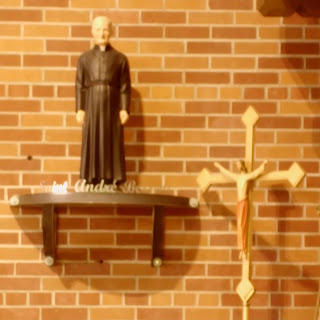 Symbols of the four evangelists are shown in the narthex windows. 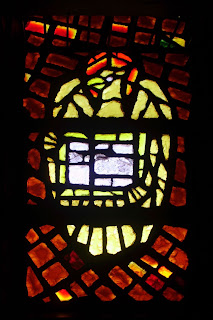 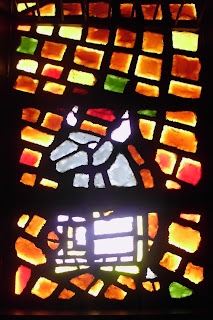 St. Anne and Child Mary depicted along to the stairway to the choir loft; a crèche near the main entrance. 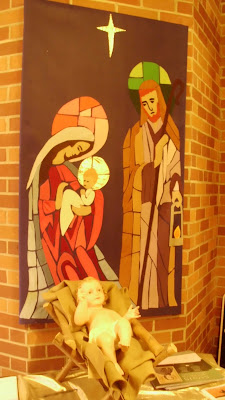 The Apostles are pictured in the stained-glass windows, six on each side of the church. 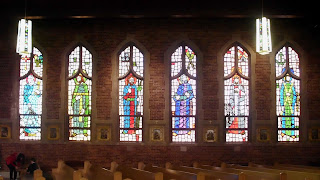 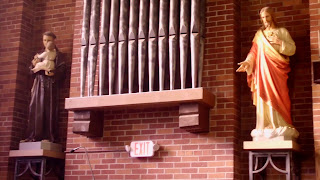 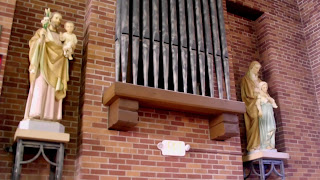 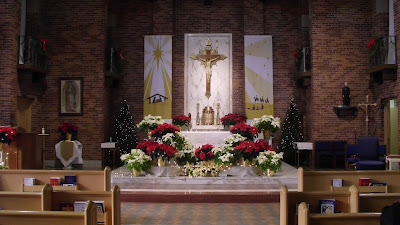 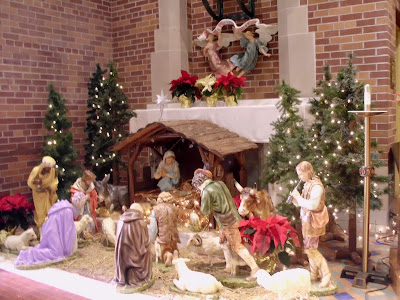 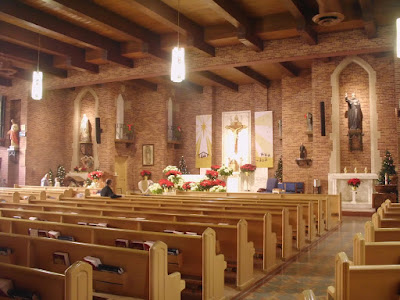