We are going to step out of Detroit for a moment, but not for very long. We are still sort of in Detroit, but really in the enclave city of Hamtramck. Hamtramck at one time was 90% Polish, and still holds on to its Polish heritage (people of Polish descent still held a plurality of the population in the 2000 census) despite it now being more diverse.

In 1907/8 the first church was established in the then Village of Hamtramck. This church is St. Florian. By the mid 1920s, St. Florian had become the 2nd largest church in Detroit (Hamtramck's population increased by 1266% between the censuses of 1910 and 1920) and was in need of a new building for worship. Ralph Adams Cram was chosen for the upgrade. In terms of Ecclesiastical Architecture, Cram is kind of a big deal. The lion's share of his work was for Episcopal/Anglican churches (he was a High Church Anglican) which includes the Cathedral Church of St. Paul in Detroit. The designs of Cram and the sacrifice of the parishioners paid off and American Architect magazine chose St. Florian's as the Best new church of 1929 according to this here historical marker: 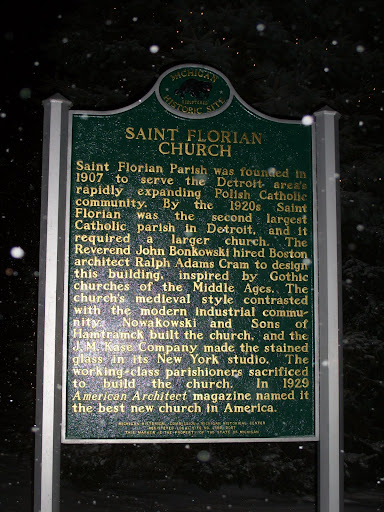 It was the best new Church in 1929, and it remains one of the best in my opinion. I have more pictures, but this is one that should be on your list for seeing in person. They have evening masses during the week, so it could be easily fit into a working person's schedule.

Here is the sanctuary at St. Florian. I visited on January 18th, so of course it was still decorated for Christmas. 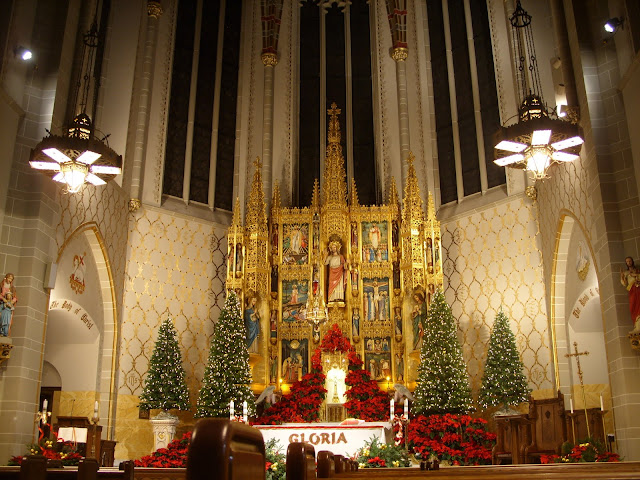 This shot of the Sanctuary lamp gives also a glimpse of the detail on the Reredos. I think these reliefs are carved wood. 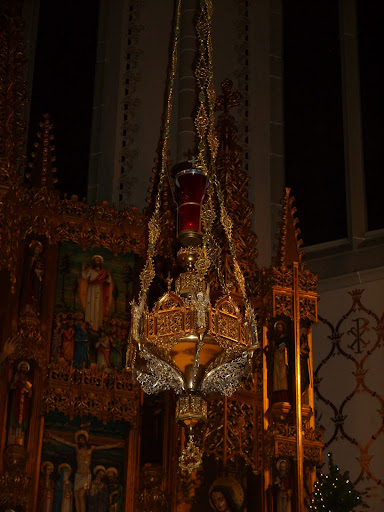 St. Florian and St. Maximilian Kolbe are on the back wall: 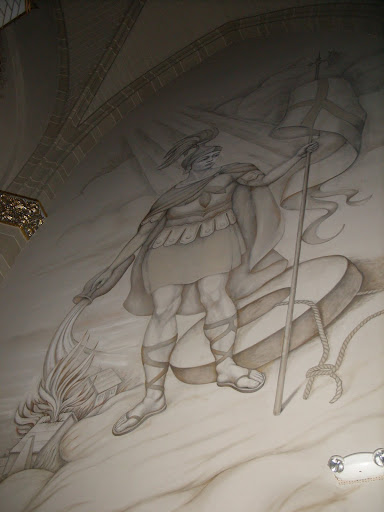 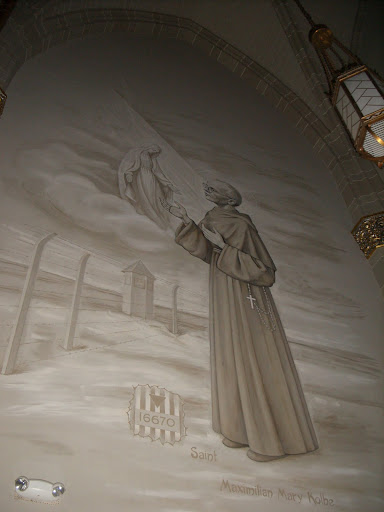 Facade on a snowy night: 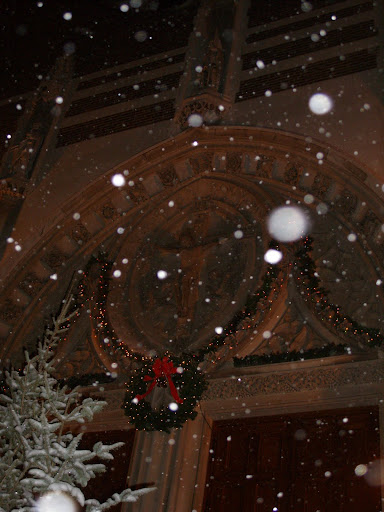 St. Florian has produced a book for their 100th anniversary. It looks rather handsome and full of great pictures, but it is pricey at $50. If you are interested in this parish and its history, this may be a nice addition to your library.


While you are in Hamtramck, how could you NOT want to have some Polish food? I naturally headed over to the Polish Village Cafe which is on Yemans street. Once a cellar beer garden in a gentlemen's hotel, it has been the restaurant since 1976. The gołabki are great, but I didn't have any on the night I stopped in. I opted for the fresh sausage in beer sauce. When the waiter asked if I would like horseradish, I nearly burst with excitement. Love me some horseradish. The main course was great, but it really shared billing with the cup of dill pickle soup. You simply must try it. 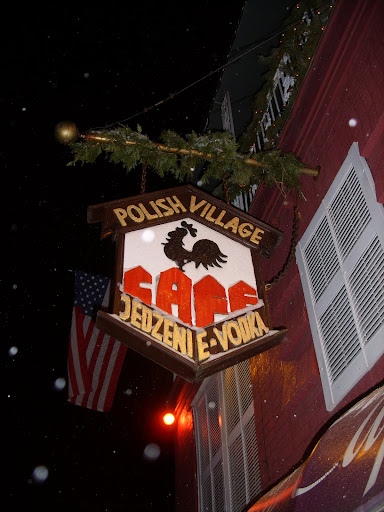 while you mentioned how easy it would be to visit in the evening, I think you missed out on what I considered the best part when I visited once (I made it my favorite church!) -- the stained glass windows!

Yes. (Winter) evening visits do put a damper on things such as stained glass. Pity. I'll likely be back though.